Pick me, choose me: An oral history of pick me girls, pick me boys, and how to avoid becoming one 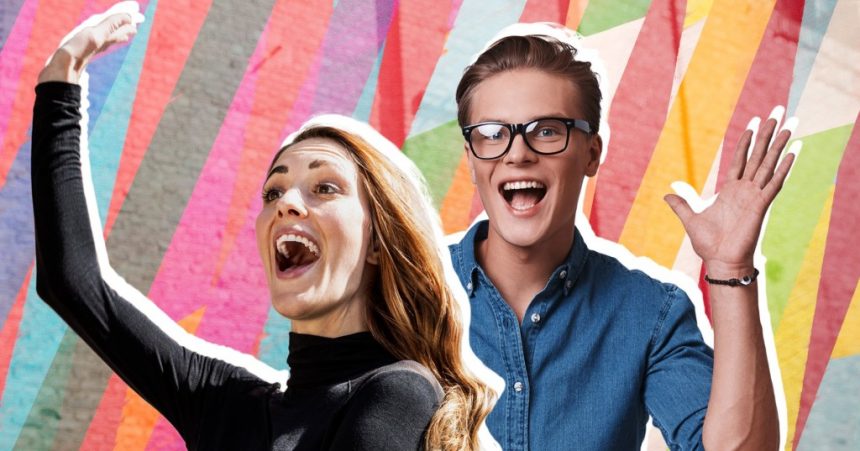 Calling out ‘pick me’ behaviour has blown up on TikTok this past year. (Picture: Getty/metro.co.uk)

We’ve all seen that scene in Grey’s Anatomy, where Meredith Grey begs McDreamy to ‘pick me, choose me, love me,’ only for him to be a no-show.

For some, it is a simultaneous declaration of love and desperation so infamous that it will go down in pop culture history.

But for many, many, others, this ‘pick-me’ mindset has become a way of life. According to Urban Dictionary, being a ‘pick me’ involves doing ‘anything that will get attention and approval, including bringing other people down.’

The internet first started noticing (and relentlessly making fun of) what they defined as ‘pick me’ behaviour in 2018, with the #TweetLikeaPickMe hashtag challenge going viral as countless users parodied grandinose, ‘pick me’ declarations women would make about the lengths they’d go to be a good girlfriend in order to, presumably, get a man’s attention.

From there, the ‘pick me girl’ and later ‘pick me boy’ archetype both exploded on TikTok in 2021, with TikTokers using them as the basis of comedy sketches while other creators simply post screenshots of their encounters of purported real life ‘pick mes’ to lay their behaviour bare.

In turn, the two terms have exploded both on TikTok and into the cultural zeitgest, with the TikTok tag #pickmegirl boasting 1.3billion views while #pickmeboy has amassed close to nearly 350million views and counting.

I am not like girls in this generation I take CARE of my man, I cook for him everyday, chew his food, spit it into HIS mouth and tell him heâ€™s my king. Truly not like you hoesðŸ˜Œ #TweetLikeAPickMe

What’s the difference between ‘pick me’ girls and ‘pick me’ boys?

The concept of the ‘pick me girl’ boils down to eye-roll-inducing catchphrases like, ‘I’m not like other girls’.

The ‘pick me girl’ refuses to hang out with other women because they’re ‘too much drama,’ and prefers to consider themselves as ‘one of the guys’.

They go to great lengths to show they’re the quintessential ‘cool girl’ who is laidback, interested in sport, can handle their beer, and naturally gorgeous — not like those other girls who cake themselves in makeup.

The problem is, the ‘pick me girl’ is only acting this way in order to get male attention, and by constantly positing herself as superior to other girls, is kicking them down in the process, which is neither very girlboss nor women-supporting-women.

Because the ‘pick me girl’ is constantly mocking other women, pretending to be someone she isn’t to get the attention of men, she isn’t a very popular figure on the internet, and so is unsurprisingly the punchline in the countless TikTok skits about her.

For many, these comedy sketches act as a call-out of the internalised misogyny that underpins the ‘pick me girl’s’ behaviour, and this is what connects them to the ‘pick me boy.’

Although the ‘pick me boy’ is different in a lot of ways, the essence of online content made about them is designed to call out manipulative, ‘nice guy’ behaviour which is once again rooted in, surprise surprise, misogyny.

In general, ‘pick me boys’ use extreme self-deprecation in order to garner sympathy and (in their eyes) romantic attention from women.

They will usually try to fish for compliments, describing how ‘ugly’ and ‘annoying’ they are and how they are unworthy of your attention in the hopes that you will disagree and stroke their ego.

We all love fishing for compliments every now and again, but the problem with the ‘pick me boy’ is that he is knowingly taking advantage of a person’s empathy in order to get a date, which is a form of emotional manipulation.

As a lot of these TikTok sketches or real-life examples show, these kind of ‘pick me boys’ often have little understanding of boundaries: continuing to trauma dump and talk about how ugly they are even when you have demonstrated you have no interest in talking to them.

Further to this, they often also undergo a personality transplant once they’ve been rejected: turning to aggression, insults, or bitter mutterings that ‘nice guys always finish last’.

This goes to show that half the time, these men aren’t even genuine with their low self-esteem and other anxieties — but even if they are, they need a therapist, not a girlfriend.

Like the ‘pick me girl,’ the ‘pick me boy’ tries to subvert typical characteristics associated with their gender (which, in men’s case, is masculine bravado) — but in the process, they look all the worse for it.

How can I spot and avoid ‘pick me’ behaviour?

Although the ‘pick me’ girl and boy dichotomy has centred a lot around dating so far, ‘pick me’ behaviour can be applied to any social setting: from wanting to get the approval of a new friendship group to wanting to get pally with your supervisor in the hopes of snagging a promotion.

The jokes on TikTok might be exaggerated, but they don’t come from nothing — ‘pick me’ behaviour is very much real, and this is how to avoid it in your day-to-day life.

Don’t pretend to be someone you’re not

For many, ‘pick me’ behaviour might involve acting in a way that’s not entirely true to who you are, but as corny as it is to say it, pretending to be someone you’re not in order to get someone’s attention will just end up blowing up in your face.

For example, saying really into a type of music when you’re not will only serve you in the short term, because what are you meant to say when they then ask a really specific question about that music genre?

It would then be really obvious you lied to impress them. This will reflect badly on you because not only will you look dishonest, but you’ll also just look really desperate which, to be honest, is really unattractive whether in a dating or platonic context.

'Prosecco at any time of day': People share their favourite airport rituals

How I Do It: 'I'm not interested in monogamy – here's a week in my sex life'

More generally, if you find yourself acting a lot differently than you usually do around a specific person/group of people, going out of your way to do favours for them, or saying/doing specific things with the sole purpose of eliciting praise and attention, then you’ve unfortunately been struck by the ‘pick me’ bug.

Don’t bring other people down

These behaviours all involve demeaning yourself in some way to get someone’s approval, which you shouldn’t do because you’re worth more than that. But what’s worse is when, in the desire to impress someone, you try to demean others too.

We all know those friends who completely change in front of new people: suddenly making you the butt of all their jokes in order to impress them, and a similar type of behaviour might occur in the office, too.

You might, for example, come across co-workers who are constantly in their superiors’ ears about what minor mistakes you have made, all while bigging up their own achievements in an imaginary, one-sided rivalry.

Whether you’re doing it in order to amplify your own ‘good’ qualities to the desired person, or if you feel somehow threatened by your friend or co-workers presence, don’t drag them into your ‘pick me’ behaviour.

After all, if you kick people down on the way up the ladder, there are fewer people to catch you when you fall.