Dannii Minogue to host monumental new gay dating show called I Kissed a Boy and, we cannot stress this enough, what a hun 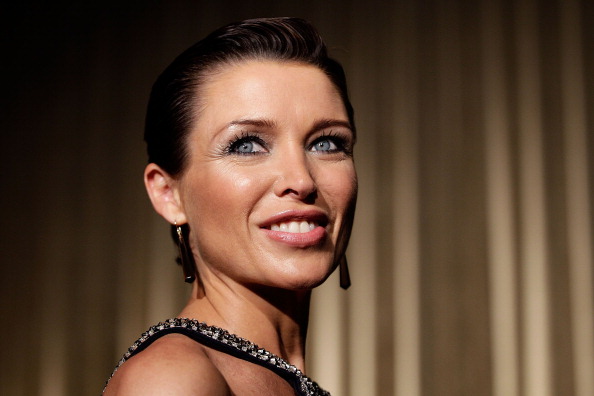 The former X Factor is ‘thrilled’ for the show to be launching (Picture: Brendon Thorne/Getty Images)

Dannii Minogue is set to to help a group of hopeful singletons find love on a brand new gay dating show, as the participants jet off to Europe in search of Mr Right.

On the modern TV landscape, there’s certainly no shortage of dating programmes, from First Dates to Love Island and Are You The One?

However, there is a notable lack of LGBT+ representation, particularly considering fans of Love Island have been petitioning for the competition to make a conscious effort to include gay islanders in the line-up for ages.

Along comes former X Factor judge Dannii to help fill the void, hosting a show called I Kissed A Boy on BBC Three.

The eight-part series will follow 10 single men as they embark on a trip to Europe to find their Mr Right.

Rather than be eased into the process, they’ll have to test their physical connection straight away as they lock lips with their strongest matches before they’ve even had a chance to get to know each other.

SOS – new dating show I Kissed A Boy is coming to #BBCThreeTV. Hosted by icon @DanniiMinogue. We are swoooooning. pic.twitter.com/8QVWprPAIz

After kissing for the first time – with no small talk beforehand whatsoever – they’ll then carry on with their journey to find Mr Right, as preconceptions are challenged and tough decisions are made.

Some of the men might think they’ve found the one, before their attention strays to someone else… anything’s possible!

Dannii, 50, has expressed her excitement over taking part, emphasising that ‘love is for everyone’.

‘There are millions of people in the UK looking for love. And I believe love is for everyone,’ the singer and TV personality said.

‘So I am so thrilled for a gay dating show to be entering the sea of other dating shows that have existed on TV for years.’

Stating that she’s been ‘a staunch ally of the LGBTQ+ community for as long as I can remember’, Dannii said that her close friends would describe her dream job as ‘Cupid’.

‘So this gives me that flutter-of-love feeling inside too, just to be a part of it,’ she added. ‘Let’s hope there is love, sealed with a kiss!’

I Kissed A Boy is due to premiere on BBC Three and BBC iPlayer.