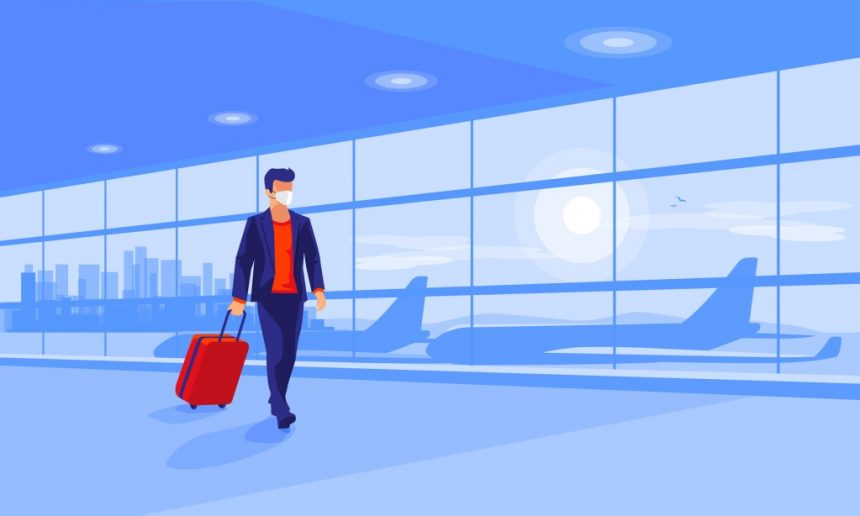 I didn’t see the signs at all until it was too late (Picture: Getty Images/iStockphoto)

In lockdown, I turned 39 and reluctantly signed up for multiple dating apps as I had given everything else a go.

Basically, I didn’t want to be single when I turned 40 – for the eighth year in a row.

I kept being encouraged by friends to use Plenty of Fish, and Tinder – as well as Asian Date (an app specifically for Asians) and Shaadi, which is an Asian marriage app.

All I wanted was a Sikh woman to settle down with, to get married and have kids, but I’d had enough of the dating game and was feeling quite low.

After swiping left for most women, I came across a lady who seemed perfect for me. She was from the Sikh community, didn’t drink or eat meat and seemed like she had similar interests to me. Her photo was simple and she looked nice. I’ll call her Sandi.

She did live in Singapore, which is thousands of miles away from me in the UK but I’d had my location set to ‘worldwide’ so, all things considered, I decided to swipe right.

I couldn’t wait to speak to her and messaged her instantly to ask how she was and what she’s looking for in a person. She replied, we exchanged numbers and spoke on the phone, every day.

I had been feeling vulnerable and was fed up with women in the UK, as it seemed like they just wanted to waste my time, and were very arrogant. To me, this seemed too good to be true – I thought I’d hit the jackpot.

Soon after we matched, we were messaging daily. She was gentle, kind, always making the effort to call and be there for me – she truly sounded like she would be the perfect wife.

I had never expected this when I had signed up to try dating apps but, within just a few months I was head over heels in love. I told her how I felt. She responded saying she felt the same.

Being someone who is quite trustworthy, I didn’t see the signs at all until it was too late.

We mainly used WhatsApp to communicate and every time I’d ask for a video call, she would make an excuse. This was usually the fact that she wasn’t able to as she lived in an extended household, and was a carer for her grandmother.

As the culture is exactly this, I wanted her to feel reassured that I understood, particularly because she told me that she’d experienced a lot of judgement from previous guys she’d spoken to. Men would ask if she was a virgin, how many guys she has dated, whether she planned to live with in-laws after getting married, and so on.

We continued to speak and, over that time, she convinced me that she’d move to the UK to live with my family. We agreed this would happen in the next year or so. She told me she needed to finish some exams first, as she was studying to be a lawyer, so she could get a job.

I told my family that I had met someone online and that I wanted to marry her. They weren’t keen as they knew nothing about her and felt that it was too rushed.

Then, one day – after we’d been messaging for two months – she asked for me to send her £5,000 to help support her with her bills.

She said she needed to pay for utilities, her phone bill, car insurance and a loan she had taken out to further her career by getting a qualification.

I didn’t suspect anything as I felt I could trust her. I was happy to help her. I could hear the stress in her voice.

Following that, a few weeks later she told me she had fallen ill with a heart condition. I panicked, worried that I might lose her and I was so scared. She needed money for hospital treatments and asked me to help. I sent her £1,000 immediately, never thinking at all that something was off with her requests.

This went on for a few months. She said she was having further tests, that they could not identify the problem and that she was in and out of hospital.

Every time she told me she had to go back into hospital, I sent her more money, hundreds each time. But, even when she was out of hospital, the requests came.

She said another family member had fallen ill who had mental health issues and was in a care home. It was always a case of something coming up that she couldn’t afford to pay for.

After five hours of sitting there on my own, the penny finally dropped: this person wasn’t real. I had been catfished

By this point, I had been sending her money for eight months. But I couldn’t stop myself from offering to help. This was someone who I thought was going to be my wife, so I didn’t see the red flags. I was blinded by love.

I was desperate to settle down and I had never experienced the kind nature that this woman had from other women.

In the end, I got to a point where I just wanted to see her. We met online during the pandemic, so there had always been restrictions on travel conveniently in our way. When the ban on travel lifted, I booked my flight to Singapore, due to leave in a matter of days after booking.

I felt nervous, anxious, scared and at the same time had butterflies in my stomach as I had fallen for Sandi.

She was really happy that I was coming and was excited to see me. Taking into account covid tests, the flight, and having to quarantine on arrival, it cost me around £3,000.

I set off feeling full of anticipation and excitement. When I arrived, 13 hours later, I couldn’t wait to be picked up at the airport by my future wife. All I wanted to do was run up to her, hug her, feel her warmth.

But when I came out of arrivals, I couldn’t see anyone waiting. I thought she must have got delayed, so I sent a message and called but there was no answer.

I sat down and I waited for her. One hour led to the next, and the next. And after five hours of sitting there on my own, the penny finally dropped: this person wasn’t real.

I had been catfished.

I felt shocked. I was confused, lost and really hurt. How could I have been so stupid? I thought about all the conversations we had, and played my parents’ advice to not rush over and over in my head. What would I tell them?

Despite my ‘future wife’ not turning up, I had to stay in Singapore to quarantine, which was so painful, and mentally draining. After 14 days of quarantine, I decided to spend a few days there on my own, taking in what had happened – and also trying to make the most of the beautiful country.

I was completely broken and the break, and time to myself, was something that I needed.

I knew for sure that Sandi wasn’t who she said she was as the messages I had sent weren’t delivered, and my calls weren’t going through.

I reported it to the police in Singapore – but there wasn’t much they could do.

I contacted Tinder straight away and they just deleted her account.

In the end, I had sent at least £20,000. I am still fighting my case to get my money back from the bank who have said they cannot pay me back the thousands I had transferred across. They’ve said that it’s my fault, and that I should have known that the person wasn’t genuine.

The whole ordeal left me distraught, mentally broken and with constant, churning stomach pain. My health has suffered, and so have my family, as they felt embarrassed about what the Sikh community would say if they found out.

I got myself into debt to help a person who didn’t exist. I changed my life to be with someone who wasn’t real. I was in a bad place for a long time, as a result of what happened to me.

Last year, I finally met someone from Canada through the Shaadi dating app. She is Sikh but even after falling in love, I still wasn’t able to trust that it was real until we met in person.

After 10 months of dating, I married my now wife. I am happy, but I do still have doubts as she is still in Canada and the process will take some time for her to come to the UK.

Being catfished was something that I thought never existed until it happened to me and broke me. I was vulnerable, blind and naive. The world of dating has changed and so many are using dating apps, without a second thought.

Two months after our only date, he asked me to pay him back

My advice would be, if you are speaking to someone, make sure you know it’s really them. You need to speak to them via video call, you need to see them in person, and don’t send any money to anyone – even if you feel sorry for them.

The stories these scammers on the other side of the phone tell are just ways to manipulate you, and make you do what they want you to do.

I realised when it was too late, and I don’t want others to fall into the same trap as me.

Be cautious, safe and always verify that they are really who they say they are because catfishing can destroy your life – as it did mine.

As told to Minreet Kaur

MORE : Megan Barton-Hanson blocked from dating apps: ‘They thought I was a catfish’

MORE : Mum-of-two says she was catfished 25 times in one year on dating sites

Two months after our only date, he asked me to pay him back


These are the worst things to wear on a first date, according to new research