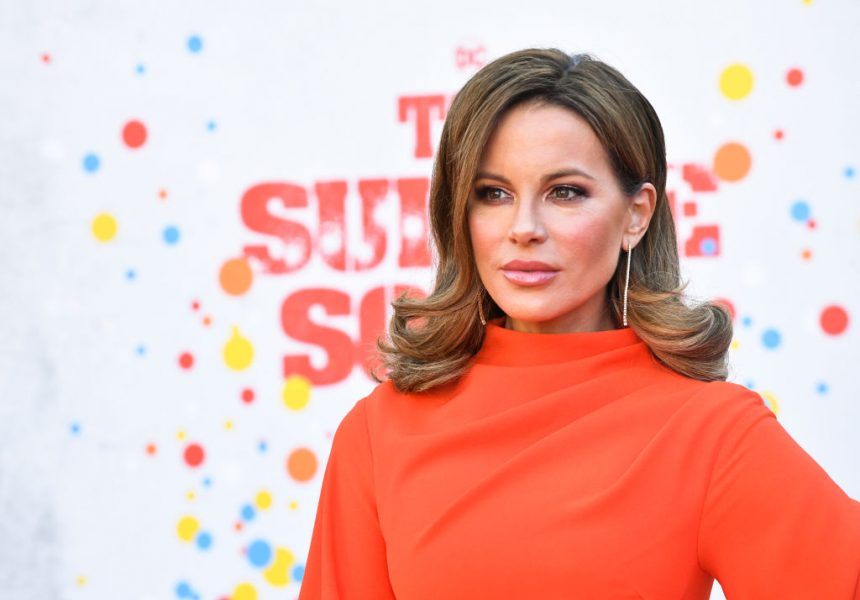 I was in a bar in Covent Garden having after work drinks and I saw a guy staring over at me.

And then, my colleagues – having noticed what was going on – started waving him over. All happily in relationships and 10 years older than me, they thought this was a great evening’s entertainment.

I remember a slightly sweet, innocent conversation: what’s your name, who are you here with and ‘you look like Kate Beckinsale’.

That was a major compliment, so yeah, he was doing pretty well in the chatting up stakes. He asked to buy me a drink so off we went to the bar and soon enough he asked me for my number.

I gave it to him and when he messaged me to ask me out the next day, I thought ‘why not’.

Why not, right? I was in my early twenties, and enjoyed nights out with my single friends, spending my very tiny salary on cheap nasty wine and tequila shots after a dinner of three packets of posh crisps.

I was clearly just a mere stand-in for Beckinsale, but that didn’t put him off (Picture: Rodin Eckenroth/WireImage)

You know, drooling over T4’s Steve Jones and wondering why I wasn’t rich and beautiful but miserable, like everyone on the OC.

So, with nothing to lose, off I went on my date.

I thought it was strange when he suggested we return to the same bar where we had first caught each other’s eye – especially when he described it as ‘where we first met’.

That might have been nice if it had been our wedding anniversary. However, I put this act of premature sentimentality down to a one-off bit of soppiness.

The date started pleasantly enough – it was clear there wasn’t much of a spark, but that was the least of my problems.

It turns out his reference to Kate Beckinsale wasn’t just a spot of celebrity lookalike flirting, he was hopelessly in love with her!

I was clearly just a mere stand-in for Beckinsale, but that didn’t put him off.

He told me repeatedly that Serendipity was his favourite film (you’ll never guess who the star of that movie was). It was also his word of the night.

I still can’t hear that word now without being transported straight back to that bar and picturing good looking bar guy with a Kate Beckinsale cut out on the stool next to him.

I don’t remember there being much conversation about me, and everything he said ended with ‘Kate’.

In my defence, I wasn’t clued up on the etiquette of what to do when you’re on a date with someone who wishes you were someone else, so I just meekly smiled and made notes to tell the story to my colleagues the next day.

‘Oi Kate, do you want a coffee?’ rang out for a few days in the office.

After a couple of hours I was brave enough to suggest calling it a night and nearly cried when I realised we were both getting the Jubilee line.

To make matters worse, when we got up to leave he slipped off his bar stool – not very leading man.

I headed one way, he – to my enormous relief – headed the other, and never contacted me again – clearly I wasn’t the Kate he was looking for.

I would like to say I was more selective about who I looked at in bars again – but it only went from bad to worse.

I dated a guy who – serendipitously or just a total douche bag, you decide – dumped me in the restaurant we went on our first date in.

At one point, I lived in a house share where everyone was coupled up and they used to actually stand up when I came in from one of my disastrous dates and gleefully ask, ‘so, what was wrong with this one then?’

I have heard every line out there.

‘I’m feeling too fat to have sex with you.’ ‘I like you but I have needs so when I’m away for two weeks I’m not going to say no.’ ‘I’m so close to marrying you but I think we should stop before this gets too serious.’

The second question I’m usually asked following ‘what was your worst date?’ is ‘so, do you actually look like Kate Beckinsale?’.

I would say at one stage in my very early twenties I suppose there was a passing resemblance. Brown hair, brown eyes, and a fresh face despite all the cheap wine and late nights.

Yes, to have her eternal youthful looks, her awesome cat and her bank balance. But not if it meant putting up with men like this guy!

MORE : He took me to McDonald’s on our first date – I was so appalled I faked a family emergency to get out of there