One in ten dump their first dates if they get too competitive, says study 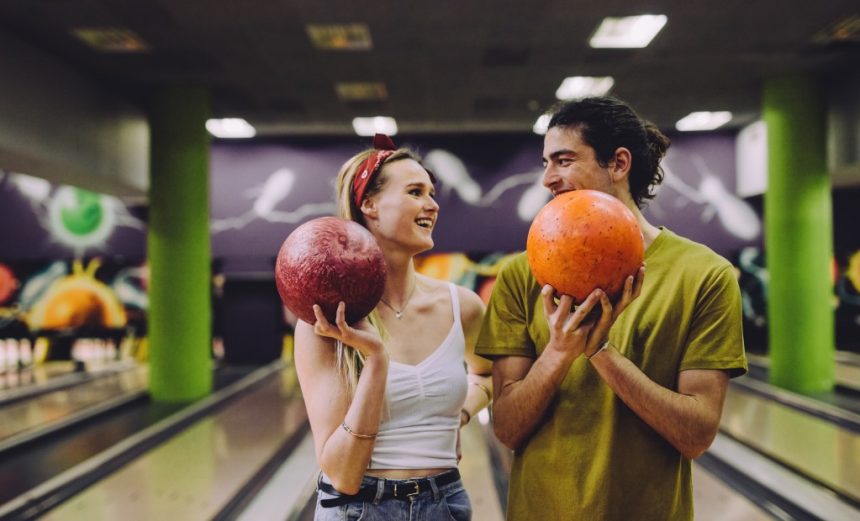 Do you hate losing? (Picture: Getty)

An activity date is a great way to break the ice when meeting someone for the first time.

Whether it’s bowling, darts or table tennis, there are a number of ways to have fun on an introductory date, while also getting to know someone – and it’s a slightly less intense option than a more formal dinner.

But a new study of 2,026 adults has found that a competitive nature could get in the way of potential love.

In fact, one in ten singles would dump a potential partner if they got too competitive on their first date – says new research.

It seems playing sports or games, such as bowling, can end in disaster for many couples – as some people simply hate to lose.

According to the study, carried out by Topgolf, around 13% of men say losing to a new partner is a massive turn off for them – while 9% of women admitted the same.

Women also revealed they were more likely to try and ‘crush’ their first date in a game – with 6% saying they would do this, compared to just 3% of men.

Who are the 'overemployed'? Meet the people secretly working two full-time jobs

How doing YearCompass could change your life

How I Made It: 'I'm a forensic scientist specialising in tattoo analysis'

Singles in London also appear to be affected the most by this phenomenon, as they are more likely to dump a first date for being too competitive – followed by those from Newcastle, Birmingham and Cardiff.

Michael Hay, a spokesman for the study, said: ‘Engaging in competitive activities is a great icebreaker for nervous singletons.

‘But it’s important that things are kept friendly and the result shouldn’t spoil the chances of finding love.’

MORE : This is the age that officially qualifies as ‘old’ – according to new study

MORE : ‘Pleasanteeism’: Most of us are putting on a brave face at work, says study

MORE : New study reveals the filthiest parts of your car – and they might surprise you