Sex zoning: When you’re on the other side of the ‘friend zone’ 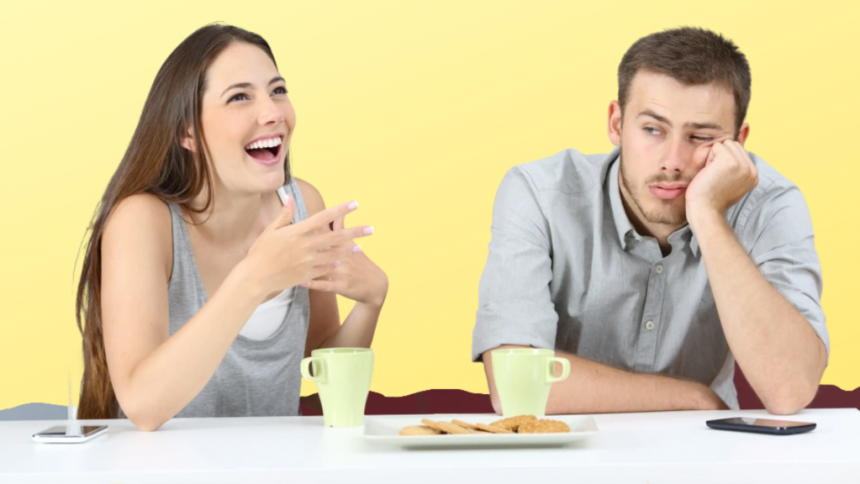 The friend zone has become such a popular trope that it barely needs explaining.

From Ross Geller becoming ‘mayor of the friend zone’ in Friends to pretty much every male rom-com character we’re supposed to root for, the idea of being ‘demoted’ to friend status is a staple in popular culture.

The story usually goes like this: Boy meets girl and falls in love, but doesn’t make his feelings known for years (or even decades) on end. He eventually does, usually because she had the audacity to pursue someone else, and she realises what a sweet, kind man was under her nose all along.

During this predictable journey towards happily ever after, we’re reminded that the romantic lead has been ‘friend zoned’ by the object of their affections. But, if we look from the opposite perspective, it seems more as if the person in the friend zone is the one doing the manipulating.

This plays out in real life too.

Research has shown that a far higher proportion of men feel like they’ve been friend zoned than women, suggesting there’s a gendered aspect to how we view male and female friendship. Men feel negatively towards the ‘just friends’ label and see it as a rejection, while women feel objectified or like their companionship is not valued.

Many of us have experience of the other side of friend zoning – which we’re calling sex zoning – whether it was a friend who was unknowingly after more than friendship or a romantic partner who didn’t make it clear they only wanted a physical relationship.

Where the friend zone implies you’re trapped into being seen solely as a friend, being in the sex zone means being seen as a sex object or conquest and not a whole person.

This can happen in both sexual and non-sexual relationships, particularly in f*** buddy or friends with benefits situations.

You may think someone genuinely cares and listens but, unbeknownst to you, they’re waiting in the wings for the chance to get you into bed. Things that look to you like kind gestures aren’t heartfelt, rather ploys to manipulate your idea of them with a view to a sexual relationship.

Either the relationship fizzles out when the sex zoner gets bored of waiting, their tactics work and you do have sex, or their intentions come to light and you’re left questioning what went wrong.

According to psychotherapist Heather Garbutt, being sex zoned can be devastating for those on the receiving end.

She tells Metro.co.uk: ‘If you have been sex zoned, you’re probably feeling pretty used. You won’t feel very emotionally connected in a healthy way, but more likely to be trying harder and harder to be of value to the other person.

‘You are likely to feel very lonely and it can even create feelings of desperation. None of this is good for your self-esteem.’

The damaging impact of sex zoning, as with most relationship problems, can be avoided with better communication. Unfortunately, it needs to be honest, two-way communication, so you’re relying on your date or friend doing their part.

Heather suggests being clear with your own expectations to remove any ambiguity from conversations.

‘Ask yourself if this is what you want? What are you looking for in life?’ she says. ‘If you were looking for a long term committed relationship, wasting time on anything less it is of no use to you whatsoever.’

She adds: ‘If your self esteem is such that you think this is the best you can get, then I can tell you now, that is patently not true. Don’t settle for anything less than what you want.’

That isn’t to say that someone desiring you physically is a red flag. Some may want no strings attached fun, and it’s only if they’re disingenuous or dehumanising towards you that it becomes an issue.

Heather says: ‘There are lots of influences in our culture that cause us to centre around physical attraction and chemistry. It is still a status symbol to be in a relationship with somebody who is good looking.

‘If your ego is such that this is the level that you are working on, you may need to do some work on yourself too. It is not likely to get to you a very satisfying relationship.’

Sex zoning perpetuates the idea that friendship is some sort of booby prize, as well as misogynistic stereotypes that men only want sex and women are only valuable for their sexuality.

If you see that happening in your relationships – whether you’re the sex zoner or the sex zonee – it’s worth exploring the root cause.

Heather says: ‘As human beings we are ever evolving and sometimes, previous generations – parents and grandparents – were not always as emotionally expressive as we would like them to have been.

‘If they were emotionally unavailable, we are likely to look for somebody who is equally emotionally unavailable. If the person we are attracted to is very much concerned about physical appearance, are they unhealthily vain at your expense? Be careful to ensure you are not giving away your power and self-respect.’

Once you’ve worked out exactly what you want from a partner, you can move forward ensuring you’ve effectively communicated that, free of worry about misrepresenting your needs or having to play a guessing game.

‘It is always better to create a relationship with someone you feel at home with on an emotional level,’ adds Heather. ‘Someone with whom you can be yourself, in whom you can trust to have your back and feel as loved as you are loving.’

Next time you go to use the phrase ‘just friends’, perhaps think about why we downplay mixed gender friendships.

Is it really so bad to be friends with someone, or are you just sex zoning them and dismissing what they bring to the table?

MORE : How to navigate an ambition mismatch in a relationship

How to navigate an ambition mismatch in a relationship


Are you being ‘bluelighted’ in your relationship?