How to navigate an ambition mismatch in a relationship 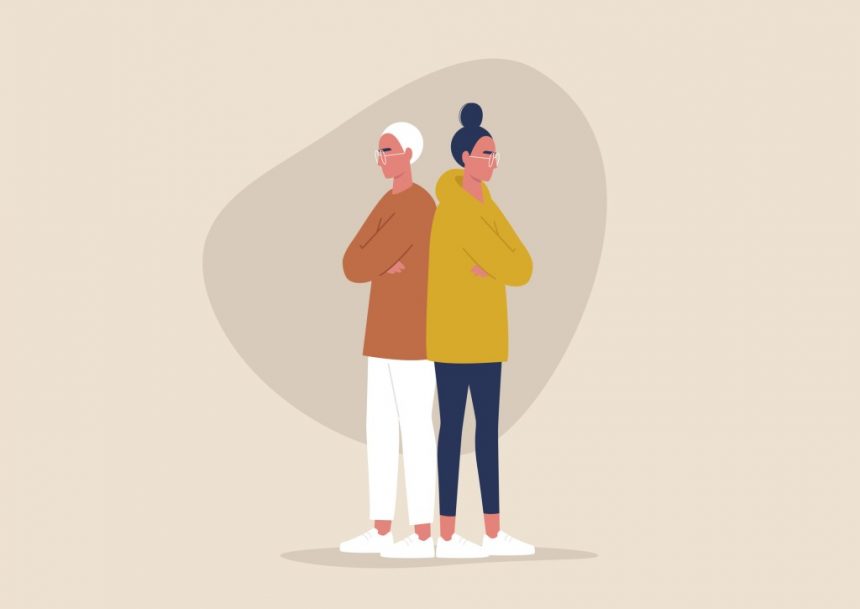 Do you feel like you work harder than your partner – or maybe you have different goals? (Picture: Getty/iStockphoto)

When you’re in a relationship, it’s really important to be on the same page as your partner.

Although it’s healthy to be your own person, and retain your individuality and independence – it is always going to be helpful if you’re aligned on the big stuff.

This is particularly important when it comes to ambition. Do your visions for your lives, your hopes and dreams for the future match up?

Whether it’s about working towards owning your own home, or simply having more living space, or zyou’re serious about being successful in your career, it can be really challenging if your romantic partner isn’t right there with you.

It can lead to resentment, feelings of irritation, a loss of attraction, and also make you feel as though your desires aren’t being taken seriously.

‘Being ambitious in life and in a relationship means having a goal for the future and working towards it. If your partner, date, or husband is more laid back and doesn’t know what he wants in life, that can be quite complex.’

Callisto gives a classic example of if your partner doesn’t want kids for the moment, but you’re ready to have one.

‘This type of differentiation can lead you to a lot of arguments and slowly romantic feelings will fade,’ she says.

‘This is a heartfelt topic and something that both partners need to take part in.

‘On the other hand, if you and your partner don’t have the same preferences for food, music, politics, that can impact your relationship on a small scale.

‘You might argue slightly and hold grudges to some extent but that isn’t a deal-breaker.’

So, the level to which an ambition mismatch can impact your relationship depends on the matter at hand. How important is this issue to you – and how important is it that the person you’re with agrees with you?

‘An ambition mismatch isn’t always a bad thing when you’re in a relationship,’ Callisto adds.

You don’t always have to be heading in exactly the same direction (Picture: Getty/iStockphoto)

‘It becomes a bad thing the moment that you don’t find a middle way to balance it. If you support one another in your different ambitions then this mismatch can’t have a negative impact.

‘Hence, the moment you can’t balance it and this becomes a source of having fights then that’s a bad thing.’

How to find that balance? Well, as with so many things in relationships, it comes down to good communication.

‘If you two talk about your ambitions and what you can do to make them work,’ says Callisto.

‘It’s important to support your partner in their goals, while you work on your own dreams too. The key answer is sacrificing for one another, but never to the extent that it would harm you or your own ambitions.’

Callisto adds that it can really depend on how long you have been with your partner. An ambition mismatch might be a bigger problem if it becomes apparent early in a relationship.

‘Being in a relationship for a long time, it’s important to create an understanding between partners,’ she adds. ‘To have a successful relationship doesn’t mean to have only similar goals or interests.

‘I encountered a question on the internet when someone said – “what’s more important love or ambition?” In order to have a successful long-term relationship, you need to combine these two.

‘Otherwise, the relationship can become boring.’

How to cope if an ambition mismatch is causing problems

If you do feel as though there is a significant mismatch in your relationship, and that it is causing resentment – maybe you feel like you work harder than your partner, or you feel that they are holding you back from achieving your ambitions – what can you do about it?

‘There are a variety of techniques or tips that you can use to deal with this issue,’ says Callisto.

‘If you’re at the beginning of the relationship or just dating, then sit down and talk with one another. Look at each other’s ambitions and figure out how can you intertwine them with one another. Combining your ambitions can help in finding a balance.’

‘If you feel that you’re working harder than your partner. find the source of their lack of ambition. Whether that’s a lack of ambition regarding money, intimacy, or going through the day.’

Callisto says you should aim to be there to encourage your partner to start changing their daily routine.

‘With a little help, everyone can be motivated and change their perspective,’ she says. ‘If your partner isn’t willing to make changes and this impacts you negatively, then it may be time to reconsider the relationship.’

Can an ambition mismatch ever be a good thing?

They say that opposites attract, so maybe it’s not the worst thing to have completely different ambitions to your partner.

You might even learn something from watching them chase completely different goals, or change your perspectives.

‘An ambition mismatch can be a good thing,’ says Callisto.

‘If there aren’t different nuances included in a relationship then you’ll end up having a dull partnership.

‘Take for example a relationship when two people are highly or normally ambitious. You may have the same ambitions and both be working towards them. This could lead you into competition and resentment, or you could end up forgetting about the other person and their needs.

‘This happens when you are solely oriented on being the best and forget to communicate with one another.’

Sex zoning: When you're on the other side of the 'friend zone'

Are you being 'bluelighted' in your relationship?

Callisto also says that a lack of joint ambition can actually help to make things work in a relationship.

‘As I mentioned earlier on, differences will always be present in a relationship,’ she says. ‘It’s important to know when to step back, understand your needs and your partner’s needs.

‘You should avoid getting caught in the moment or getting hung up on only achieving what you want.’

MORE : Productivity hacks that actually work for people with ADHD

MORE : How to train for your first 10K run

How to heal after dating a narcissist


Sex zoning: When you’re on the other side of the ‘friend zone’