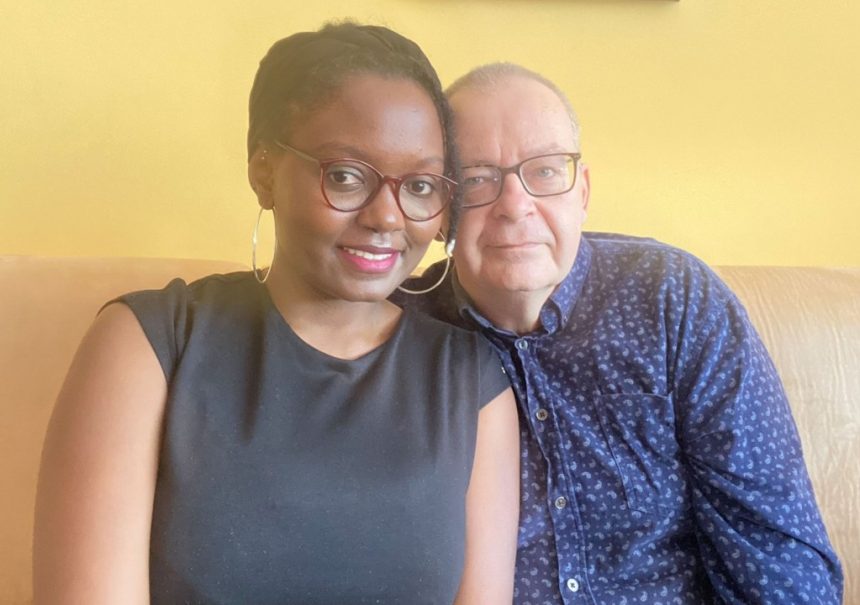 A woman has revealed why she got married to a professor from her university – despite having an age gap between them of almost three decades.

When Mariam Trela, 26, first locked eyes with her 53-year-old husband Grzegorz Trela, he was a professor of philosophy at the same university in Morogoro, Tanzania where Mariam was studying an education degree.

Grzegorz, who is originally from Poland, said it was ‘love at first sight’ when he took Mariam out for their first date in May of 2017 – the 27 years between them didn’t matter to either of them.

In July 2018, the loved-up couple got married and later the same year welcomed their son Ignacy, three, who is often mistaken for Grzegorz grandson.

Mariam, who is currently living in Bielsko-Bia*a, Poland with her husband and son says: ‘Quite often people say to my husband, about our son: “what a beautiful grandson.” Probably because of my husband’s grey hair, this kind of situation happens to my husband quite often.

‘So probably when people see our whole family, they think it’s a mother with a son and a grandfather. And when they find out that I am his wife, on the one hand – especially men – envy him his young, attractive wife, and suspect that I’m just going after his money.

‘It is funny, as my husband is not even rich.’

They met while Mariam was at university, but Grzegorz was never her teacher (Picture: Mariam Trela/Caters News)

As a student, Mariam first noticed her future husband as he moved between buildings at the university.

‘At first, I thought he was a clergyman because other Europeans were missionary lecturers,’ she says. ‘We found each other on Facebook and wrote to each other, he didn’t know that I was studying at the same university where he worked.

‘He thought I was on the other side of Tanzania, when he found out that I was in Morogoro, he offered to meet in person where he introduced himself.

‘In this sense, the university should be understood as a place that brought us together, but I was never a student of him, nor did we have any academic relations.’

The couple have opened up about stereotypes they have faced about their 27-year age gap, as well as misconceptions about their interracial relationship.

Primary school teacher Mariam explains: ‘In Tanzania, there are some who believe the stereotype “white is rich”. In Poland, we can sometimes face prejudices because there are not many people of colour who live here.

The couple got married and had their first child together (Picture: Mariam Trela/Caters News)

‘There are quite a few differences between us, such as gender, age, religion, culture, politics and life experiences. But as the years go by, we learn from each other, and this perhaps is the most fascinating thing about our relationship We keep discovering each other.’

After sharing their relationship with family and friends, who the couple say were all very accepting, they took to Instagram and YouTube to document their lives for their son.

‘I opened the YouTube channel mainly with our son in my mind,’ says Mariam. ‘Memory is unreliable, children grow up fast, so we wanted to save as much as possible of our everyday life for our son.

Sex zoning: When you're on the other side of the 'friend zone'

Are you being 'bluelighted' in your relationship?

‘Almost all comments we get are positive reactions from people to our channel.

‘I love him, he loves me and cares for me and we both care a lot about our son.

‘Our love encounters difficulties – mostly cultural differences – but we overcome them by patiently learning from each other.’

MORE : Brits have ‘lost an average of four friends’ since the start of the pandemic

MORE : How to spot and manage dyslexia as an adult

Are you being ‘bluelighted’ in your relationship?


How to deal with ‘singleness envy’ in a long-term relationship