The truth is, it’s almost impossible to get over the heartbreak from your first love 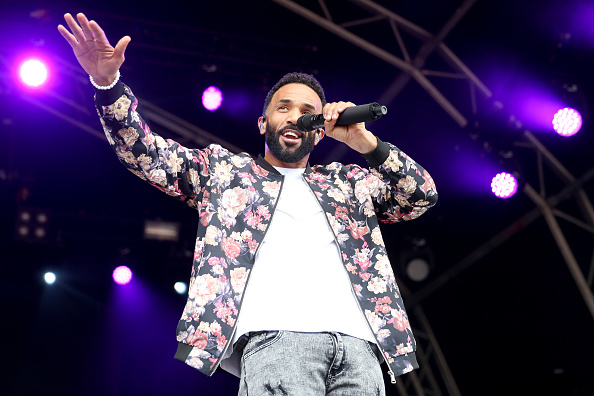 A few weeks ago, I was paying for my petrol, when I glanced to my left and saw him.

He was older – much older – with greying hair and a sagging jawline. He was paying for a can of drink. But it was him.

My heart quickened. My stomach flipped. In that moment, I was 17 again. Full of sorrow, despair and nerves. You see, this man broke my heart 27 years ago. And although it no longer hurts, the scar is still there.

In an interview, singer Craig David admitted the reason he has never found love and settled down is because of a girl who broke his heart when he was a teenager.

In newspaper interviews this year, he said: ‘After my early childhood sweetheart break-up, my heart kind of closed down. I feel open enough to be apologetic for relationships my heart was closed for. I feel sorry for the girls and women in the latter stage of my life who tried to open my heart up.’

In an interview, singer Craig David admitted the reason he has never found love and settled down is because of a girl who broke his heart when he was a teenager (Picture: Luke Brennan/Getty Images)

Unlike Craig, I did move on. I met my husband Cornel in 2005, we married in 2009 and now have two children together. He’s the love of my life and we are incredibly happy together.

But the memories of that first, crushing heartbreak are still vivid.

I was 16 when I got together with my first boyfriend Stephen*. We met through a friend one day in a park. He was three years older than me, had a battered hatchback and, compared to the other boys at school, appeared worldly-wise.

During the week I did my homework and prepared for my GCSEs but at weekends, he’d turn up at my door and he’d take me for drives or to the cinema. It was all very innocent. We had a snog here and there but that was it. But I fell for him. In my head, I was already playing out the scene where one day we’d marry and have babies.

My friends thought I was mad. They were in the throes of changing boys like items of clothing.

But I stuck with Stephen. It was a combination of things. My parents didn’t get on and he became like my family. It was him who’d pick me up from a night out, him who’d make sure I got home safe. In a way, even though he was only three years older, he was like a sort of father figure.

Then when I was 17, he dumped me. It came from nowhere. I’d written poetry about him, for goodness’ sake. He had no explanation, other than he wanted to move on.

I can still remember us sitting in the front seats of his car, as he told me he no longer felt the same about me, that I wasn’t ‘his type’ anymore. Stupidly, I even begged him to change his mind, sobbing that I’d change everything from my hair colour to my silly giggle if it would make him stay.

Then when I was 17, he dumped me. It came from nowhere. I’d written poetry about him, for goodness’ sake (Picture: Julie Cook)

I was utterly devastated.

I cried – the sort of crying you never do after turning 18 – into my pillow for weeks. I barely ate. I couldn’t stop thinking about him. I passed my driving test and would drive slowly past his house, trying to see if his light was on. I’d pick up the phone and call him and if his parents answered, I’d hang up, mortified. If he ever picked up, he’d say it was over and hang up.

I went from being picked up wherever I was, to having to walk home or nab lifts with friends. Yes, this was a normal part of growing up. But when you’ve been cosseted and ferried about and picked up everywhere you went, it was a huge shock.

At 18, I moved away to university, but instead of indulging myself in freshers’ week, I stayed in my room weeping.

Why did other people get over heartbreak so easily? Why did my first love hurt this way?

It ruined my life for years.

I tried dating boys at university but it never worked out. At weekends I’d just go home and drive around, hoping to bump into Stephen. In a world before mobile phones and social media, I had no idea where he was, who he was seeing or what he was doing. It was maddening.

I looked him up on social media, but he didn’t exist. One of those strange people who leaves no Google trace.

I married a man in 2003, aged 25, but it only lasted two years. I loved him but wasn’t ready to commit. The relationship itself had been six years long but it fizzled out. I wonder now if it had anything to do with the hangover of heartbreak that I seemed to have taken so badly.

But in time, I met Cornel. And I realised at last how it felt to truly fall for someone: not infatuation, as my first love had been, but real love.

We really gelled as a couple straight away. There were butterflies, but of the good kind, not the anxiety-inducing kind I’d had as a daft teenager.

I lived in Italy for seven years with Cornel before moving back to the area where I’d lived as a child.

I never saw Stephen and didn’t even think about him. I had no idea what had become of him

Then the petrol station meeting happened. And, although seeing him brought about no butterflies or feeling of love or adoration, that scar from my first heartbreak did sting.

I’m a 45-year-old woman with a family, a husband, a house, a happy career as a writer. But in that split second, I was the 17-year-old me again, cast adrift and feeling utterly miserable.

He didn’t glance at me, he paid and walked away. If he did see me, he didn’t show it. It had been so long, would he even have recognised me? Now, I have blonde hair, not red, and am older.

As I walked away, I didn’t feel sick or upset, or any of the things I’d once felt. I actually felt relief.

Just like Craig David said, for some of us, heartbreak never leaves you. Maybe some of us are more sensitive than others or fall harder. Maybe it depends on your individual circumstances.

I miss being young but I wouldn’t go back to those days of uncertainty, doubt, anxiety and pain for anything in the world!

In fact, first love heartbreak is far from a learning curve or something sweet to look back on, it can be utterly devastating for years to come.

MORE : Yes, heartbreak can trigger panic attacks – here’s how to deal with a bad breakup

MORE : Going through a breakup? An expert reveals five tips to heal your broken heart

MORE : ‘My girlfriend moved back in after our breakup – but I still don’t feel like I’m her first choice’

Who is Adele’s boyfriend Rich Paul and how long have they been dating?