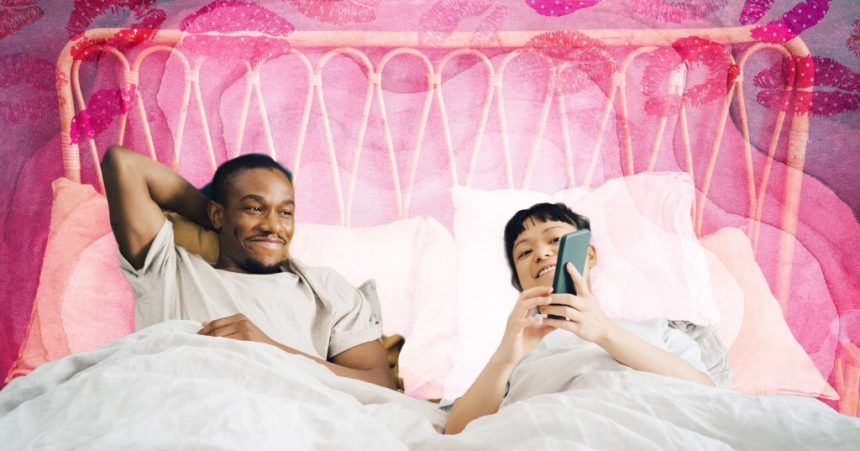 ‘I’ve got to go’ is pretty harsh (Picture: Getty)

Have you ever heard a guy say ‘I’ve got to go’ after sex?

What about ‘don’t go to sleep’ from a woman?

If your answer is yes, it seems you’re not alone.

According to a survey of 2,000 people conducted by IllicitEncounters.com, these are some of the most common things people say to each other after sex.

The most popular post-coital comment from men is a simple ‘wow!’.

Second place on the male list was the question ‘when can we do that again?’, and third was the brutal ‘I’ve got to go’.

Meanwhile, from women, the most common thing they said after sex was ‘you’re amazing’.

Second on their list was ‘don’t go to sleep’, which mirrors previous research by the same company that found the eighth most common sex thing women want men to do more is not to fall asleep right after sex.

In third place was ‘give me a cuddle’, and in fourth place was ‘I love being with you’. A subtle reply to an unreciprocated ‘I love you’, perhaps?

While lower down on the women’s side, both the male and female results indicate that casual sex knows no gender because ‘I’ve got to go’ featured on both lists.

Apparently the most common activity both sexes do after having sex is checking their phone, with 67% of women and 62% of men saying they pick it up within 30 minutes of making love.

Interestingly, three-quarters of women (74%) like to talk straight after sex compared to 52% of men,

It seems men prefer the talking to happen during sex, with 68% saying they enjoy dirty talk while they do the deed compared to 48% of women.

Jessica Leoni, sex and relationship expert with IllicitEncounters.com, said: ‘What we say straight after sex says so much about the state of the relationship.

‘Most couples in long-term relationships say very little because they are often going through the motions and the sex is the same every time.

‘What is more revealing is what is said in new relationships when you are still really into each other and the sex is exciting.

‘You can tell when a person’s interest is waning by their muted response at the end of sex.

It’s funny that absolutely no one uses that classic line: “Did the earth move for you?” I guess we have new ways of expressing how good the sex is these days.’

MORE : Is vaginal spotting after sex normal? When to get checked out

MORE : Looks fade, sex dwindles – laughter is the most important thing in any marriage

Got a second date lined up? Do these five things to nail it