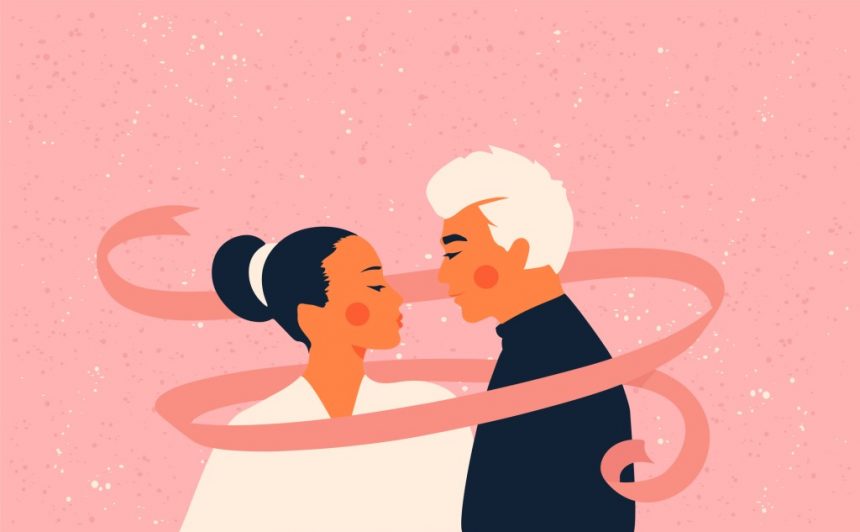 When would you say those three little words? (Picture: Getty/iStockphoto)

When it comes to romance – timing is everything.

Judging the perfect moment for the first kiss, the first sexual encounter, meeting the parents.

One of the most important early milestones in a relationship is the L bomb.

Deciding when to say ‘I love you’ can’t really be governed by rules, as the heart wants what it wants… but say it too soon and you might scare your lover off, or wait too long and they might get disheartened, or look elsewhere.

You would be forgiven for thinking that emotionally stunted Brits would typically take a long time to declare their love, but actually a new study has found that the average time to say those three little words is less than a month in.

Greeting card marketplace, thortful.com polled 1,500 Brits to find out when people confess to love the fastest – and what the most popular love languages are in the UK.

According to the research, the average Brit says ‘I love you’ in less than a month. Almost one in five (18%) admit to having said the magic words to their significant other in just three months.

By gender, men tend to say ‘I love you’ fastest, with 19% admitting they say the words after one month together. Women, on the other hand, prefer to wait a bit, with 18% saying they express their love for their partner after three months or more.

Mairead Molloy, Relationship Psychologist, and Strategist explains: ‘I do think that men tend to say it first, before having sex, it is a way to gain their partner’s trust, and this eases the pathway to sexual activity.’

Almost two-fifths (39%) admit they feel embarrassed if their partner shows any sort of affection towards them in public, but to counteract, 69% agree that they love it when they’re showered with affection in public.

The survey also found that physical touch is the UK’s most popular love language.

The majority of Brits (63%) prefer to use physical touch as a way of showing their love, closely followed by words of affirmation (53%). Almost half (48%) of also said they like to spend quality time together, like cooking, or taking a walk in the sun.

Only 32% admitted they use acts of service, and an even smaller part (21%) said their love language is gift-giving.

According to Mairead: ‘Knowing your partner’s love language will help you discern how they show their love so you can feel more appreciated.

‘When your partner knows that you need physical touch, words of affirmation, acts of service, etc. then they can begin to show you love in the ways in which you need them to show you.’

MORE : Man bought budget DIY veneers for £400 that make him ‘look like a horse’

MORE : You can name a cockroach after your ex for Valentine’s Day at this Kent zoo


This Valentine’s Day, I’m giving up dating apps and looking for love in unconventional places