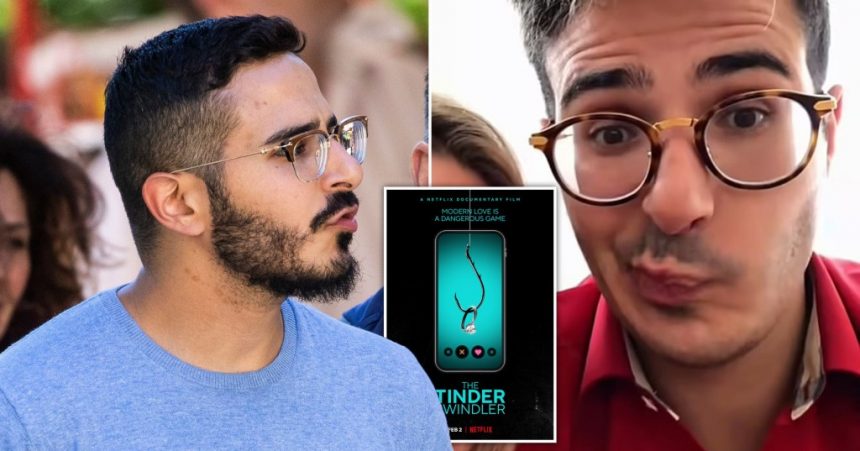 The Tinder Swindler conman who found his fame through frauding Tinder dates has revealed his next steps in Hollywood.

Shimon Hayut, who was exposed in the Netflix documentary posing as billionaire Simon Leviev, revealed his plans to break into Hollywood following his new found fame.

Sources told TMZ Hayut wants to write a book, host a dating podcast and has even pitched a controversial new TV show.

His podcast idea puts him in the centre of a dating circle again, as Hayut’s plans include women competing for his love, and sharing the dos and don’ts of dating on the podcast.

Rumours suggest his talent manager will be Gina Rodriquez, the CEO of talent management company Gitoni, as she shared a hint on her Instagram stories.

Hayut seduced women around the world on Tinder under the disguise of a jet-setting diamond mogul, and conned them out of all their money with the excuse of his enemies being after him.

It appears Shimon has been signed by a big Hollywood agent (Picture: Instagram)

The documentary focuses on three of his victims as they expose the conman for who he really is and deliver justice.

Cecilie Fjellhøy, Ayleen Koeleman, and Pernilla Sjohol, who were conned out of thousands of pounds and left in mountains of debt, have since raised over £100,000 on a GoFundMe page with the support of fans.

Hayut moved from one woman to another, stealing an estimated $10 million over the years, and was wanted around the globe for several crimes including forgery and theft.

In 2019, he was jailed in Israel for travelling on a fake passport, but was released after five months on good behaviour.

Only a few years before that, Hayut spent two years in a Finnish prison for defrauding several women, and was released in 2017.

Although his victims have finally exposed him as the conman he is, Hayut still plans on returning to big screens, and has even tried to protest his innocence to anyone who would listen.

Thankfully though, Cecilie, Ayleen and Pernilla are striving to finally put him behind bars, with Netflix and millions of fans backing them too.

Who is Anna Delvey's ex-boyfriend Chase on Inventing Anna and is he real?

According to TMZ sources, this ‘global smear campaign’ won’t stop Hayut from trying to make his Hollywood break and clear his name.

The Tinder Swindler is available to stream on Netflix now.

MORE : How many swipes are you allowed on Tinder every day?