Why is it so hot when someone calls you your last name? 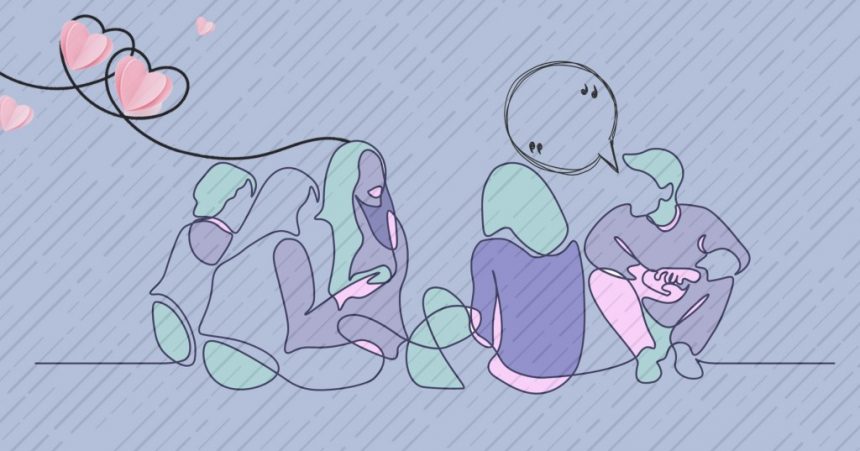 Getting called by your last name like you’re chums in the military? Hot. (Picture: Getty/Metro.co.uk)

There’s a classic bit of romcom flirting that happens in cultural icons ranging from Emily In Paris to To All The Boys I’ve Loved Before – and once you know about it, you’ll notice it all. the. time.

That tactic is simple: calling someone by their last name.

So Emily Cooper is cheekily addressed as Cooper, Lara Jean Covey referred to as – you’ll guess it, we hope – Covey.

You’ll spot this trope in fan-fiction, too, and, if you’re really lucky, it might even happen in real life.

But why is it so popular? And why, more pressingly, is it so hot?

Surely (hopefully) I’m not the only one who has fantasised about the inherent hotness of flirty banter with someone who addresses me by my last name.

‘When someone calls you by your last name it can come across as a very confident, direct, and edgy way of flirting,’ sex and relationships expert Rhian Kivits tells Metro.co.uk.

‘In contrast to someone using your first name, which feels familiar, safe and friendly, the use of your last name still feels more formal – they know you, but it’s also nuanced, because it’s not 100% polite.

‘It feels slightly challenging, mysterious even, and many people do find this a turn-on.’

It’s that strange thrill of taking something out of its usual context, basically.

Typically, your last name is only used in formal settings, so when it’s used for flirty reasons, it’s a sort of subconscious reference to something naughty, forbidden. There can be a bit of a dominant/submissive thing behind the word, as though they’re the boss addressing some underling by their last name.

Then there’s the other removed context, which plays into camaraderie.

There’s something that feels a bit naughty about it (Picture: Getty Images/iStockphoto)

Think about where people are referred to by their last names – contexts like in the military, on sports teams, among laddy friendship groups.

So even though last names can be formal, they can also be used to convey an instant connection, a sort of pally, partners in crime vibe.

Of course, this isn’t always the case, and not every last-name call will deliver that under-the-surface flirtation you might be hoping for.

As with so many acts of flirting, being called by your last name is only really hot when it’s done by someone you fancy – and they need to have the confidence to pull it off.

If you’re pondering trying out the technique on your crush, proceed with caution.

First, you’ll need to suss out whether there’s an attraction there. As we say, this act is really only sexy when it comes from someone you’re attracted to.

‘When we don’t fancy the person, being called by your last name can actually be a turn-off,’ says dating coach Frances Kelleher. ‘Women have told me that they felt the guy was being over familiar and presumptuous.

‘Really what makes it hot or not is the attraction level the person has for you.’

It needs to be done with confidence (Picture: Getty Images/iStockphoto)

If you’re confident that there’s something there, pick your moment and make sure you deliver someone’s last name with assurance – if you sound uncertain, it’s going to be deeply awkward.

‘Inject a bit of humour into the interaction to make it clear that you’re being cheeky and pushing your luck, rather than being disrespectful or rude.

‘Pick your moment carefully. Try the technique when other people are out of earshot or lower your voice to a whisper to avoid creating embarrassment for yourself and the other person.

‘If other people are around, make sure only the person you’re flirting with can hear you. This secrecy can actually enhance the sexual charge between you and make the moment feel very special.’

Check in on how your flirting partner reacts to a last name drop… do they seem a bit baffled? Stop right there. Smiling? Go forth.

Who is Adele's boyfriend Rich Paul and how long have they been together?

‘Read the signs,’ says Frances. ‘Watch the body language of the person and facial expressions.

‘Feel the vibe the person is giving off.

‘For instance, are they smiling? Are they being flirty back? Are their arms folded after you’ve said it (a sign of closed body language, which is negaive)? Do they lean in to be nearer to you (a positive sign)?’

And please, don’t overdo it. If every sentence ends with someone’s last name, it feels deeply strange… and not in a sexy way.

Frances warns: ‘Whatever you do, do not repeat their name numerous times in the conversation.

‘Using someone’s name, be it their first or last, should be used like salt – a sprinkle here and there.’

MORE : If it feels too good to be true, it probably is: Signs you’re dating a wolf in sheep’s clothing

MORE : Signs you need a break from dating – and why it’s important

‘Will history just repeat itself if I try again with my ex?’