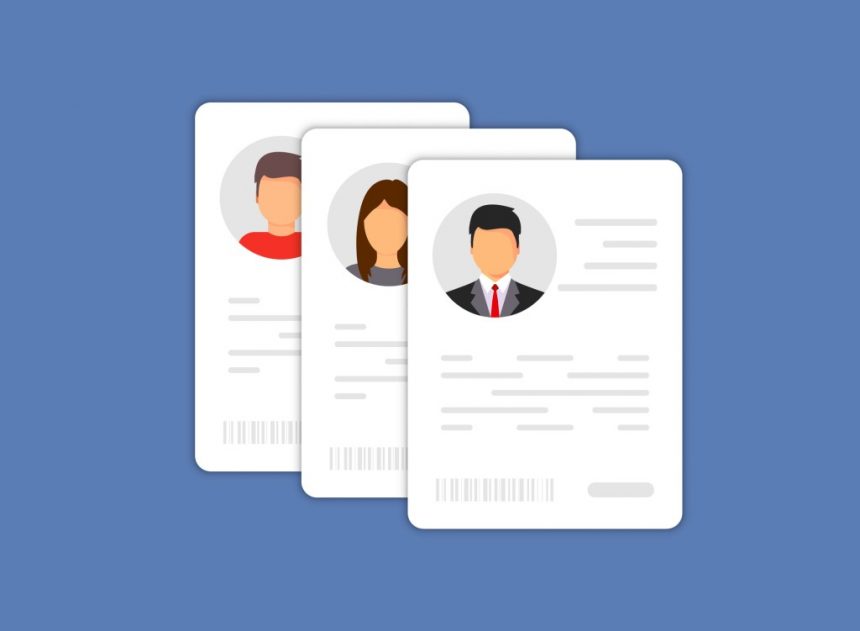 A woman shared how she was contacted on LinkedIn by a Bumble match who only had her first name to go on (Picture: Getty Images/iStockphoto)

LinkedIn is known as the social media site for networking and professional connections, with business leaders and recruiters using it to promote what they’re up to at work.

Some communications that may be appropriate on other platforms just won’t fly there, but a recent incident has proven that not everyone abides by these unwritten rules.

A woman shared her experience on Mumsnet, explaining how she’d matched with a man on Bumble and had a few short, polite conversations.

Conscious of security, she was only using her initials on the dating app, but told the man her first name while they were chatting.

So far, so normal.

Things escalated when the woman received a LinkedIn request from her match, which she said ‘weirded [her] out.’

She continued in the post: ‘I don’t message him for a day and then he messaged to ask if I started to ignore him.

‘I said no, busy with family. I then messaged him a few days later to say I was uncomfortable he sent me a LinkedIn request based on so little info.

‘Anyway, he’s just messaged me at work saying “thanks for the low behavior wish you the same”. It’s from his work email.

‘I know there isn’t anything I can do except be vigilant and not give out my name in future, but just wanted to share my experience.’

Most of the responses to the woman’s Mumsnet post agreed that tracking her down on LinkedIn was inappropriate, with many urging her to report the man to his workplace.

One user commented: ‘Contact his HR and contact Bumble. This is a huge privacy concern. Anymore emails off him, please ask your work to change your email address. He doesn’t sound right at all.’

Others claimed he’d done ‘nothing wrong’, while yet more shared their own experiences of communications they felt crossed the line.

It’s clear from these replies that this isn’t an isolated situation, and it’s been a ‘trend’ for some years for daters to find people’s social profiles to get in touch if they didn’t match on Tinder.

Perhaps those who do this see it as no different from adding real-life acquaintances as friends, or think of it as a quirky way to stand out from the crowd of swipers. For those who are on the receiving end, though, it can be disconcerting and scary.

The dating match accused the woman of ‘low behaviour’ for feeling uncomfortable by him finding her (Picture: Getty Images/iStockphoto)

Not only is there the fear that your personal details have been compromised, but the realisation that someone has gone against your wishes for privacy, suggesting the potential for escalation if you don’t react how they’d like.

If they know where you live or work there may be further safety concerns, especially since that person has already proven they’re willing to break boundaries.

Kate Palmer, HR Advice and Consultancy Director at Peninsula, says there’s ‘no exact formula for what should and shouldn’t be posted on LinkedIn,’ but that it’s best to adopt a professional approach.

She tells Metro.co.uk that, when you receive LinkedIn messages, there are some questions to ask yourself to work out whether they’re appropriate. They are:

If the person crosses the line in this fashion, Kate advises you to first report the messages to the social media platform as abusive content (this feature is available to all LinkedIn users, as well as on sites like Facebook and Twitter).

Dating apps like Bumble have report functions too, so you can flag accounts exhibiting unsettling behaviours.

You can then block the offending user to prevent further contact, but Kate adds: ‘I would not recommend deleting the message in case it is needed as evidence in the future.’

In general, if you’re not comfortable with how someone has spoken to you (or how they found your profile in the first place), you’re well within your rights to cease communication. Depending on the nature of the situation, you may also wish to contact your own or their employer.

Friendly communication is fine, but anything beyond professionalism is bad for business (Picture: Getty Images)

Kate says: ‘Because the email in question here was sent from a work address to another work address, which the person concerned feels is sexual harassment, she may wish to speak to her employer to investigate the issue and see what can be done to protect against third party harassment in the workplace.

‘In situations whereby HR teams or managers receive a complaint about a member of staff, they should follow any internal processes to investigate this.’

For those thinking about using a work-related profile for NSFW ends, it’s not just a bad idea for your personal life – it could also land you in hot water with your boss.

‘Employees should remember that in situations where their online activity on personal forums puts the organisation’s reputation into disrepute,’ says Kate, ‘what they post could potentially have an impact on their employment.’

There will likely be a clause concerning this in your contract, with consequences for harming the business’s reputation ranging from a disciplinary to outright dismissal.

The fact we’re still saying this in 2022 is somewhat baffling, but there are no winners when you digitally stalk people or use social media to intimidate them.

Respect others’ privacy, keep professional communications professional, and please have a think about how you come across when you send unsolicited or inappropriate messages.

Nobody should go to work and be made to feel uncomfortable, and this applies online as well as in the office.

MORE : Girl, 6, has 50% chance of survival after tummy ache turned out to be cancer

MORE : Women’s arm paralysed after contraceptive implant got stuck too deep to remove


Sugar baby with over £73,000 worth of valuables shares her secrets