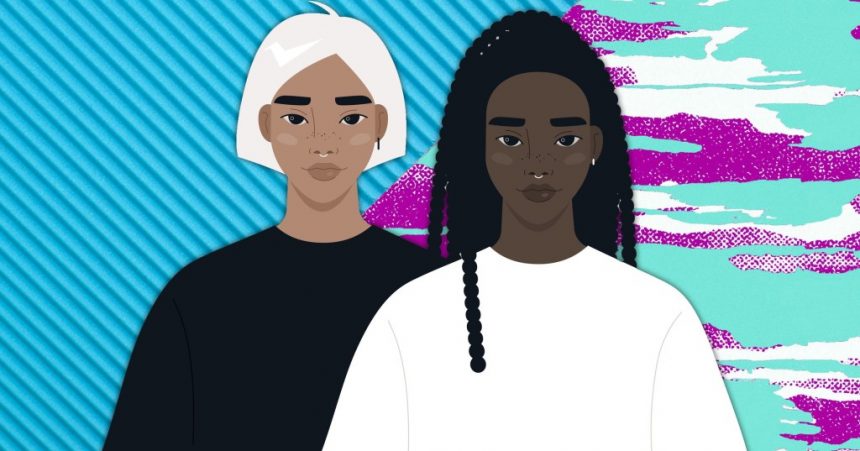 Which one are you? (Picture: Getty)

It’s fun to dream up big plans for you and your partner: a trip to the Bahamas, a mortgage, a new car, a trip around the continents.

It’s also easy – much easier than actually turning those dreams into a reality.

If you really want a luxury holiday, your dream home or worldwide adventure, you can’t just snap your fingers and make it happen.

There’s a lot of work that needs to go into it, from working out how many holidays you’re able to take from work, for instance, or how much money you’ll need to put away each month, what you’ll need to sacrifice and so on.

Often, in two-person relationships, each person will naturally fall into a certain role: what UK psychotherapist Philippa Perry calls the dreamer and the accountant.

The Dreamer Vs The Accountant

For Perry, as she explained in Natasha Lunn’s Conversations About Love, ‘somebody has all the great dreams (Let’s go to Thailand for a year! Let’s start a business! I’ve got a fantastic idea for making a film!) and the other will do the logistics (sorting out the tax; paying the bills; booking the flights).’

In transactional analysis, a theory used in psychotherapy, these roles are close to the ‘child’ – the dreamer – and the ‘parent’ – the accountant. (There is also an ‘adult’ role, which is the balancing force between the two).

According to senior therapist Sally Baker, the dreamer is the ‘creative role’.

The accountant can come across as bursting the dreamer’s bubble (Picture: Getty Images/fStop)

‘Meanwhile, the accountant is the one who has to budget and plan and bring some constraints around the dreamer’s dreams.’

For example, the dreamer might suggest going to Asia for a whole year, while the accountant might say that’s not possible, but we can go to Vietnam for a month, or even, we can, but only in a couple of years.

Essentially, it’s about negotiation: ‘The accountant kind of negotiates the dreamer’s aspirations down from the sunny uplands.’

While both roles are necessary – without the accountant, the dreamer’s ideas would never be fulfilled – there’s a worry that the accountant can become the ‘bad cop,’ as Baker says.

According to Baker, in a balanced relationship, the roles are, ‘interchangeable and not fixed so that both people have time to be both, whether over the course of a day, a month, or the relationship as a whole.’

But the problem arises when one person is forced into one role because the other won’t, or can’t, take it on.

The problem with being pigeonholed into a role

Falling into the role of dreamer or accountant is rarely a conscious decision.

In fact, whether you’re more likely to be one or the other is often rooted in childhood experiences (who would have guessed?).

‘Everyone is a dreamer when they’re a child,’ Baker explains.

‘But, if you felt powerless, and overwhelmed in childhood, or you’ve been let down, then you might feel safer being the accountant in an adult relationship, because the dreamer inside of you has already been hurt and disappointed.’

In this sense, even though it can be draining to be the accountant, there’s a secondary gain for whoever fills the role.

‘If you’re in control, it means that you’re never vulnerable to being let down,’ says Baker. ‘That’s the price you pay.’

Falling into the role of the dreamer or the accountant is rarely a conscious decision (Picture: Getty Images/fStop)

Equally, for a dreamer, they may not be spurred into action because they’ve never been encouraged to make their dreams into a reality, or they have an inner belief that good things simply don’t happen to them.

The problem with always being the dreamer is that it can be infantilising, and lead to a scenario where, 10 years down the line, you don’t feel you can take control of anything in the relationship, which is bad for both parties.

Either way, being stuck in a role can lead to resentment.

Sometimes it can feel like you’re playing both roles – coming up with the ideas as well as making them happen.

This could be because you’re still a dreamer, but you have the innate need to take control, or your dreams are simply constrained by reality.

How to switch between roles

When you want to be the dreamer but you’ve become the accountant, life can feel boring, tedious and negative (many people know what it’s like to feel like a parent in an adult relationship).

It’s important that both people have the opportunity to play both roles, even if it isn’t a completely equal balance.

As the accountant, it’s a good idea to get your partner involved in the planning, beyond simply signing a check.

Baker suggests have a brainstorming session: ask your partner what they want to do, whether it’s where they want to live, their budget or their ideal dates for jetting off, and take it into account – but don’t berate them for not taking charge, because this will do more harm than good.

You need to meet each other halfway.

MORE : I’m maternal, loving and in a long-term relationship – but I don’t want kids

MORE : Is a ‘hall pass’ ever a good idea in a relationship?

MORE : This simple, therapist-approved communication technique will help you stay connected to your partner


Boy, six, takes his crush to restaurant where his grandparents met 40 years ago