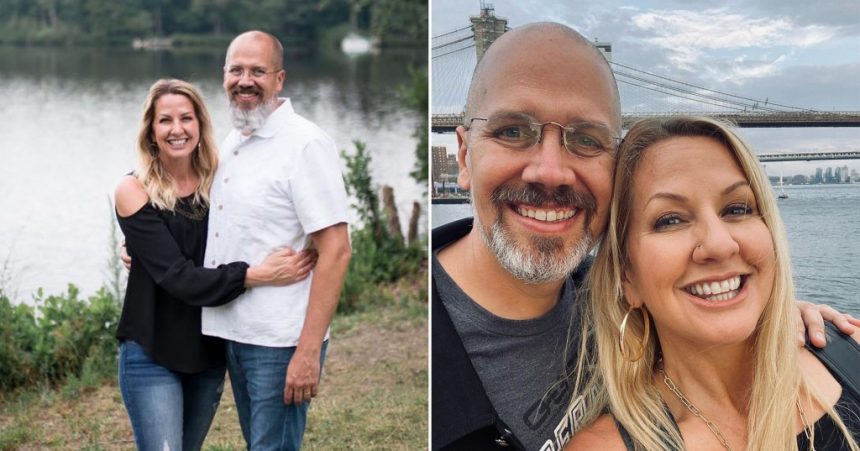 The couple is now trying to help other relationships (Picture: Facebook)

A couple who claim they haven’t argued once in 30 years of marriage are sharing their secrets to a successful relationship.

Hannah and Blair Keeley, both 53, have admitted to getting upset with each other on occasion, but they say their communication skills prevent a proper fight.

‘Relationships are a skill, not a gift,’ the pair told Fox News.

‘Our parents both have long-standing healthy relationships, [so] we learned what to do, and what not to do, by observing them.’

Communication has always been vital for the parents of seven. They first met during their first year of college at Furman University in Greensville, South Carolina, in 1986.

However, love took its time. They didn’t start dating until three and a half years later, after Blair discovered Hannah’s lost sketchbook and asked to catch up with her before graduation.

The couple has been blissfully happy for 30 years (Picture: Facebook)

Immediately, there was a spark, but long distance would get in the way. Hannah moved to Columbia, South Carolina, for graduate school, and Blair went to work for a news agency in Saudi Arabia.

They kept in touch by sending letters, eventually reunited and got married on December 21, 1991.

Despite having a hustling and bustling house filled with stress, Blair and Hannah claim they have never raised their voices at each other.

‘You yell and scream at the easiest target available — your spouse,’ the couple explained.

They believe behaving like this is similar to a child throwing a tantrum.

They call their marriage a ‘partnership of power’ and try to ‘fight on the same side’ instead of against one another.

Whenever situations do get heated, they share their feelings, expectations and talk thoroughly instead of fighting.

‘An argument is there to expose something. If you resort to fighting, you’ve both lost,’ they advised.

The couple also notes the importance of body language.

They also think couples should stop saying the word ‘should’, because this leads to a partner thinking a partner should be different.

Not going to bed angry is also important for the pair as sleep promotes the strengthening of weakly encoded memories.

‘Anger toward your spouse can easily turn into a belief if you don’t manage the thought prior to bedtime,’ they said. ‘Always affirm the love you have for that person, even if there is no resolution.’

Blair and Hannah often turn to their faith and the bible when in need of guidance. They also challenge each other ‘to grow’ instead of trying to ‘fix’ and ‘complete’ one another.

Can a relationship without initial physical attraction ever work out?

To those who don’t believe their claims, the couple doesn’t care because those who know them best know it’s true.

They said: ‘Maybe the very best thing you can do for your marriage is believe that harmony in that partnership is not only possible, but easy to achieve.’

Blair and Hannah's top tips for a happy relationship

MORE : Young couple save over £1,000 every month by living on a boat

Can a relationship without initial physical attraction ever work out?


‘I can’t cope with my husband’s bipolar disorder – should I leave him?’