How to explore your bisexuality while being respectful 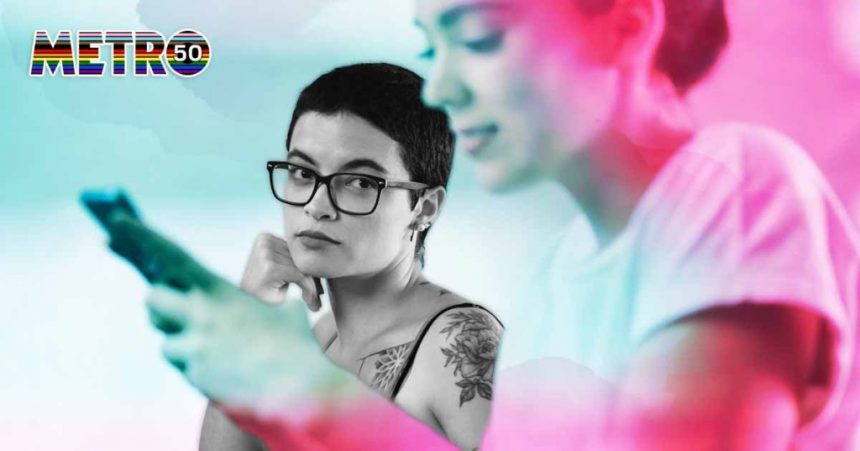 Being open to new sexual and romantic experiences is a wonderful thing.

And yet, when it comes to being bicurious, there are often worries involved.

How do you experiment without anyone feeling like, well, an experiment?

And how can you avoid feeling judged for not being entirely certain of your sexuality?

The key is to approach exploration with respect.

Holly tells Metro.co.uk: ‘You might not feel ready to open up fully about your bicuriosity, so be patient with yourself knowing that it takes a safe environment to feel able to express and share intimate thoughts.

‘Be mindful of the impact of not saying anything – to yourself and to the other person.

‘If you’re still exploring and working things out, you might want to tell someone that perhaps you aren’t ready for commitment.

‘Are you with someone for some light-hearted fun and you have no desire to have a long-term relationship? If so, it would be good to let the other person know.

‘As with any relationship, think about how your actions impact your date or partner and keep them in the picture about what your intentions are before any misunderstandings on either part occur.’

It’s okay to not be sure (Picture: Getty Images)

Last year, more Brits identified as lesbian, gay or bisexual than ever before according to a survey for the Office for National Statistics, highlighting our queer community is growing.

Alongside heterosexuality and those definitive queer categories, many people ticked ‘don’t know’ or ‘other’.

Not knowing isn’t a bad thing – and exploration is to be celebrated, as long as you’re doing it with respect and care for everyone involved.

The dos and don'ts

Do think about what you feel safe doing and choose the level of intimacy you feel comfortable exploring at the stage you’re at.

Do feel able to change this at any point – you have the freedom to change your mind if you don’t feel comfortable.

Do set boundaries and communicate these as best you can.

Do feel able to make mistakes and learn from them.

Do end relationships if you don’t feel they are right for you.

Don’t ignore your feelings or those of the other person you are involved with.

Don’t feel like you can’t speak up if you are uncomfortable in any way.

Don’t disrespect yourself or others.

Holly says: ‘People don’t tend to want to be an “experiment” so it’s a good idea to not treat them like that.

‘It might be ok for someone to feel like they’re going on an exploratory journey with you, but if they feel like you’re just trying something out with them to then discard them it could be quite hurtful.

‘Think about the other person and how they could feel used by you if the relationship doesn’t go where they want it to.’

Holly says honesty is the most important thing – whether you’re after a serious relationship or a quick fling.

Everyone, no matter how casual they are in your life, deserves to know where they stand in a situation.

She says: ‘If we aren’t honest with others we enter into relationships with then we may deceive them without even realising.

How to have better sex with a small penis

‘We don’t have to have defined our sexuality to explore, but letting the other person know where we’re at gives them the choice to engage with us or not.

‘If we don’t open up then we don’t give the other person the opportunity to make an informed choice based on the reality of the situation which might cause issues later down the line.’

MORE : I worried becoming a dad would mean losing my bisexual identity

MORE : I may have a girlfriend and kids, but I’m still bisexual – don’t say I’m ‘wrong’


Expanding your dating pool to more genders? Here’s how to navigate your nerves