Is a ‘hall pass’ ever a good idea in a relationship? 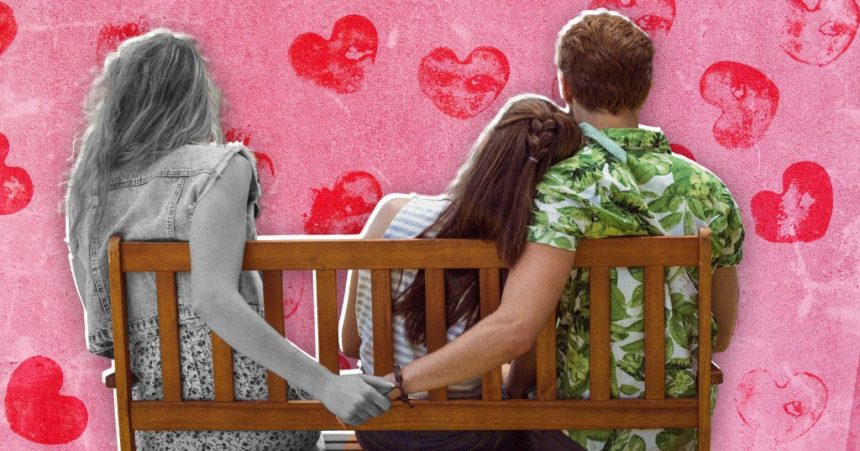 Opening a relationship can bring up difficult feelings, even long after you’ve reunited (Picture: Getty)

A hall pass is the colloquial term for when someone in a relationship is given permission to have sex outside of the relationship, usually on a one-time or time-limited basis.

In the 2011 film of the same name, Owen Wilson’s character is granted a week’s hall pass by his wife after saying he feels the marriage is stale and he misses his single days.

A couple might consider a hall pass for the same reasons, or because one or both partners want to explore ethical non-monogamy. A hall pass for specific people – like a celebrity crush, should the opportunity arise – may also be broached.

It sounds like a great way to have your cake and eat it, but hall passes without proper communication and mutual consent can make the situation very messy indeed.

Jessica Warren, Founder and Relationship Coach at WellWarren, tells Metro.co.uk: ‘A hall pass can feel sexy and liberating, and gives couples a chance to share their desires together openly and honestly…

‘However, if you do offer your partner a hall pass or vice versa, you may never truly know how you both feel about non-monogamy it until it actually happens. It can change your relationship dynamic irreversibly.’

Although hall passes are thought of lightheartedly as ‘freebies’, it can fall foul of the same issues that can arise around polyamory or open relationships.

Lack of communication can turn a hall pass into a breakup (Picture: Getty Images/iStockphoto)

Perhaps one partner feels they have to say yes to keep the relationship going, or convinces themselves they won’t dwell on time apart after reuniting, only to be left with resentment when push comes to shove.

‘If you have a partner with an anxious attachment style, jealousy or self esteem issues, or a strong belief in monogamy – even requesting a hall pass may trigger arguments and feelings of hurt or incompatible values,’ adds Jessica.

We may see hall pass happily ever afters in media, but in real life there’s no such thing. You’ll need to fully address the potential pitfalls before going ahead, and work to ensure the relationship survives after reuniting.

According to Jessica, however, it doesn’t need to be a death sentence for a relationship – at least if you go about it correctly.

She says: ‘It depends if your partner is demanding, asking for, or playfully musing about something that you are or are not comfortable with.

‘If you have strong, opposing views about monogamy, you may find these differences are irreconcilable or erode trust or feelings of freedom within your relationship.’

When you’re the one leading the discussion about a hall pass, it’s important to be mindful of your partner’s feelings. Jessica says the topic should be approached ‘gently, gradually, and in an open-minded and loving way.’

On the opposite end, if your partner has brought it up and you’re struggling with your feelings, she says: ‘It can be helpful to consider whether previous trauma is bringing up feelings of jealousy, not-enoughness, or control that could be useful to speak to a mental health professional about; or if there are real differences in relationship beliefs that cannot be managed together.’

Is this a dealbreaker for either of you? Will you be able to move on from it together? Are your needs being considered or does it feel like you’re being pushed to agree? These are all questions to ask yourselves.

Jessica says: ‘Anyone even considering adding other partners to a monogamous relationship must be willing to have potentially triggering and emotionally intelligent conversations with their partner.

‘You should talk about the conditions you require for the hall pass fully transparently and honestly. It will be an ongoing conversation about what you need before, during and after.

‘Being able to discuss feelings in mutually respectful and honest conversations with your partner is key.’

What I Own: PR director Hannah, who bought a £471,000 property in the suburbs of Brighton

Is a 'hall pass' ever a good idea in a relationship?

Ambiguity in these conversations will often lead to upset, so don’t dance around what you want or don’t.

Ask outright whether this is what your partner wants to do going forward, as they may be attracted to the fantasy but not the harsh reality and difficult feelings that may arise.

Be specific, too. Set out conditions for what you feel comfortable with, from the exact length of the hall pass to whether you want to know what happened afterwards.

You might also want to stipulate they use protection when having sex with others (even though they really should be anyway) or request a ban on hooking up with people you know.

What works in one relationship can spell disaster in another, and hall passes can be a great way for a monogamous couple to stay together while exploring their sexuality.

However, this is under the proviso that you both act in good faith; prioritising the partnership, holding yourselves accountable, and coming to decisions from a place of truthfulness and respect.

Smut Drop is a weekly podcast with hosts Jackie Adedeji and Miranda Kane from Metro.co.uk, touching on sex, dating and relationships.


Will and Jada: What’s the best way to stand up for your partner if someone’s insulting them?