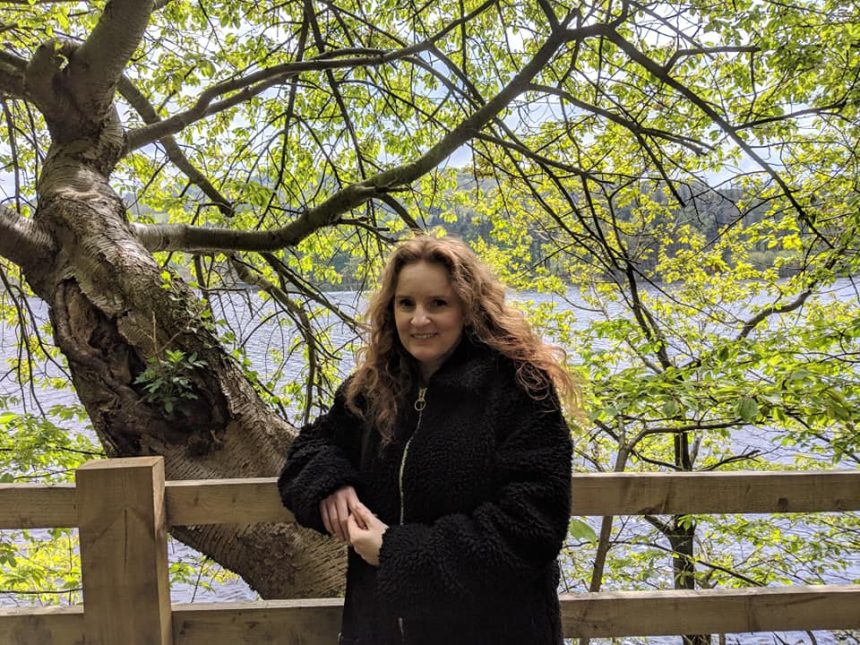 I’d been with my husband since I was 21, so when my divorce came through at 40, online dating was completely new to me.

I was in for a rude awakening in more ways than one!

First, let me tell you that, at its heart, online dating does work. I met my now-partner on a dating site seven years ago, and almost everyone I know did too, but you have to wade through a lot of sludge to find a piece of gold.

Most of my dates back then didn’t look much like their online photos when I met them in real life, and they didn’t have much interesting to say. I had a stream of messages everyday asking if I wanted to ‘hook up’, dick pics, and even messages from married men saying their wives didn’t understand them. It was a baptism of fire for someone who hadn’t dated at all for almost 20 years.

And then this guy messaged me. He said he was a filmmaker from Gibraltar and seemed interesting. He had his own apartment and worked in a creative industry. So, when he asked if I wanted to meet up after two weeks of exchanging messages, I said yes.

I was in for a rude awakening (Picture: Samantha Priestley)

I know everyone uses their most flattering photos on dating sites, it makes sense, but I was a bit disappointed when, yet again, the real-life person fell short of what I’d expected him to look like. He looked older than he’d said he was and definitely not as tall as he claimed. Still, he was interesting, right?

Well, yes, he was certainly that. He’d bought tickets to the theatre and we went for dinner first. Over our pasta and red wine he told me he owned his own production company. He gave me the name of this company, but he said I wouldn’t find any information about it online because he’d registered it in Gibraltar. I frowned. Gibraltar had internet, surely?

Then he took out a stack of professionally shot photos of himself. I frowned some more. He began showing me this photoshoot of him, fully clothed I’ll add, in various thoughtful poses.  When I asked him what they were, he said: ‘I just thought you might like them’.

He presented them to me and put them back in his rucksack. I was so confused by the whole thing and could tell my muted reaction wasn’t what he’d hoped for.

I didn’t believe him, it seemed so outlandish. I just said: ‘Really?’ and he nodded seriously and said: ‘Yes.’ I noticed he never said anything like ‘It was awful’ or showed any kind of sorrow, it was more like he was bragging about how crazy his life had been.

Then, he told me the most bizarre part of his story. One night, he said, in LA, he went into a 7/11 and a gunman came in. A shot was fired, which ricocheted off the counter and hit my date in the stomach.

I was dumbfounded. I’d never heard anything like it. When I said I wanted someone interesting on my dating profile, this isn’t quite what I meant. It all seemed… unlikely, to say the least.

The experience made me hesitant to trust (Picture: Samantha Priestley)

I don’t remember him asking me anything about myself. He talked a lot and it felt like he was trying to show off all the time. There wasn’t much space for me to use my voice.

I called a taxi after and left. He said something like: ‘I’ll message you later,’ which he did, that night, asking when we could meet again. I didn’t reply.

A few days later I got a message on Facebook from a woman who said she was his sister. Apparently, he’d told her about our date.

It was very weird; apparently he’d told his mum, too. He said to them that he’d ‘met someone’, indicating it had gone well.

She told me the truth was, he still lived with his mum in her flat, he worked in a discount store, and had just recovered from cancer.

Wait, what? Of all the things he had told me on our date, he never once mentioned he’d had cancer.

His sister said my date told the gunshot story in case he got lucky, and his date wondered what the scar was. I felt sorry for him, but I was bewildered as to why he lied so much.

I thanked her for telling me. She said she wanted to make sure I knew the truth because he’d done this before. He’d been on a few dates with another woman and maintained his lies. He’d told her the same gunshot story. He’d even facetimed her while his mum was there and introduced them.

It started to unravel when he began tripping himself up because, obviously, you can’t keep it going forever.

His sister said she’d been upset that he’d lied to the woman and she wanted to make sure any new date knew the truth from the start.

She told me he did this all the time, the outlandish lying. He was always telling people crazy things about himself that weren’t true.

I never spoke to him again. I know it’s awful, but I ghosted him. I didn’t really see the point because I knew he would try to lie his way out of it. I felt like I had no idea who he really was, but I knew he wasn’t someone I wanted to know.

The experience made me hesitant to trust, and I began taking everything every date said with a pinch of salt. I wondered what they were after, what was their angle, what did they want?

The thing was, I wasn’t sure of the answer to those questions when it came to my bizarre lying date. He’d clearly been through something traumatic with his cancer experience, and maybe the bumped-up persona he presented was something to do with it.

Maybe he was just looking to hook up with someone and so his lies wouldn’t matter. But it didn’t seem like that was the case. He didn’t make any attempt to get me into bed and asked for a second date. If he’d just told me who he really was, maybe we would have had a lot to talk about.

Couple transforms empty field into eight-acre family home – now on the market for £950,000

I continued trawling the dating sites after this, but with even more of a skewed perception of men and life, and went on more disastrous dates with men who looked nothing like their online photos.

But, thankfully, I never met another man who told such outrageous lies. I’m now very happy in a long-term relationship, but it took about two years for me to trust someone again.

I barely ever think of that date now and I don’t miss those dating days one bit.

MORE : This is the age women stop putting up with bad sex