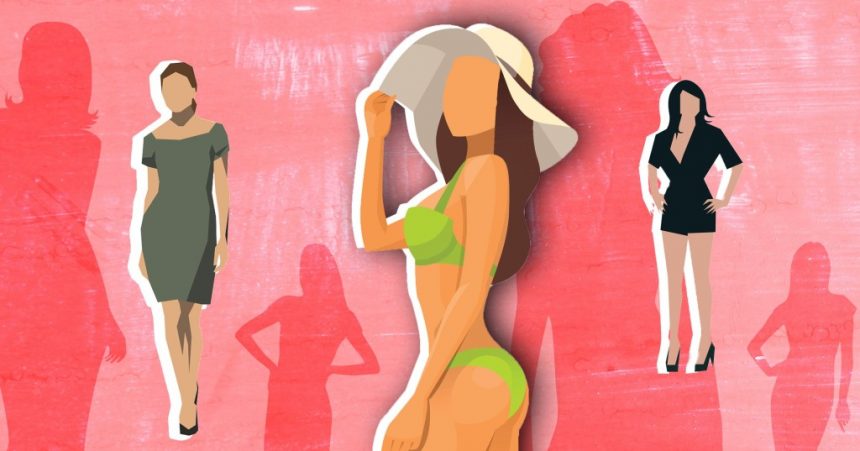 Pretty privilege is something that we all know is alive and well.

On dating apps that put the attention on looks, those who fit into conventional beauty ideals will likely get more matches.

In online content, conventionally beautiful models will be used time and time again over someone that falls into the category of being ‘diverse’.

They found 73% of images accompanied by words relating to ‘beauty’ featured a white woman.

In 88% of those images, the woman was depicted as slim, having long hair, and wearing makeup.

Everyday this content is filtered down through society, further shaping what looks are deemed normal and idealised – meaning many are made to feel inadequate.

The study found that body shape and racial diversity were disproportionately represented too, with only a quarter featuring a woman with minority heritage, and only 2% being plus-size.

Similar statistics were found for ageing too, as only 5% of images showed visible wrinkles. Skin was often perfected, with scars and acne being hidden 99% of the time.

Speaking to members of the public, 35% said they don’t see themselves reflected in this kind of content.

Over three-quarters said this exacerbates ‘pretty privilege’, a concept which affords certain advantages to those deemed stereotypically attractive. And more than half (69%) believe those who fall into this category will come by dates and friends easier.

Thinking about getting a face tattoo? Here's what you should know

Can you actually buy nail varnish that detects a spiked drink?

Dr Wheatley says: ‘It’s no secret that  pretty privilege exists in society, ingrained in the interactions we have with ourselves and others daily.

‘However, what is most concerning is the underlying acceptance of it as normal and ongoing, when more needs to be done to challenge and overcome it.’

A fifth of those surveyed feel they’ve been judged when dating someone that doesn’t conform to traditional notions of beauty – with one in four actually letting this stop them from dating someone.

This has impacted upon our collective mental health, as many respondents said they felt inferior, insecure and self-doubting based on looks alone.

Embracing your looks while dating and beyond

Embrace who you are

Remember scarcity does not equal value

Choose to be brave

‘Why do men keep ghosting me?’


How I Do It: ‘I love buying sex toys and sending nudes – this is my week in sex’