The weirdest places Brits have had sex, from rollercoasters to churches 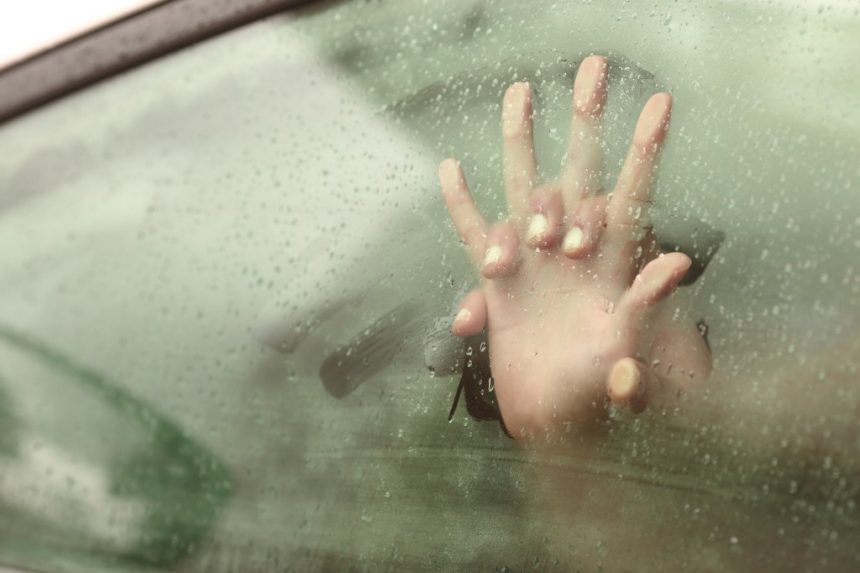 Cars are among the most popular places to get busy outside (Picture: Getty Images/iStockphoto)

Britons are known for our strait-laced, stiff upper lip attitudes. But, as new research has revealed, we’re anything but prudish.

Sex toy brand Ricky surveyed 2,200 adults in the UK about the weirdest places they’ve had sex, finding that over two thirds (71%) have taken their bedroom exploits outside the bedroom at least once.

Of these intrepid folks, 66% said they’d had sex outdoors, while a further third said they’d done the deed in a public place.

And although it’s unlikely you’ll find many private spots to get wet and wild here in Blighty, a whopping 78% claimed to have had sex in a swimming pool.

When respondents were asked the strangest places they’d got it on, the ones that baffled researchers were:

How two people managed to have sex on a moving theme park ride is anyone’s guess, but there’s a reasoning behind why people choose such risky locations.

Almost nine out of ten of those who responded to the survey said they liked al fresco sex for the adrenaline rush. Spicing up their sex lives and the thrill of getting caught were also high up on the list of motivations.

As it turns out, getting caught’s not just a thrill but a real possibility, as almost half said they’d been caught in the act – mainly by friends and family, although 33% were spotted by a stranger.

Have you had an outdoor encounter? (Picture: Getty Images/iStockphoto)

The majority of outdoors enthusiasts (and we don’t mean hikers) spoken to, however, felt positive about their exploits, saying it was ‘freeing’ or that it ‘felt natural’.

Commenting on the findings, Tracey Coates, Relationship Expert at Ricky, said: ‘Although it might come as shocking news for most people, we’re unsurprised that Britons are actively choosing to have sex outside of their homes.

‘It’s clear from the survey that many UK adults are wanting a more adventurous and vibrant sex life and by taking sex away from the private sphere within our homes, it becomes exciting, empowering and freeing.

‘While it might initially be considered “against the grain” to partake in sexual activity alfresco-style, it’s actually a lot more common than you first think and it isn’t taboo – or at least definitely shouldn’t be!’

If George Micheal’s Outside has taught us anything, it’s that the world is our bedroom… as long as we aren’t seen by police or passers-by.

According to the Sexual Offences Act 2003, sex in public toilets is illegal but sex in other public places is not.

This is under the condition that it isn’t witnessed and there’s no reasonable chance that at least two members of the public may witness it. In these cases, you could be charged with outraging public decency.

Exposure (showing your genitals to cause distress or harm) is an offence in itself, as the victim in this situation has not consented.

As long as those involved are all active participants, you’re keeping off the beaten track, and staying safe – condoms as well as ensuring you’re not in danger alone at night – you’re good to go.

MORE : Adorable monkey and cat are best friends and love spending time together


‘I’m stuck in a sexless relationship with a cheating girlfriend’