These are the seven deadly sins of dating that are stopping you finding love – which are you guilty of? 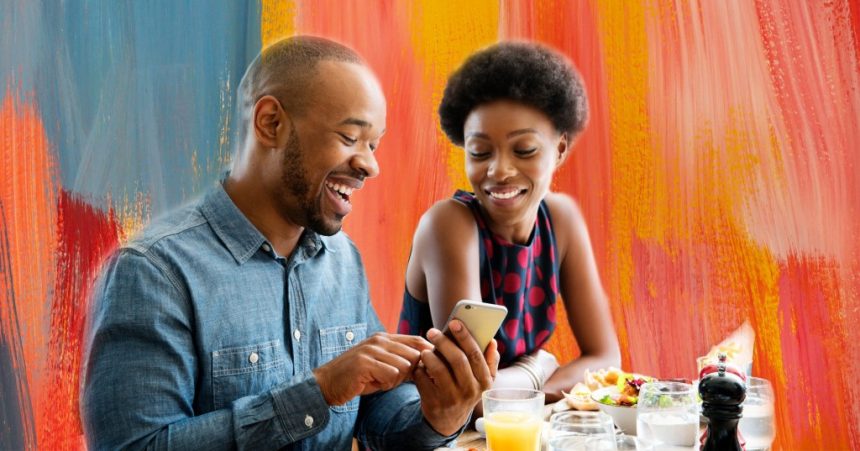 Letting go of these habits could help you find relationship heaven (Picture:Getty)

Okay, so you’re on the dating scene, swiping away on the apps, chatting away, but things keep going wrong.

While it’s easy – and rather tempting – to blame everyone else for this, the truth is that we might need to take some responsibility for the general mess of our love lives.

Could you be the problem? Are your standards too high? Or too low? Are you groundhogging?

Or could you be committing what one dating expert believes are the seven cardinal sins of romance?

Michelle Begy, the founder of Ignite dating, claims that there are some prime sins that regularly stand in the way of people finding their happily ever after.

The tricky thing is that they’re often deeply ingrained, and take some time to unlearn.

The first step is recognising those unhealthy patterns. So, what are these seven sins? And which are you guilty of?

Being obsessed with youth

The first sin: a real fear of age.

This can lead you to lie about your age on dating apps, turn down anyone you see as ‘too old’, or hold a self-defeating attitude that you’re just aged out of the chance of love.

Even if they are in their mature years, people tend to deny the fact that they are ageing and introduce themselves as a “young” 65,’ Michelle tells Metro.co.uk. ‘When it comes to dating, no matter how good you look for your age, potential introductions will ultimately see that number, but instead of focusing on the year they were born, you need to focus more on the person.

‘After all, with age comes experience, knowledge, and maturity. While our bodies may be ageing physically, it doesn’t mean that you are any less dateable than someone in their twenties.’

Demanding someone with identical interests

Someone isn’t necessarily a good match just because they also love watching The Apprentice, think avocados are awful, or agree with every opinion you voice.

Stay open to someone who challenges your beliefs and introduces you to new things, rather than searching for a carbon copy of yourself.

Having a height requirement

Michelle says: ‘History has shown that there is something appealing about taller men and often women tend to gravitate towards men over 6ft tall, believing that they are more successful and secure than their counterparts.

‘But with the average height of a UK man being 5ft 9 focusing on gentlemen over 6ft or even 5ft 11, you are cutting out a huge portion of great gentlemen that could be perfect in every other way.’

‘As we get older our bodies change thanks in no small part to hormones, lifestyle changes, dietary requirements and life stages.

‘While your dream partner may be a petite size 6 now, it’s unlikely that 20 years down the line they will look the same.’

Yes, money is a big deal – we won’t deny that. It’s tough to date someone with a wildly different financial situation, and someone who makes a load of risky decisions with their money might not be a great partner.

But turning down someone simply because their salary falls under a magic number you’ve decided is ideal isn’t a smart plan.

‘From buying a house, to having children, going on holiday to plans to retire, all of these milestones in your relationship require a considerable amount of financial planning, and if you aren’t on the same page when it comes to how you spend your money it’s going to cause some major problems further down the road,’ notes Michelle.

‘That said, financial compatibility isn’t about someone with the same financial standing as you or higher or declining a perfectly good match simply because they don’t earn enough money.

‘It’s about finding a partner who shares your attitude and habits surrounding money.’

Being a snob about education

Michelle notes: ‘Maybe it’s the boom of online dating and the necessity to have a checklist, or the fact that more of more of us are heading to university each year, but the education level of a partner plays a dominant role in the criteria of successful, single professionals, with nearly 70% admitting that it’s important or very important to be intellectually challenged by a romantic partner.

‘The problem is, the ratio of degree educated men to women in life – not just on dating sites or through agencies – just doesn’t add up.

Thinking marriage is the only thing that matters

Feel like you need a proposal by a certain age? Or that if someone doesn’t want to have a wedding, they’re just not worth a long-term relationship?

For many, marriage is the only deciding factor that counts when it comes to how ‘real’ your relationship is. This not only makes you dump anyone who’s not on board with this narrow vision, but can also make you miserable in perfectly happy, healthy relationships, believing that if someone doesn’t propose, there’s something horribly wrong.

‘Don’t rule somebody out who isn’t prioritising marriage right now, but instead remember that they haven’t met you yet and for all you know, you could be the person who completely changes the game for them,’ notes Michelle.

We’d add to that: maybe let go of the pressure to wed. It’s entirely possible to have a great relationship without signing a contract.

'I feel so lonely and invisible in my relationship – does he even care?'

How to tackle the deadly sins of dating

As we say, the first step is identifying the problems – then it’s all about unlearning them, dropping those barriers, and starting to open yourself up to a greater world of possibilities.

‘It is not always a case of people being too picky,’ Michelle explains. ‘Psychology and societal expectancies have a huge role to play in the creation of these barriers. Dating right back to the start of humanity, evolution has taught us to choose a partner based on a specific set of attributes that will increase our chances of survival.

‘But times have changed and it’s about time that our romantic expectations caught up.

‘Instead of focusing on the attributes that don’t line up with your ideal checklist, we need to start accepting these traits for what they really are – a number that doesn’t remain static.

‘Whether we’re talking about age, height, body type, education, financial level, interests, or feelings about marriage, one thing we can be certain of is that none of them will remain the same throughout our lifetime.

‘After all, part of being human is enjoying new opportunities and possibilities that are put in front of us. We don’t just stick to one set path in any other area of our lives – so why do we expect that in our relationships?”

‘When it comes to long-term success of a relationship, there are only really two elements that a couple needs to make a relationship work: a shared meaning in the relationship and to show an interest in one another’s passions. These are the foundations that build a long-lasting and happy relationship – not age, height, body type or any of the other seven deadly sins of dating.

‘So, if you really want to find that perfect partner for you, throw out the rule books, checklists and expectations and focus on the things that really matter long-term. If you don’t, you could be kissing goodbye to your happily ever after, all for the sake of something that in the grand scheme of things isn’t that important.’

Michelle Begy is the managing director and founder of Ignite Dating, a dating agency that teams singles up with expert matchmakers.

MORE : ‘I feel so lonely and invisible in my relationship – does he even care?’

MORE : Should you try ethical non-monogamy? 11 questions to ask yourself

MORE : ‘I get stamina I don’t get from men my own age’: Meet the people who love age gap dating

Groundhogging is the latest dating trend to know – are you guilty of doing it?