We smoked weed, had sex and never saw one another again – it was the best date 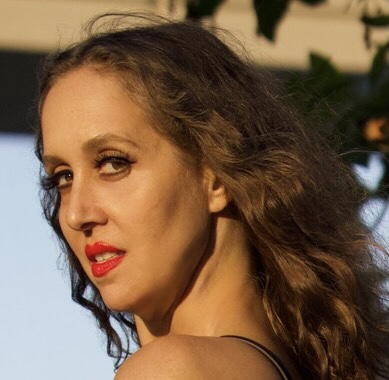 Dating in the direct aftermath of my divorce was filled with ups and downs.

Sure, I enjoyed meeting new men after the end of my tumultuous marriage. I was grateful for dating apps like Tinder as I wasn’t an age where I was frequenting bars anymore. Waiting around to run into Mr. Right at the grocery store had never worked for me anyhow.

And so I swiped right and left, and felt like I was having the time of my life. However, ‘getting back out there’ also meant facing certain challenges. I went on dates with guys who ended up looking nothing like their photos. There were dudes who seemed charming in online chat but were boring or even contentious in real life. And then there were the guys who lied.

James* was one of these liars.

Before meeting for our first date, James, 35, and I spent hours on the phone, talking about our exes. He was a virtual shoulder to cry on. I felt like I was for him as well. He’d been through a split with a spouse, too.

I was excited to meet in real life. James suggested a restaurant for dinner. I walked in, and his looks stopped me in my tracks. He was gorgeous with smoldering brown eyes that flickered under horn-rim glasses. His soft, cashmere sweater complemented his strong body underneath.

And we clicked, too. I sat across from him and immediately felt comfortable. Once again, we talked about our respective ex-spouses. I wondered how his wife could have rejected such a beautiful soul… James seemed like the perfect guy for me.

He paid for dinner, then offered to drive me home. While parked in front of my place, we kissed. I mentioned we should go inside where we’d be more ‘comfortable’. That’s when James decided to confess that his ‘ex’ was actually his current wife.

The fact he wasn’t perfect – one of his front teeth was chipped halfway through – just made him more attractive to me (Picture: Emme Witt)

I was so shocked and hurt afterward that I deleted my profiles on the various dating apps I was using. No wonder it was so easy to meet men. Most of them were cheating!

I doubted I’d ever meet another trustworthy guy on Tinder, or even Bumble or Hinge. After a month of panic, though, I decided to give dating another try.

Still, this time, I went about dating differently. With my feelings bruised, I didn’t trust anyone. When I matched with a guy who was vocal about the fact he wasn’t looking for anything serious, I agreed to meet with him. If he just wanted a hookup, how could I be hurt?

This was how I ended up having a cannabis-infused sexual experience with a man named Will*.

Will, 42, was European, tall and very handsome. The fact he wasn’t perfect – one of his front teeth was chipped halfway through – just made him more attractive to me.

He had thick, dark hair; high cheekbones; and walked slightly hunched over, which as a tall person myself, I understood. Being tall means getting stared at a lot. Slouching is a way to try to disappear a little – to fit in.

With his minor imperfections, Will endeared himself to me when we met in person for the first time at a cafe, located near his house. There was no tiptoeing around about what we’d be doing together. We’d agreed beforehand that if we liked the look of each other, we’d go straight to his place. And we did.

But before heading to his bedroom, he did something no guy had done in a very long time: he offered me a hit of weed. Having not smoked cannabis in years, I waved away the pipe.

From my early days of smoking marijuana in high school, I knew how paranoid it could make me. By 18, I’d stopped doing it completely because I didn’t like the effect it had on my mind.

OK, so maybe I could take a puff or two. I inhaled deeply from the pipe. Three tokes later, I couldn’t believe what I was feeling. I needed sex.

Wow, marijuana sure had changed since my high-school days.

We got busy, and the sex felt so good. I was so relaxed, not paranoid in the least. The calm that blanketed my body contributed to the pleasure, while my erogenous zones were also on fire.

I was feeling rapturous and I hadn’t even reached orgasm yet. Then I did. Once I started, I couldn’t stop. The ripples of ecstasy kept washing over me, again and again. When my orgasm finally subsided, I started laughing.

‘Are you OK?’ Will asked. He’d climaxed as well, but his orgasm hadn’t lasted as long as mine had. I could tell he was slightly worried, what with how much I was giggling. I explained that I was laughing because of all the energy I’d released.

I’d been so pent-up emotionally for the past few years, stressed about my divorce and now about dating. With my cannabis-fueled orgasm, every muscle in my body went slack. I let go of all my worries. I felt renewed, both in body and mind.

I left Will’s flat feeling as if I was walking on air. I never saw him again. I didn’t need to. He’d already given me his own dose of sexual healing.

We smoked weed, had sex and never saw one another again – it was the best date

Try elephant sex position to get close and have intense orgasms

A few months later, I met my current partner. Without my encounter with Will, I might have quit meeting men after my divorce and I wouldn’t be happily re-partnered today.

I’d also be remiss if I didn’t add that I still often vape a little marijuana before we have sex. Luckily, I live in Los Angeles, California, where it’s legal.

*Names have been changed

MORE : I thought my date was going to propose – instead he told me he had a toilet fetish


Tired of getting drunk on dates? These tips might help