10 years of Tinder: How has the app changed dating, sex and the pursuit of love? 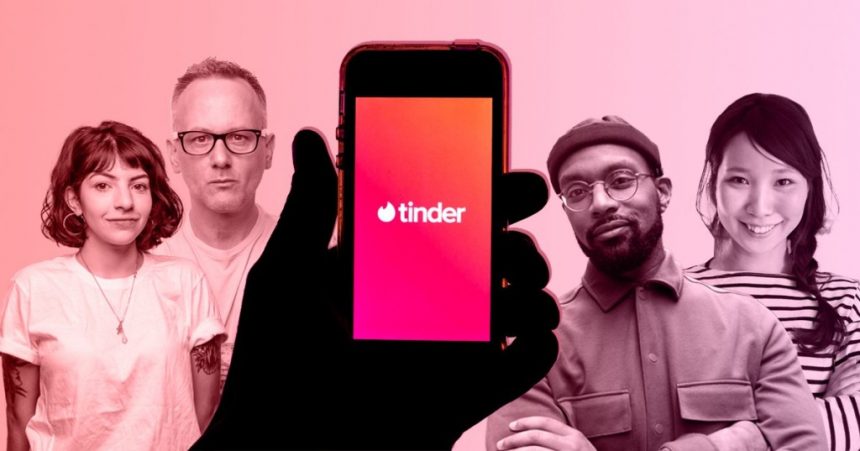 For better and worse, Tinder has changed the way we date.

A decade on, as the app turns 10 in September, Tinder has cemented itself as a mainstay in the world of app dating – even with strong competitors like Hinge, Grindr and Bumble.

Today, there are over 75 million active users, and every week 1.5 million dates are happening off the back of Tinder chats.

For generations of people, it’s the main way dates are found.

A common sighting: a man at a bar, swiping left and right looking for the night’s match, ignoring the singles potentially in the room already. We have come to rely on dating apps.

The shift towards Tinder – whether used for a weekly rendezvous or a gentle step back into the dating world following heartbreak – has come with real success stories alongside some utter fails (the latter recycled as good banter for friends).

Where once it might have been strange or embarrassing to be using online dating formats, Tinder completely turned that on its head – making it so normal that it’s now strange to be single and not have an app on the go.

Finding love against the odds

When Jessie, 28, met Matt, 29, through Tinder, she wasn’t expecting to find her life partner.

‘The people on Tinder I’d met before only seemed to care about sex. Sex and ruminating over their ex,’ she remembers.

Most of Jessie’s dates came through apps, rather than in person.

She continues: ‘After a year-long self-imposed dry spell following an earth-shattering heartbreak, I used and abused Tinder to find out what I liked.

‘I dated an artist with a skull head tattoo, a guitar-playing architect, a warehouse-living dandy and a girl among many others.

‘Much of it was fun, much of it exhausting and there was far too much ghosting for my liking, but the overriding take away from Tinder is a tonne of great stories.’

They had a dreamy first date (Picture: Jessie)

She’d been on the app for three years before Matt came along in 2018 – and it was his first ever date on there. He managed what many of us secretly hope for, yet so few achieve.

Jessie says: ‘He’d just moved to London. He super liked me, said I looked like I’m into cooler music than him and we arranged to meet.

‘I cancelled our first date for some forgotten reason but rearranged for about a week or two after we first matched.

‘We went to a gig at a pub but never went down to watch the band because we were talking so much.

It’s a romantic story that has led to engagement and cohabiting.

Jessie feels her overall dating experience would have been ‘significantly diminished’ if it weren’t for Tinder.

‘Thanks to Tinder, we caught each other at the right time,’ she adds.

Caroline, 36, had also been single for three years before meeting her partner John on the app.

Having been in a series of long-term relationships, dating apps were a joy to discover, allowing her a fun way to connect with people without necessarily becoming seriously involved.

If she became single again, she’d definitely get back on them.

She says: ‘I loved using dating apps and was on them all!

‘I went through phases of deleting the apps and wanting to find someone more organically (at work, through friends or on a night out) but then I’d end up feeling lonely or hopeless and would get back on them.

‘They did provide me with comfort because I could always find someone to talk to or feel hopeful about, but it felt like a rollercoaster sometimes – getting excited about someone and then it quickly being over and moving onto the next.

‘By the time I met John in 2018, I was tired of that rollercoaster, but I didn’t feel like I had many other ways of finding someone so I persevered with Tinder, and thankfully met John.’

Apps made it ‘very quick and easy’ to meet someone in Caroline’s experience, with her once having even gone on a date within 12 hours of matching with someone.

She reflects: ‘I liked how quick and easy it was, but in hindsight I also think it made things move too quickly sometimes.

‘It could create a false sense of closeness by talking to someone via message for a day, as opposed to if I’d met them in person in the normal way.’

‘I met my husband on Tinder – at our wedding, we raised a toast to the app!’ – Ingha

‘When we matched I had the flu and he was voice noting me home remedies. We met up the following Friday and ended up walking for hours – the rest was history. I’d moved to London from Barcelona and started life again in my 30s, so I’m grateful Tinder allowed us to meet.’ – Jessica

Jessica and her partner hit it off from the beginning (Picture: Jessica)

‘In my bio I had a line about brunch, so my now partner suggested we should made pancakes – so we did. What I’d thought would be short-term is still going on strong five years later.’ – Katie

‘At the end of 2018 I matched with a guy I went to primary school with. We both had a crush on each other back then but hadn’t seen or spoken to each other in around 16 years. We’ve been together now for nearly four years and we’re getting married next year. I’m very grateful for Tinder!’ – Elyssa

Tinder has also been a breeding ground for people losing faith in love.

In fact, a 2016 study found that Tinder users have lower self-esteem than those not on the app, likely due in part to the normalisation of horrid dating phenomenons like ghosting and breadcrumbing.

When you’ve had countless bad experiences, it can be hard to see the light, as Georgia, a 20something in London found.

She says: ‘At uni seven years ago, when app dating was new and exciting, it was just fun.

‘Now, I would never go on Tinder. I find the apps so mentally draining.

‘I think, naturally as you get older and want to settle down, Tinder can feel like a time waster.

‘It can take a toll on the natural ego but also if you hear friends having success and you’re not, it does make you question if this is the right route for you.’

Angel, who lives in Oxford, found the men on Tinder over Hinge to be ‘more aggressive with their conversation’ and she admits she has a ‘love-hate’ relationship with the app, having deleted and redownloaded it multiple times over the years.

This downbeat attitude is also a reflection of how Tinder has changed over the years – it’s now synonymous with hook-up culture.

Even Monica, who had Tinder success back in its infancy, tells us: ‘When Tinder was new, I think the concept was certainly more for genuine romance and long-term dating, but my single friends all tell me it’s a very different app now, focused on sex.’

‘I dated a vegan who insisted we went to Harvester then complained about the lack of vegan options on the menu. He then went on to tell me that the reason that my family member had cancer was because she’d eaten meat and dairy. Once I told him that I wasn’t interested anymore after the date, he told me to get some “grace and decorum”.’ – Katie

‘Even despite putting women as my preference, Tinder shows me cis men. I wish they did a better screening of people as it can be very unsafe as there are way too many people out there pretending to be someone they aren’t.’ – Alicia

‘I tried it in my early 40s and have now sworn off online dating for life, even if it means being single forever! Too much ghosting.’ – Claire

‘As a 44 year old, I find people on there to be so ageist. It feels impossible to meet someone – and I was stood up last week by someone who asked me out.’ – Nuala

‘I felt that guys knew there was always something better around the corner. It was quite toxic.’ – Constanze

Aileen Barratt, author of Tinder Translator, says the widespread use of dating apps have given us a sense of gridlock around our options.

She says: ‘Most people are now meeting their partners through apps, meaning that even though a lot of women experience being sexualised and demeaned on a regular basis, they feel like they don’t have a choice but to use Tinder, Hinge, and so on.

‘For all genders, the fact that there’s always another date or match just a swipe away can make people feel disposable, too.

‘There’s a sense that you have to accept that we’re all dating multiple people, which can be fine and healthy, but again if that’s not for you you may feel like you don’t have a choice.’

‘It’s all about appearance. The first thing we pay attention to is what a person looks like.

‘Also there is a kind of instantaneous gratification.

‘There’s an air of flirtation, endorphins, all these chemicals that get brought on light when you’re getting likes – and these feelings may not be the same in the real world.

‘A lot of feel-good chemicals happen when you’re on an app, and you can spend a lot of time searching for this in partners.’

That, along with the fanciful hope of finding true love, might be why we’re so hooked – and why Tinder is still going strong a decade later.

Tinder were invited to comment, but did not respond.

MORE : Singles on Tinder reveal all the things that give them the ick

MORE : Tinder date filled woman’s shoes with baked beans when she dumped him

Different kinds of open relationships: Unpacking the terms and what they mean


How men can close emotional intelligence ‘skills gaps’ in dating