Be nice online and watch out for wokefishing: A Gen Z guide to dating as a teen 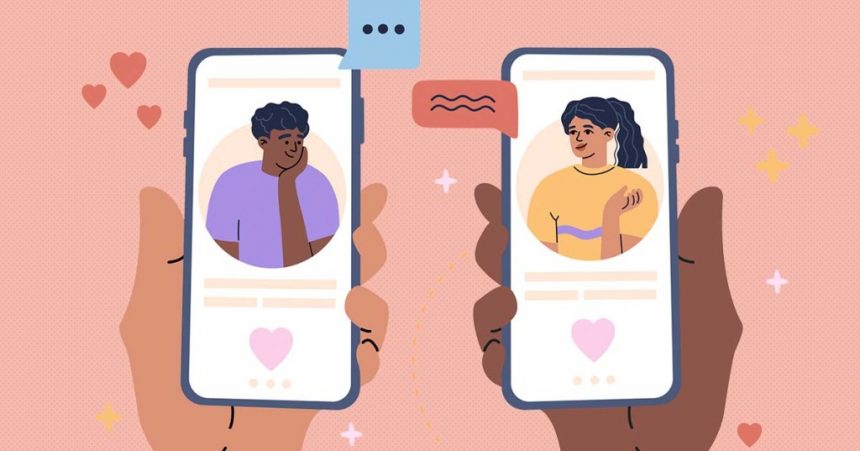 By a teenager, for a teenager (Picture: Getty/Metro.co.uk)

For your average adult, dating is challenging, embarrassing, and confusing.

For teenagers, it’s all the more so – with the added layer of toxicity that can come from happening mostly online.

The last decade has made online dating the norm, but in the pandemic, this intensified.

For many members of Gen Z, cooped up inside for the best part of their youth, meeting took place through sliding in the DMs, flirting through liked posts, and chats held via voice note.

Owen, an 18-year-old student, met his girlfriend of six months thanks to a DM slide.

‘We had a lot of mutual friends on Instagram, and I long thought she looked pretty,’ he tells Metro.co.uk. ‘I messaged her, and we started talking for a bit.

‘After a few weeks of messaging each other – we met up at a party, and after that, we became an item.’

Owen added: ‘I am not going to lie; I would have never got a girlfriend if I didn’t slide into her DMs. I would have been too scared to ask her in person.’

Psychotherapist Jack Worthy believes the rise of DM sliding is no bad thing.

‘Courting evolves as technology evolves,’ he tells us. ‘Previous generations would pass notes in class or send mixtapes. Today, sliding into DMs is a modern evolution of expressing interest.’

So, how do you do the perfect DM slide?

Sliding into the DMs is a subtle art (Picture: Getty Images/iStockphoto)

First, you have to be connected with the person you’re trying to ‘link’ with on social media; preferably Snapchat as you can tell when messages are being screenshotted and they don’t save unless the recipient chooses to.

Don’t go straight in with overly sexual chat. Keep it simple and friendly: ask them what they watch, what their hobbies are. Try the an open-ended question like: ‘what was the last series you watched?’.

The key is not to get stuck for too long in the talking stage. While it’s great to build a relationship online, make sure you’re meeting in person at some point – try asking them if they fancy going out for a coffee, shisha or a bite to eat.

For young people dating online isn’t just about using dating apps – it’s about how relationships develop on social media and through private messaging.

Dating is considered a normal and often essential part of teen development, as more than a third of adolescents ages 13 to 17 have had some type of romantic experience. However, a survey in 2018 found that 21% of Gen Z-ers say a texting conversation can count as a date. So many teens’ interpretation of dating is different to what most of us assume.

But don’t assume this makes our generation ‘weird’ – Worthy notes that plenty of teenage Gen X-ers spent hours on the phone with a love interest.

‘Those interactions could feel like dates,’ he says. ‘Think of watching a movie with a boyfriend or girlfriend. You don’t face one another. You don’t interact. But we thought of those as dates.

‘Texting together in real time can be a meaningful conversation.’

Many people assume that teenagers date just to release some lust, but for some, it’s a way of reducing loneliness A report by The Mental Health Foundation found out that during the first lockdown, 35% of young people were experiencing loneliness. Online dating can be a solution.

Gemma is one of those teens who turned to online dating in lockdown.

‘I was 16 and I was feeling incredibly isolated and lonely,’ she tells Metro.co.uk. ‘I didn’t necessarily want to be in a romantic relationship with anyone, but I did want to get someone to talk to, and I wanted a friend.

‘I joined a couple of friendship and dating apps, despite being underage for some of them, and I found company and friendship through that.’

‘I was not put off with the fact that I was underage, I was cautious, of course; and in complete honestly, I didn’t really discuss my age with anyone – I was simply on dating apps to keep busy.’

Again, that’s not a bad thing. Worthy reckons that dating – online or off – is an important part of growing up.

He tells us: ‘Learning to flirt, to read nonverbal cues, to negotiate consent, and metabolize rejection – these are all parts of becoming an adult and necessary for good mental health, regardless of the medium.’

Quick tips for dating as a teenager

If you meet anyone, make sure they are who they say they are (check various social media accounts), and meet in a public place, telling someone when and where you’re meeting.

It’s easy to get swept up in romance, but don’t ditch your mates for someone you fancy. Never forget your friends.

Remember the risks of sexting

An Ofsted report found that 80% of girls feel under pressure to send sexual images. Connecting with potential love interests online can be fun and exciting, and many teens feel the need to reveal the most intimate parts of their bodies; but remember that taking, sending, sharing, or having explicit photos of those under 18 is illegal – even if you’re under 18, too.

Worthy encourages people to never behave online in a way they would not act in person. He says: ‘The more removed you are from the person with whom you’re communicating, the more likely your communication will be impersonal or insensitive or impulsive.

‘We conduct ourselves differently over dating apps and social media (and usually worse) than in-person.’

It is difficult not to feel the pressure to move quickly into an intimate relationship, but just because ‘everyone else is doing it’ doesn’t mean you have to.

Wokefishing is a big problem for teenagers. To put it simply, this is where people parade progressive political views to get a swipe.

Given our strong political awareness, it’s important for Gen Z-ers to know that the person they’re dating isn’t supporting causes in a performative way – they have to mean it.

MORE : Groundhogging is the latest dating trend to know – are you guilty of doing it?

MORE : There are four motivation styles – here’s how yours affects the way you work


Psychologist shares five signs your relationship is over