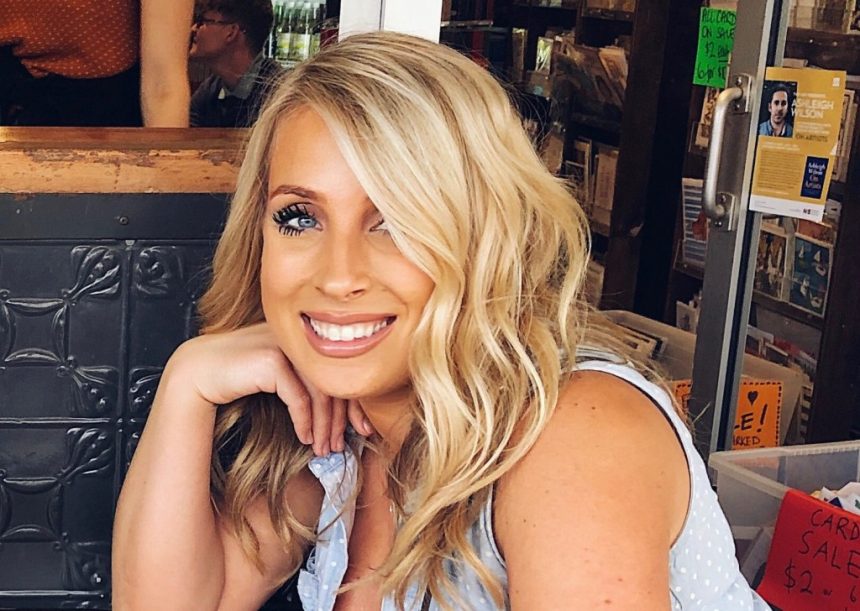 It was fate that brought Ozzie and I together; a string of happy accidents that so nearly never happened.

I was 28 at the time, happily living in London, in a house I loved, doing a job I adored, with a rich and varied social life that centred around the city I had called home since graduating six years previously.

I had visited Sydney twice before – once on my gap year and then again two years later – and while I had never spent more than a week there, I found the beaches enticing and the laidback lifestyle intoxicating, and longed for a reason to return.

When my friend Scarlett moved to Australia for a year, I jumped at the chance to visit her and escape the dreary grey of London in February.

By a serendipitous stroke of luck, a friend who had a beautiful apartment on the water in Rose Bay – one of Sydney’s most affluent suburbs – was away skiing for the entirety of my trip and so he kindly let me stay in his beachfront abode for my three-week stint down under.

I had been at a surf festival for the day in Manly and very nearly missed the ferry home, but as I sat down on the upper deck – slightly out of breath; my skin sandy, sun-kissed and buttery from sunblock and salty from the sea – I locked eyes with Ozzie and soon after docking in Circular Quays we swapped numbers.

When he text me the next day asking if he could take me on a date before I left Sydney, I very nearly said no; I was due to fly to Melbourne the following day to spend a couple of nights with some friends before flying back to the UK.

I was swiftly swayed when he said he wanted to take me to watch the sunset over the city, and so we agreed he’d pick me up the following afternoon after work.

I called the airline to cancel my flight to Melbourne, and to book a new flight home for a week later (Picture: Lucy Pearson)

If I concentrate hard enough, I can almost touch the day of our first date. I remember watching him as he walked bare feet down the drive; thinking how different he was to the men I knew in London.

We shared a beer on the balcony, listening to the gentle lap of the ocean, as the water sparkled in the late afternoon sun.

He drove us to Dudley Page Reserve – a scenic stretch of parkland with views of the city skyline and harbour – to watch the sun set, and as the sky turned peach and dusk melted into night, I could feel myself falling for him.

We spoke about everything and nothing; my life in London; his life in Sydney; what it was like for him growing up in small-town New Zealand.

The bruised sky was soon inky black, and the once-warm air now had a cool breeze. We drove to a nearby lighthouse, and when he kissed me – with the city skylights twinkling in the distance – I knew I wouldn’t be flying to Melbourne as planned.

The next morning, before he left for work, I called the airline to cancel my flight to Melbourne, and to book a new flight home for a week later.

At the same time, he looked for a hotel to book us into so we could spend the rest of my time in Sydney together.

We were inseparable for the next six days; driving to beaches, swimming in the ocean, sitting in the late afternoon sun, hands intertwined as we talked about a future together; wrapped in a sort of heady passion that was only intensified by the beautiful backdrop of the city that I was also falling in love with.

'How do we stop having these explosive arguments?'

On my last day in Sydney, we went for a final dinner before Ozzie drove me to the airport, and I was overcome with grief as I walked away from him.

We had discussed my moving back to Sydney a number of times during our week together, and a little over six months after landing in London, I flew back to be with him.

The heartbreak when things didn’t work out a couple of months later was unlike anything I had ever known before, but there’s not a single thing I would change.

Sydney has been my biggest teacher and my longest-standing love affair, and saying yes to the date that almost never happened was is the best mistake I’ve ever made.

You can read Lucy’s blog here

MORE : My date was a complete disaster even before our trip to A&E

MORE : My braces got stuck to his penis – it was the worst date ever


Be nice online and watch out for wokefishing: A Gen Z guide to dating as a teen