Could you be dating a sociopath? Here are the signs to look out for 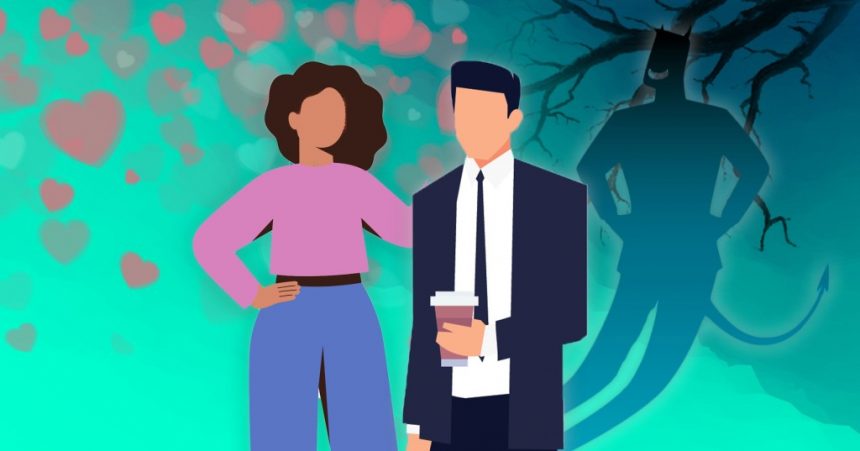 Is your charming date as perfect as they seem? (Picture: Getty)

Did you meet your perfect new partner just as you were feeling vulnerable? Did he or she sweep into your life when you needed them most – after a split, a loss or a derailing of your life?

If so, beware that knight who steps in to ‘save’ you. Because just one step down from a psychopath is a sociopath. They too are charming, affable and manipulative – and they could be gunning for you right now.

‘They smell prey,’ warns therapist Paul Levrant. ‘A sociopath spots weakness a mile away. They’ll home in on women (or men) of all ages, but maybe not the younger ones because they might not have enough assets and wealth to identify them as a potential victim.

‘A sociopath will seek out someone who is vulnerable or recovering from a relationship – and they’ll use that person to their own ends.

‘While a narcissist tends to be a sexual predator, because sex is a way of being adored, sociopaths are interested in power – and they like to watch people suffer.

‘They will take your money and then enjoy making their victim squirm.

‘It’s terrifying – but these people really do walk among us.’

Chrissy Handy with her former partner Mark Hatton, who claimed to be a millionaire and a member of the famous Rothschild family (Picture: SWNS)

Sociopaths are having a TV moment, with dramas such as Killing Eve depicting them, while online support sites such as Lovefraud.com warn victims of red flag signals.

If your perfect partner has a flash temper, warns Paul Levrant, it could be a sign that they are sociopathic.

‘They hit out in anger and self- interest,’ he says. ‘It’s like the flick of  a light switch.’

All this is familiar to Chrissy Handy, author of hard-hitting new memoir Seduced By A Sociopath.

When she confronted her partner and father of her two-year-old son, asking what had happened to her missing £565,000 supposedly ‘invested’ in Geneva, he ‘flipped’.

Chrissy wrote a book about her nightmare relationship, as a warning to others who might find themselves involved with a sociopath (Picture: Supplied)

Chrissy recalls: ‘He screamed “f*** off, bitch!” The veil suddenly dropped. I was so shaken. I was staring at him, the man I was supposed to be marrying and the father of my child, and I thought: “Who are you?”

‘It was so shocking, I had to back off and drive home. Within a couple of hours he turned up with a bunch of flowers, saying, “I’m under so much pressure, I’m so sorry.”

Hatton was sentenced to three years for fraud and 15 years for an unrelated case, the rape of a teenager (Picture: Nick Razzell)

‘I had never seen him snap before and I realised he had a totally different personality – one I’d never seen before. It was a horrible awakening.’

Handy’s gripping new book reveals how she was targeted by conman Marc Hatton just as her life was coming together following  a divorce.

‘I was 38 and had just bought my own house in Cheltenham and was preparing to start a business course at university when an immaculately dressed man introduced himself to me at a coffee shop,’ she says.

How to tell a sociopath from a narcissist

Narcissists are more driven by a need to be adored and will break rules (all the time) and laws (less often) if necessary to fulfil the uncontrollable need of their ego.

‘He showed me his passport in the name of Alexander Marc Alphonsus Nathaniel d’Ariken de Rothschild-Hatton – and said he was the illegitimate son of Edmond de Rothschild.

‘He used to send me song lines like “You to me are everything” by text, and love-bombed me with flowers and plans for our future. It is flattering when somebody likes you. I’m intelligent and I don’t think I’m anyone’s fool but it’s easy to be conned.’

Chrissy recalls how when she confronted Hatton about her missing £565,000, he screamed at her to ‘f*** off, bitch!’ (Picture: Warren Smith)

In Handy’s case, she was fleeced of £565,000 and left with a then two-year-old son, Marcus, and her three older children from her previous marriage, when Hatton fled the country.

He was eventually arrested in America and jailed in February 2010, receiving three years for fraud and a further 15 years for the rape of a minor in an unrelated case. Hatton was released on licence in February 2021, and Handy wrote her own book as a warning to others. So what advice does she have?

‘Your head can make excuses and  make allowances for behaviour but  listen to your gut,’ she says. ‘If you feel uncomfortable, take a step back and give yourself time to seriously think this through.’

Chrissy was left with a then two-year-old son, Marcus, and three older children from her previous marriage (Picture: Chrissy Handy)

Handy decided to confront her partner, who never lived with her, after Hatton’s sister-in-law warned her he was a con man. But she says: ‘People don’t want to warn you. It turns out some of the mothers from school had doubts about Alexander but they didn’t think I’d believe them.’

Can a sociopath ever change? Handy thinks not. ‘Having spent years researching sociopaths, I think we’re all born with a tendency to have a little sociopathy but you learn empathy as you grow up,’ she says. ‘But Hatton had no remorse at all.’

When it comes to relationships, Handy recalls advice from a detective who helped her bring Hatton to justice.

Seduced By A Sociopath by Chrissy Handy (HarperCollins) is out now.

MORE : How to heal after dating a narcissist

The summer of the ‘cramdemic’ – are singles too busy to date post-lockdown?


Got a sex and relationship problem that needs solving? Email us to get expert advice