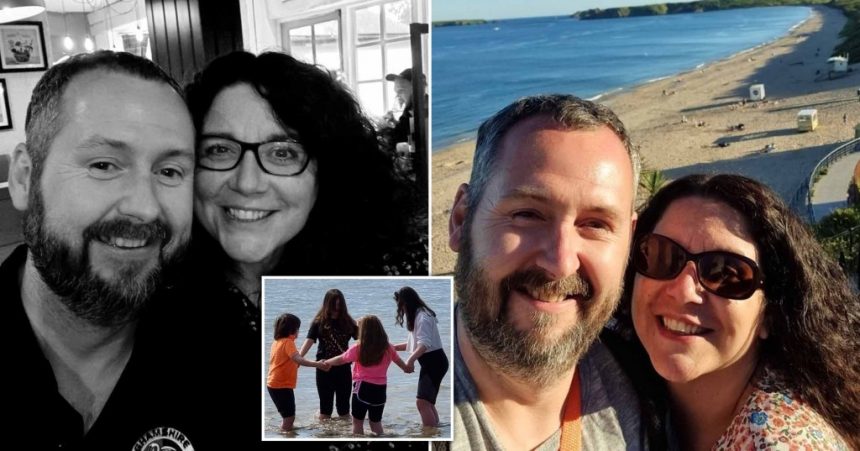 ‘We do have differences in our style of parenting, but they are not so big that we couldn’t find common ground’ (Picture: Collect/PA Real Life)

When Susannah Underwood and Carl logged on to Frolo, an advice hub for single parents, the last thing either of them had expected was to find love.

Susannah, 48, replied to offer some reassurance – and from there, a connection started to build.

‘I had a lot of male friends on the site,’ Susannah said. ‘I’d pick their brains about stuff to do with being a single parent, so I could get the male perspective, but it never occurred to me I’d start a new relationship.

‘The thing with Carl is that he just got the whole single parent thing because he is one.

‘I also knew the site was a really safe place to meet other single parents and interact, so I wasn’t going to get sent nasty pictures or anything dirty.

‘I trusted Carl, but I told him I was still concerned that if I fell for him I might lose the friendship.

‘Also, I’m a woman of a certain age, so that, together with being a single parent, made me feel more vulnerable, but Carl totally understood.’

Susannah and Carl couldn’t deny the spark and made it official at the end of 2020 (Credits: PA Real Life)

Susannah offered advice to Carl, who said he felt that no one wanted a ‘nice guy’.

She told him that she had also been told she was ‘too nice’, but advised him to be true to himself and not to change.

Despite being long-distance (Susannah is based in Cardiff and Carl lives in Oxfordshire) the two bonded over video-calls away from the Frolo site.

By November, the pair had met in person at Magor Services near Newport in South Wales.

‘I always say it was the worst location for a date of my life, but it was convenient as it meant I could get back in time to collect my kids,’ said Susannah.

‘However, it was one of the best dates of my life, too, as I could have stayed and chatted with Carl for hours.’

The couple now describe themselves as a ‘blended family’ and celebrated Christmas Day together (Credits: PA Real Life)

Although Susannah, being a single mum, was unsure if she was ready to commit to a relationship, the spark was undeniable, and they became an official couple at the end of 2020.

Thanks to the lockdown and long-distance, Carl and Susannah spent the majority of their honeymoon phase on Zoom, which is also where they introduced their children.

But in April 2021, when lockdown restrictions were partially lifted, they met up as a family of six on the beach at Barry Island, near Cardiff.

Susannah recalled: ‘I remember looking up at one point and all four kids were standing in the water holding hands as they bonded.’

This was both a pleasure and a relief for Susannah and Carl who, like many single parents, knew it was essential for their children to like each other and their partners in order for the relationship to truly work.

The relationship has been such a success that they have been asked to be ambassadors for Frolo’s spin-off dating app exclusively for single parents, launching this Valentine’s Day.

‘It’s the icing on the cake, to think our relationship has inspired something positive that could help more single parents who understand each other’s challenges to find love,’ Susannah said.

Carl has also given the app his vote of confidence and is extremely happy to have found someone who loves him without him having to change.

He said: ‘We do have differences in our style of parenting, but they are not so big that we couldn’t find common ground when there were teething problems.

‘Susannah is a wonderful partner and a brilliant mother.’

You can find out more about Frolo Dating at www.frolo.com or sign up as a founding member by downloading the Frolo app on the App Store and Google Play.

MORE : How to know if your standards are too high when dating

MORE : Woman, 27, becomes single mum by choice after a breakup with the help of a sperm donor