How to flirt: Tips from an expert to get you started or improve your game 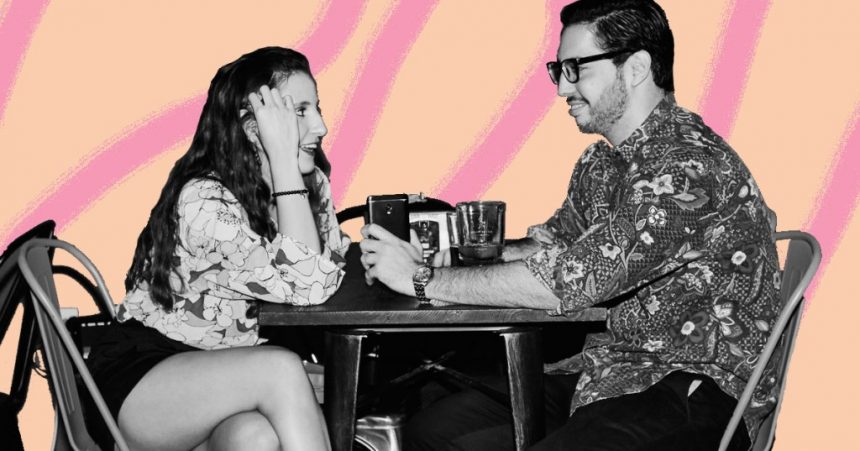 Struggle to flirt? We’ve got an expert to talk you through it (Picture: Getty/Metro.co.uk)

Flirting can come naturally in some situations, and be utterly terrifying in others.

It’s a fickle skill, so it’s little wonder that so many people just want straight-up instructions on how to do it – and do it well.

Handy, then, that in this week’s episode of our sex and dating podcast, Smut Drop, social and cultural anthropologist Jean Smith chats to Miranda Kane about how to flirt with confidence.

Jean, author of Flirtology: Stop Swiping, Start Talking And Find Love, says being warm and open are both ‘key attributes to being a good flirt’.

So that’s your starting point. Then what?

Use your surroundings to come up with an opener

Jean tells host Miranda Kane that a good opening line starts with the context of the situation.

‘It’s looking at the surroundings and asking them a question that has to do with the context that you’re both in,’ she explains.

‘Where are you? Let’s say you’re at a bar. What is this person drinking? Okay, why is it blue? So then you say: “Oh, that’s an interesting drink, why is that blue? What’s in there?” That’s it.’

It can be very, very easy to imagine the worst-case scenario that can happen if you put yourself out there, but Jean says we can’t be ‘writing the whole story in the first second’.

A lot of people do it, but try not to overthink it and just be in the moment instead.

‘We all hear about how great the present is,’ says Jean. ‘It’s especially good for flirting.

When it comes to why flirting can be so scary, Jean says, it’s down to the stories we’re telling ourselves.

‘We listen to our mind,’ she says. ‘We let it create this narrative. And it never says: “Oh, Miranda, you should totally ask that person a question because they’re going to be really happy. In fact, you might be the only person who spoke with him that day, and they’re going to be delighted. You should do it”,;

‘It never goes in that direction, does it? It always goes in the bad direction.

‘It’s about trying this enough times and realising “wow, I actually get positively reinforced here. People actually want to connect with me”. And they do.’

Jean says: ‘You can’t study flirting without studying rejection. This is the key in everything.

‘We do all these elaborate schemes to try and stop ourselves from being rejected, but unfortunately, all of these rules mean we just end up stagnant and not doing what we want.’

She adds: ‘The problem is people look at the flirting or even dating scene as a chance to validate. “Am I good enough? Am I pretty enough? Am I attractive enough for this sort of thing?” We’re throwing our worth out for others to judge and that’s why rejection really, really stings.

‘But if we go at it a different way, in that separately, we work on ourselves, we’re happy with ourselves, we do the self-development, etc, then when we go to the flirting scene all of a sudden, one, flirting acts as a weeding out mechanism.

‘So if someone doesn’t get our jokes, it’s not: “Oh, I shouldn’t have said that. That was so stupid.” It’s: “Oh, this person isn’t a good match for me.” That makes things so different.

‘It makes flirting so much fun.’

Give people space to respond

If you’re worried about coming on too strong, Jean says the key is to leave space to gauge the other person’s reaction to your flirting.

‘You say something and create space,’ explains Jean. ‘How are they taking this? And then if they’re just uncomfortable, if it feels a bit weird, then you just say: “Oh, well, thanks for the coffee. Have a great day.” You just back off.’

It’s also important to pay attention to body language – especially if you want to minimise your chances of getting rejected by a stranger.

Jean says: ‘Look for the open people and open body language and maybe even a bit of eye contact to see if they’re returning your gaze or not.’

Jean urges us all to do some flirting homework.

‘I would like everyone to ask three people that they don’t know a question,’ she says, ‘whether you’re getting a coffee, or you’re on the Tube. The question can be something you already know the answer to, but it’s really about making a connection.’

Flip the purpose of flirting

Instead of worrying about what people are going to think of you, Jean suggests viewing flirting with the lens of: ‘how can I make that person’s day?’.

‘If you think of interactions as for the other person, that helps us not to be self-conscious,’ she tells us.

‘Everyone wants to be seen and recognised. So it’s just being interested in people or making that person feel like: “Yeah, I see you, I see that you’re special”. Because we’re all special in different ways.’

When asked whether there was a soundbite-style piece of advice she wanted to put on a t-shirt, Jean says: ‘I’d definitely want it to say: “Don’t think, just go.”

‘It’s just about being fun and playful.

‘The minute your brain starts mulling it over, it’s not going to happen.’

Another thing she wants people to know is that flirting is ‘no big deal’.

She adds: ‘People like to be liked. We like it when people give us compliments or show interest in us.’

Smut Drop is a weekly podcast with host Miranda Kane from Metro.co.uk, touching on sex, dating and relationships.

MORE : Speed dating is back – after lockdown, is it any wonder?

MORE : How I Made It: ‘I’m a sex influencer and have been breaking taboos for a decade’

MORE : Lovestruck High: Who is in the cast of new Prime Video dating show?


Everything you need to know about dating a Gemini