‘I was worried her vagina was tighter than mine’: The couples giving polyamory a try for TV 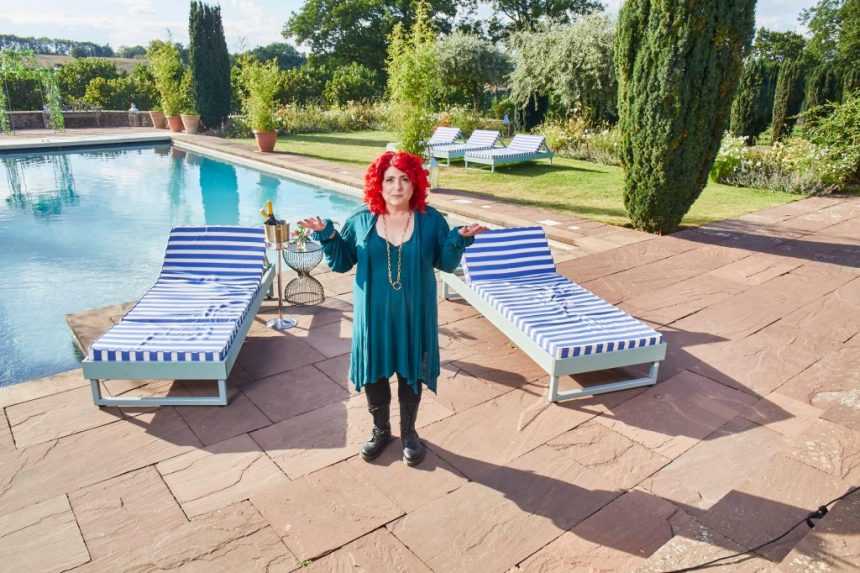 While the coronavirus pandemic may have closed the world down two years ago, the government-imposed lockdown seemingly opened our minds – and our relationships.

The monotonous and arduous nature of spending days shut in with your partner has served as a catalyst in prompting new ways at looking at what we really want from a relationship; as we begin to emerge from a post-pandemic world, the quaint idea of ‘just the two of us’ no longer cuts the mustard for some.

They say that search terms such as ‘ethical non-monogamy’ and ‘polyamory’ have seen an almost 400% increase among women – they were up a whopping 500% for men – in the past year. Meanwhile, six in 10 couples on the app were looking for a third person to join their relationship.

‘Many individuals have had the chance to think about and discuss their sexual and relationship dynamic preferences over lockdowns that has led to an increase in exploring new things,’ sex and relationships expert, Ness Cooper, tells Metro.co.uk.

‘It can be that some individuals have learned that it’s not their partner’s reasonability to see to every need and want within their relationship. And opening their relationship up to exploring polyamory may be a way to explore these other needs and wants without expecting one individual to fulfill them.’

Tapping into this increasing curiousity about just what an open relationship entails, is Channel 4’s brand new series Open House: The Great Sex Experiment. Billed as its ‘most shocking show ever’ (a bold claim from the home of Naked Attraction), the six part series invites poly-curious couples to explore and indulge in their fantasies in a luxury stately home, with intimacy therapist Dr Lori Beth on-hand to provide support and advice on opening your relationship in a safe and healthy way.

These couples will then be testing their relationship to see whether they’re ready for ethical non-monogamy, with their bed-shaking exploits broadcast for all to see.

Mady and Nathan decided to come on the show almost by coincidence, after a researcher for Open House slid into 25-year-old Nathan’s Instagram DMs just days after they discussed potentially becoming a thruple.

The pair, based in South Wales, had been dating for a year and a half when they were approached by the show’s team – and were curious about whether they would have sex on TV.

Mady and Nathan are interested in being a thruple (Credit: Channel 4)

‘We’d never been filmed at all ever,’ Mady says. ‘We didn’t actually know anything before we went on the show, we had no idea what it was going to be about. We went in with no expectations and we came out with so much more than we ever anticipated.

‘I got so carried away, I completely forgot the cameras were there.’

But despite their healthy sex life and their boundary-breaking career, Jess, 29, admits both herself and Mike, 31, approached the show with trepidation.

‘We’d spoken about opening up our relationship before,’ she explains. ‘We’d watched a few live streams and the idea did tickle my fancy.

‘I was so nervous it was going to ruin our relationship. I was more in the mindset that it probably wasn’t going to happen. We just didn’t think there would be something we would both like.’

Jealousy was something Mady and security guard Nathan had to grapple when they considered opening their relationship.

‘I was never crazy – but it’d bother me if he was speaking to other girls,’ admits Mady.

However, when the couple did invite 37-year-old business owner Precious into their bedroom for their first ever three-way frisson, it was Nathan who struggled with jealousy.

‘You have to consider it’s an experience for all three people.’

‘You’re having sex with your wife and another woman, it’s every straight man’s dream,’ he says. ‘Men can fantasise about having multiple partners at once, but they don’t realise you’ve got two emotional women that you have to balance out. You’ve got two women to please and communicate with, and it can be a juggling act.’

How to open your relationship safely

1.       Do your research: Non-monogamy takes many shapes and forms and it’s important to have at least an initial idea of what you may or may not be interested in.

2.       Discuss it with your partner first: Talking about opening up your relationship is likely to be a discussion which is made up of multiple conversations. Don’t just expect you and your partner to be on the same page from day one – and have conversations honestly about what you are hoping to gain, what you are most worried about, most interested in, and importantly if you have any strong no’s.

3.       Establish ground rules: Often in relationships we fall into a pattern and a way of being without it ever have been an explicit conversation – if you are opening up your relationship then this may be something that you have to do so that you both know you are working on clarity of where each other is at,

4.       The first experience that you have may not be the perfect one: Expectation can often really hinder our reality of situations and we can treat these as learning experiences rather than failures.

5.       Don’t expect everyone to understand: We live in a society which is largely mononormative so you may find that people around you aren’t as on board as you would like them to be, or express their views that don’t line up with yours.

And despite being more than happy with their open relationship, Jess admits that she does still struggle with feelings of jealousy sometimes.

It’s these sorts of concerns that arise during intimate encounters which makes regular communication with your partner(s) so important.

‘Dr Lori’s advice was so invaluable,’ Mady says. ‘She was so insightful, for her to guide us through our experiences and explaining each side of the argument clearly was vital for us.

‘You have to set clear boundaries, which can actually be quite difficult. The new challenge when you open up a relationship is setting boundaries to make it fair for both parties, and so there’s no miscommunications or feelings getting hurt.

‘This was why the opportunity to go on the show gave us was so good, as it provided us with a safe and supportive environment to experiment. We wouldn’t have been able to do this without Dr Lori.’

The pair believe polyamory will become more mainstream, with social media platforms and shows like Open House portraying an alternative relationship structure than our monogamic norms.

‘People think it’s more acceptable to do it if they see someone else… they think, oh they’re doing it, we can do it. That’s why we did it, because we saw it online,’ Jess explains.

‘We love love. You can love two children so why couldn’t you love two partners. There’s enough love in the world you can have it shared.’

Liam Payne's new twang defended by fellow accent juggler John Barrowman: 'He is who he is'

Moon Knight review: Tormented Oscar Isaac is a marvel in one of MCU’s most brutal releases

Meanwhile, Mady feels she and Nathan have gotten closer since they’ve started searching for a third in their relationship.

‘It’s the weirdest thing, you wouldn’t think that sleeping with other people would make you closer to your partner, but it does,’ she says. ‘I trust Nathan so much more. I know if he sees a woman that he wants to sleep with, he can just tell me about it.

‘He may have this choice of girls but he always comes back to me, and that makes me feel quite special. I’m the one he comes back to.’

MORE : Polyamory may not be for everyone, but it’s what works for my partners and I

MORE : How I Do It: ‘I experimented with polyamory, but now I want monogamy’