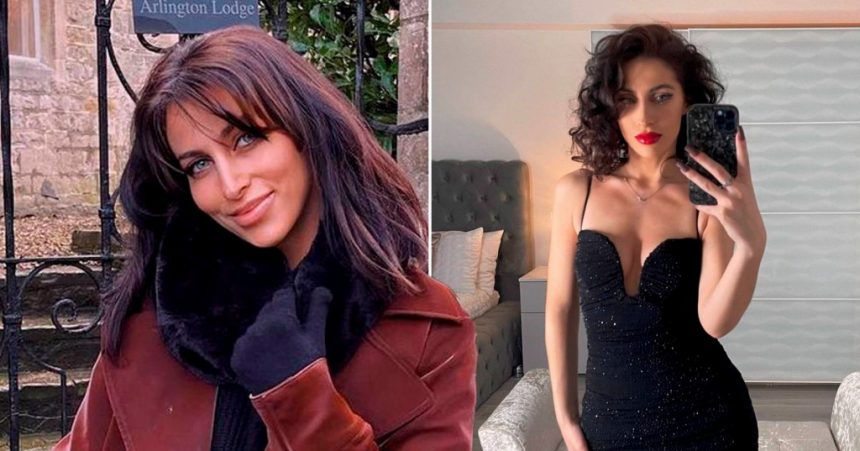 ‘We all left him’ (Picture: North News and Pictures)

In a situation that sounds ripped straight from a romcom, a woman has reached out to and befriended the other women her boyfriend was dating behind her back.

A la John Tucker Must Die, in which the lied-to girlfriends of a love rat band together to get revenge, Michaela (not her real name) was dating a man for six months before she learned he was also seeing multiple women who lived in her city.

Instead of lashing out at the ladies or trying to one-up the cheat, she reached out to them all and the group ended up bonding before they collectively kicked him out of their lives.

The London-based client relationship adviser said: ‘I was dating this guy for half a year.

‘I had connections with all the other women, he wasn’t even discreet about it.

‘I think he wanted to get caught to look like the “top dog” or as if he was a man in demand.

‘I followed one of the women on social media, and she followed me, too.

‘She posted a photo at The Shard, and he posted one too, but I could see him in the reflection of her image, which is when I first realised he was seeing other women.’

One woman he was secretly dating was the doctor who did Michaela’s fillers, another was friends with her cousin, and yet another was at a party she went to.

‘I eventually reached out to all of the girls,’ she said. ‘I messaged the first one on Instagram and got talking to the other girls at different social events or while I was getting fillers done.

‘I decided to confront him. I was at a party with one of the girls, and he was at a pub. I told him I was coming to see him with her, and he kicked off and told me not to.

‘I wasn’t that bothered in the end as I was already put off him. We were basically broken up at that point.

‘Another girl also told me she had confronted him later on, and we all left him.’

Even though they all lost a cheater, they gained five new friends in each other, and Michaela says the whole thing has taught her a lot about female empowerment.

She added: ‘This all happened a few years ago and we’re all still close friends.

‘I didn’t feel as though I was pitted against other women or had to fight over a man because they’re all amazing girls.

‘If anything, I thought he had really good taste.

‘We’re quite similar. We’re withdrawn and timid so he definitely has a type.

‘I don’t hold anything against him because I feel like we all won in that scenario and walked away with a great group of friends.

‘It taught me a lot about myself and supporting other women.

‘It isn’t the other women’s fault, we were all played by the same guy, so I don’t see why it would make me resent them at all.

‘The funny thing is, he tries to stay in touch but none of us are interested, we’ve walked away stronger.’

MORE : Is a ‘hall pass’ ever a good idea in a relationship?

MORE : Are you being ‘bluelighted’ in your relationship?

MORE : How to deal with ‘singleness envy’ in a long-term relationship

‘I was worried her vagina was tighter than mine’: The couples giving polyamory a try for TV


How to define the rules of an open relationship