My 6 hour first date was perfect – we talked about everything, except dwarfism 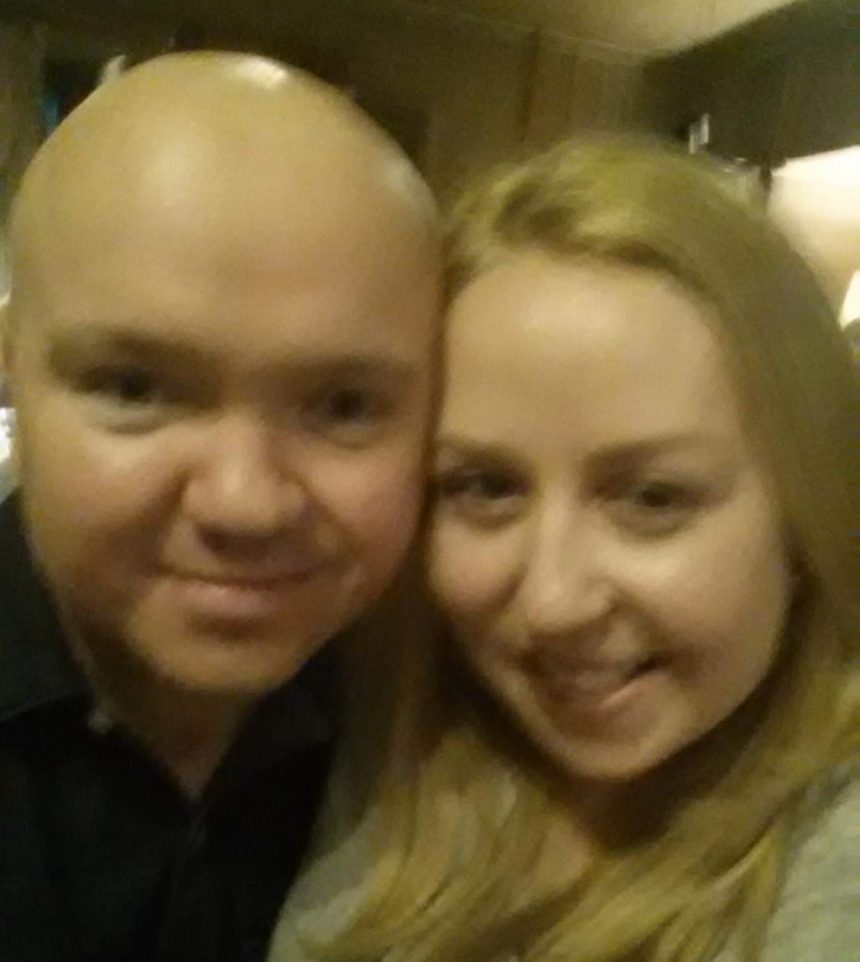 The waitress approached our table and, clearing her throat, gave us a smile:

‘Would you like to see the menus again?’ she said. ‘Just you’ve been here since lunch and it’s dinner time now…’

Glancing at my watch, I gasped and looked at my date, Michael. We’d been there, at the same table, for six hours!

I’d been so nervous about the date back in February 2016, agonising about what to wear, and whether I’d fancy him, but all of my worries disappeared as soon as he walked into the pub and flashed his big, beautiful smile.

I guess the saying is true, time does fly when you’re having fun.

We’d talked about our families and how we’d both lost people close to us, about work, silly stories about when we were younger… anything and everything.

In fact, the only thing we didn’t discuss was the fact that we both had one big thing in common – that we’d both been born with dwarfism.

I’d realised from a young age that people would often stare at me while I was out, but when I asked my mum about why they were looking, she would just say that they liked my clothes.

It was only when I was seven and realised that my classmates were sprouting up around me while I stayed the same height and I questioned her again, that she told me I’d been born with spondyloepiphyseal dysplasia congenita (SEDc). It’s the same rare form of dwarfism that Warwick Davis has.

It had been picked up on Mum’s pregnancy scans but her and my dad, Brian, didn’t care. Instead of worrying, Mum learnt to sew, so she’d be able to alter my clothes.

After taking a selfie, Michael walked me to my car and kissed me in the rain (Picture: Steph Manners)

That was her and Dad all over.

They did everything they could to make my life easier – including moving down light switches so I could reach them, or positioning step ladders all over the house.

When I was 11, Dad told me he was going to teach me to drive when I was older. I was sceptical until he showed me pedal extenders he’d researched.

To be honest, it didn’t bother me for a long time. I had – and still have – an amazing group of friends. ‘We never see you as short,’ they’d tell me: ‘Just Steph.’

It was only when I turned 18 that I started to become conscious of my body – particularly my stomach, which was really pronounced.

Thinking I was plump, I stopped eating. But when Mum and Dad clocked my new diet, they explained that with my form of dwarfism, my spine curved into my back, pushing my stomach out.

Realising nothing would change the way I looked, I decided to have my belly button pierced. It looked so pretty, and just knowing it was there under my clothes boosted my confidence.

It was also at this age that I started to think about relationships. My friends were starting to kiss boys, and get their first boyfriends – I even went on a few dates myself, but couldn’t find anyone special.

At 4ft, I started to wonder if I’d ever find The One. ‘You shouldn’t rule out meeting anyone your own height,’ Mum suggested.

The idea hadn’t occurred to me – mostly because I lived in a small village in the Peak District, where there was no-one else my size.

It got me thinking, though, and in 2010, I started attending Little People UK conventions. It was incredible, finally being eye-to-eye with people.

And in August 2015, I noticed a man looking dashing in a suit. Whenever I glanced over, he was laughing. For the first time, I felt butterflies.

He came over to introduce himself as Michael the next day but I didn’t have time to talk – my taxi home was leaving in 10 minutes. I asked him to add me on Facebook and he told me he’d message me.

He did indeed request my friendship, but no message arrived. I was devastated. And when the next convention took place in February 2016, he wasn’t there.

But then some friends added some pictures of the event – and me – on Facebook and a message popped up. Michael.

Then, straight away, another message pinged through – this one dated from August the year before! ‘I just wanted to say what a gorgeous smile you have. I’d really like to get to know you.’ For some reason, it hadn’t come through.

With shaking fingers, I typed a reply: ‘You must think I’m so rude, but your message just arrived now!’

Walking down the aisle in September 2019 in front of 80 of our closest friends and family, for once, I didn’t mind people looking at us (Picture: Steph Manners)

Thankfully, Michael saw the funny side and so we’d agreed to meet. And it turned out to be the best date of my life.

Instead of staying for dinner, we had another drink, took a selfie and then headed outside, where he walked me to my car. It was drizzling and I’d always dreamt of being kissed in the rain, so when he pressed his lips against mine, it was the most perfect moment.

He texted me as soon as I got home, telling me what a great time he’d had. And we started meeting up every weekend.

Mum was right, meeting someone my own height made perfect sense. Not only was it so lovely to hold hands and look into his eyes without any awkwardness – Michael was born with achondroplasia, the most common form of dwarfism and, at 4ft 4in, is four inches taller than me – but also have someone understand me in a way very few people did.

He knew about the aches and pains I’d feel at the end of the day, and that I sometimes needed a scooter to get around.

On our one year anniversary, we returned to the same pub and took another selfie to celebrate!

The only shortcoming to our relationship was the extra attention it brought.

In the small village I lived in, people knew me. But as Michael lived an hour and a half away, we started going to different places. People would stare, point and nudge. Someone even shouted ‘Midgets!’ out of their car at us.

Sometimes we’d ignore it, other times Michael would tell them that we could hear them, which was usually enough to stop them. But that just made it feel even more like us against the world.

That was why, when he asked me to marry him on a helicopter flight over Las Vegas in March 2017, I didn’t hesitate to say yes.

Like any bride-to-be, I couldn’t wait to choose my dress. I absolutely love clothes and although it can be tricky finding ones that fit, I love the challenge.

So when I found a gorgeous white gown with lace sleeves, and a seamstress agreed to make me a train, I was delighted.

Walking down the aisle in September 2019 in front of 80 of our closest friends and family, for once, I didn’t mind people looking at us.

Then we jetted off on honeymoon to a cruise around the Caribbean and a week in Barbados. Now, Michael and I live in an adapted bungalow.

We’ve talked about having children but it would be a big strain on my body, so we’ve decided to enjoy a few more adventures, just the two of us, before we make any big decisions.

So, how did our first date go? Pretty perfectly, I’d say.

As told to Sarah Whiteley

MORE : We had our first date at Glastonbury – our wedding was a tribute to the festival

MORE : We smoked weed, had sex and never saw one another again – it was the best date

MORE : When he crashed his car, I thought the date couldn’t get worse – then he opened his mouth

Everything you need to know about dating a Cancer star sign