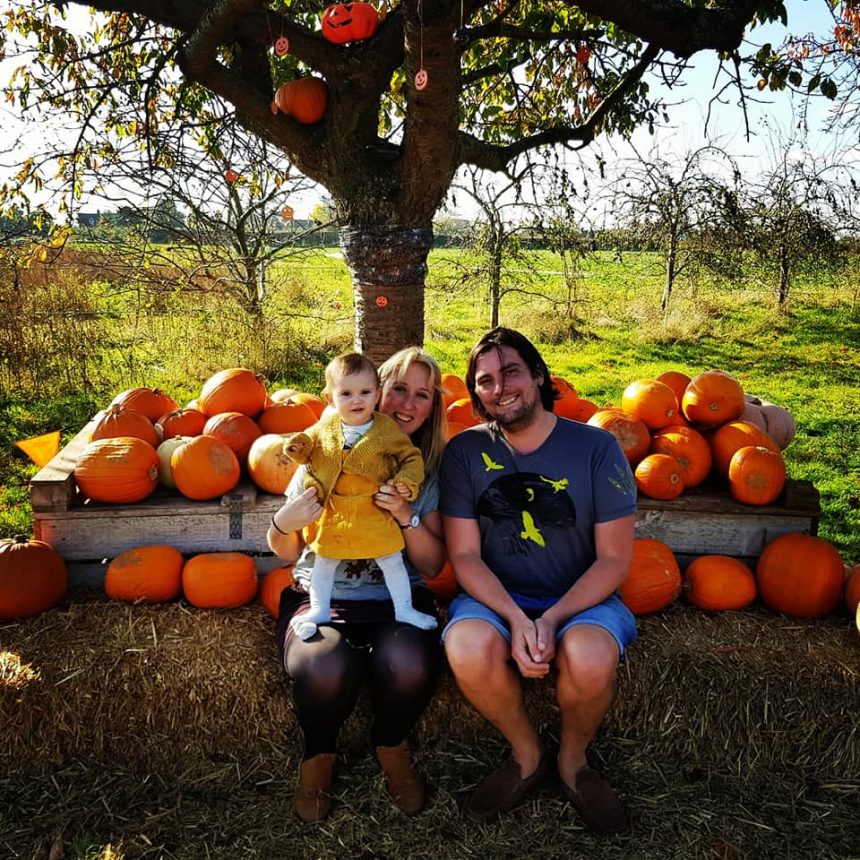 You would think it would be easy to avoid someone in London but it wasn’t.

My ex-boyfriend and I seemed to cross paths constantly, and as a result, we seemed to flit in and out of each other’s lives. He was always there, and never quite gone.

We were the couple who would either be having blazing rows or amazing sex. At that point, there wasn’t much in between.

We were magnetic in the way we responded to each other and there was never a quiet moment. We were both very opinionated and loved to sit and put the worlds to rights, feeling shocked when the other had a different viewpoint.

As we started to mature (or so we thought), at around 25, we were able to listen more and after five years on and off, we decided to give it another go.

I had tried dating other people but I always got bored; they didn’t get my sense of humour or need for independence. He never minded when I went away at the drop of a hat, or if I drank too much and was annoying.

We had been through a lot together. He was there when my mama died and I didn’t realise at the time how much he’d supported me. No one else lived up to him.

Thankfully the date was worth it as my then ex-boyfriend and I are now married, with two wonderful children (Picture: Imogen Tinkler)

I remember meeting after work at the pub, my favourite place for a date. I wasn’t sure if it would lead anywhere, but it felt right to see him again. I had those pre-date butterflies and couldn’t stop laughing as memories of our time together flashed back.

We started the night calmly with a couple of drinks but soon we had ordered another, and then another. Strangers kept joining our table and buying rounds. So we were pretty tipsy as the drinks kept flowing, but happy to be together. There was always much laughter when we were together.

Finally, the last orders were called and we caught the night bus home to mine. For some reason, we decided that midnight on a Tuesday, fuelled by alcohol, was the perfect time to have a bath. I mean, what could possibly go wrong?

I lit the candles and set them around the bath. This wasn’t a large opulent bathroom but one with a sliding door and just enough room for a bath. There was no sink or anything else, just a bath and a huge mirror.

My husband is now a chef and the only thing we now set on fire is food (Picture: Tarah Coonan)

I found some leftover booze in the cupboard and made us cocktails. I remember feeling like Nigella Lawson as I went out into the garden to pick some herbs for these mind-blowingly good concoctions. In my head, I was a sober romantic queen.

The bath was run, we had Hot Chip playing in the background – not loudly as I knew my housemate was asleep. It felt like the world was amazing and I was so happy to be with my ex. Everything just felt right.

Fast forward 30 minutes and my housemate was now awake and banging on the bathroom door asking why our flat was on fire. We replied, saying that it was absurd and our flat was definitely not on fire.

I did feel a bit hot but put that down to passion.

Next thing I knew my housemate was in the bathroom pouring cold water over my head and blowing out the candles. I was quite annoyed and indignant. What was she playing at?! We weren’t being that noisy and I was sure she had woken me up on other nights.

She patiently pointed out my hair was on fire. I remember rolling my eyes at her. I thought she was annoyed that I was back with my ex.

For some reason, we decided that midnight on a Tuesday, fuelled by alcohol, was the perfect time to have a bat (Picture: Imogen Tinkler)

Surely he would have noticed my hair on fire – wouldn’t he? He did not.

Wrapped in dressing gowns the two of us made it to bed, the romance somewhat dampened and fell into a drunken slumber.

The next morning, I woke up and could smell a horrible burning smell. I presumed my housemate must have burnt something the night before as it seemed strangely familiar. I couldn’t wait to leave the house, but the smell followed me.

It was then I recalled that my hair had in fact been on fire and my housemate could possibly have saved my life. I had to make something up at work as the aroma accompanied me to all my meetings, while also trying to stop my face turning a crimson colour as I lied.

I remember finding a scarf in the drawer of my desk and tying it round my head to dampen the smell. I thought I looked like Audrey Hepburn, but I think I was possibly still drunk!

The best events in London this week, including mountains of freebies

Why is ambivalence around motherhood still so shocking?

Woman travels the world looking after other people's pets

On the way home from work I stopped at Borough Market to buy my flatmate some flowers and a bottle of vodka from the corner shop to say thank you.

Thankfully, she just laughed at me but said I was banned from candles as, if she hadn’t been home, it could have been another, not so funny, story.

Thankfully the date was worth it as my then ex-boyfriend and I are now married, with two wonderful children.

My husband is now a chef and the only thing we now set on fire is food.

MORE : He asked me to be his girlfriend on our first date – within two years I became his wife

MORE : My date was so obsessed with Kate Beckinsale that he kept calling me by her name

If it feels too good to be true, it probably is: Signs you’re dating a wolf in sheep’s clothing