My date turned up late, sweaty and in his running bib after just finishing a 10km race 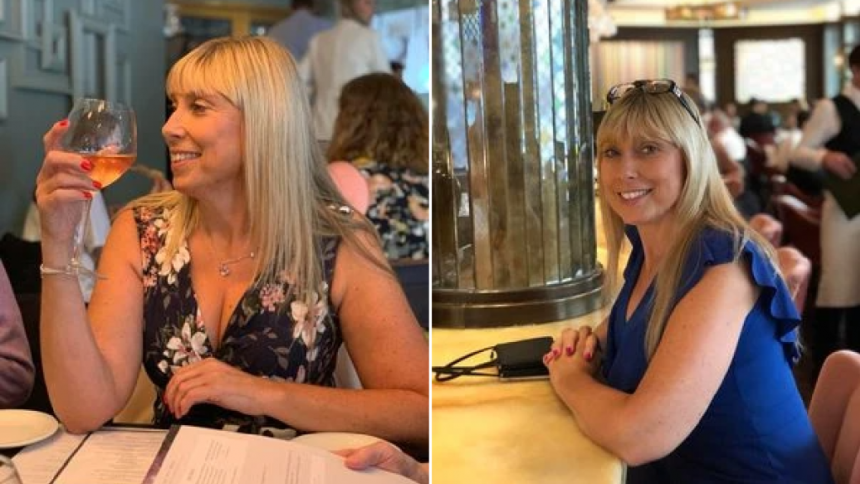 As a woman of an age (54 to be precise) I have always been a person who takes care and pride in her appearance – although, maybe lockdown was a bit of an exception, with gym gear worn most days of the week.

So, when I registered for an internet dating site or two in 2018, one of the first things I noticed was how scruffy some men can be. It’s a definite swipe left from me if they don’t at least put a decent picture up of themselves.

I was about two weeks into my new ‘swipe life’ when I came across ‘M’ – that’s what I’ll call him.

I remember the very moment I saw him; he looked tanned, very smart and had a comprehensive profile, which led me to believe he was seriously looking for the women of his dreams.

M took a while to answer some of my messages initially, and seemed very busy at times. I was a bit put off – it only takes two seconds to send a quick message or even an emoji.

But then, out of the blue, he started to slide into my inbox very regularly – usually a few times a day. He told me all about his career and I found out that he’d had some very interesting jobs, including working as an army medic, a school teacher, and teaching first aid.

I hadn’t quite realised at that point just how much of a priority running took in his life (Picture: Claire Hattrick)

He was also a keen runner and raised lots of money for charity – all of these things ticked lots of boxes for me. He seemed kind, giving, thoughtful, chatty and came across as really good fun.

I hadn’t quite realised at that point just how much of a priority running took in his life.

M asked a few times if we could meet up, before I finally agreed, after feeling like I had given it enough time to know if he was genuine or not. I didn’t think one meet up would hurt.

We had arranged to meet mid-morning – the idea was to have a coffee and, if we got on well, stay for lunch. I got up quite early to make sure I had time to look my best, after planning what I was going to wear.

Happy with how I looked, I left early and had a nice casual drive through the countryside to the lovely country pub we had arranged to meet at. I arrived 10 minutes early, sat in the car for five minutes, and then decided to go inside to wait.

I sent M a message to let him know that I had arrived but had nothing back. I assumed he was probably driving and didn’t think too much about it.

I went in, ordered a drink and sat down by the doorway so I could see him when he finally arrived. I waited and waited and waited, but 20 minutes later I’d still had no text or call. I gave it another five minutes then messaged to ask where he was. Again, no reply.

Then, all of a sudden, there was a bit of a commotion outside the door and I could see a man running into the pub while peeling off a number on his T-shirt.

Red faced and sweating profusely, he arrived at my table saying: ‘Sorry I’m late, the race was a 10k and not 5k – it was turn up like this, or not at all!’

It appeared that M had scheduled a 10K race, finishing at the same time our date was supposed to start.

I think the look of horror and disgust on my face said it all. He absolutely stank of sweat and, when he leaned in to kiss me on the cheek, I moved backwards to dodge him.

I was set on leaving straight away but he insisted we had a drink. I finished mine and told him I wasn’t impressed that he’d turned up looking the state he did.

He spent half the time we were there apologising.

He caused such a fuss when he arrived that everyone in the pub was looking at us throughout the whole date, and I just wanted to leave.

I thanked him for the drink and said I hoped if he met anyone again, he would be more organised with his diary.

After I left he messaged to say he would love to see me again – but as I had spent too long getting ready the first time, I wasn’t going to do it again. I told him as such.

It was rude and not the way I would ever have treated anyone. He could jog on.

To read more from Claire about kids, the menopause and life advice, visit her blog at: clipboardclaire.com

MORE : My date said he'd been shot – his sister told me he was a liar

Speed dating is back – after lockdown, is it any wonder?


What exactly is an ‘unspoken rizz’?