The dating ‘ick’ trend is preventing people from forming connections 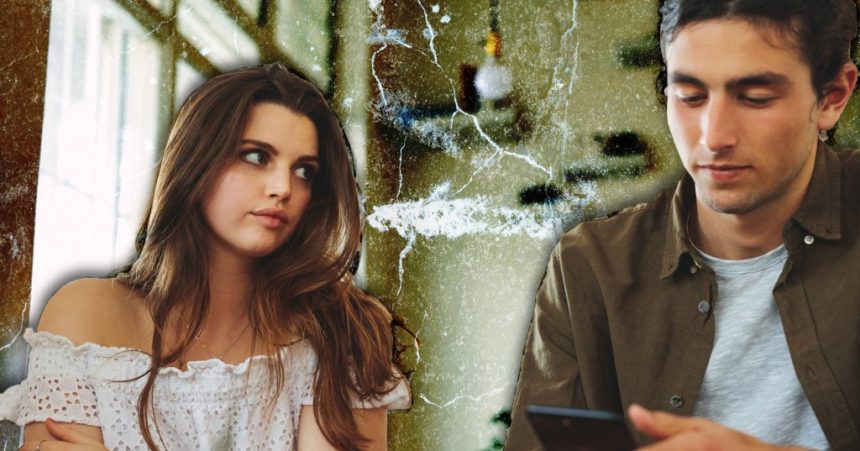 Do you get the ick? (Picture: Getty Images/iStockphoto)

If you’re active in the dating scene, you might have come across the term ‘ick’ by now.

An ick is when someone you’re dating does something that puts you off them.

It’s become a trend in itself to list off somewhat ridiculous icks, with examples including: ‘when he breathes too loudly’, ‘when she examines the chocolate box menu’, and ‘when they sit cross-legged’.

But dating app Badoo is now saying that social media icks are affecting how people date – with singles being turned off a person much quicker, and over seemingly less vital reasons, than in the past.

The company’s research reveals that 82% of singletons have experienced the ick while dating, and three quarters have even ended a relationship because of it.

live laugh love except dont bc i’ll get the ick

Getting the ick is nothing new, but it’s now a buzzword in modern dating, which Badoo believes is due to ‘ever more weird and wonderful icks being revealed each day’.

Over a third of those surveyed admitted they are influenced by icks discussed on social media, with a whopping 77% saying they’ve seen more ick-related content online recently.

Showing how easily swayed we are, 75% say they’ve picked up more icks – including those that they didn’t even consider before – as a result.

Two thirds of respondents claim ick-related content, such as the ‘He’s a 10 but…’ trend, is impacting their ability to make connections.

There’s now pressure to find the ‘right’ person free of icks for 35% of people.

Dating and relationship expert Sarah Louise Ryan believes having icks are a form of self-sabotage – they help put you off a person for any reason you create an ick for.

A third of daters admit this is true for them, and 43% say they get the ick as a connection feels too good to be true, while 42% say it’s a defence mechanism to protect from potential hurt or rejection.

Sarah says: ‘Social media is such an influence in our day-to-day lives – shaping how we think, feel and even make decisions.

‘When it comes to dating, it plays a major role here, too.

‘We’re seeing more and more “ick” related content trending online and this is clearly having a direct impact on how singles approach a new relationship – as they try to navigate whether what they’re feeling is genuine, or enforced by something they’ve been encouraged to believe is an ick.’

Thankfully, however, there are ways to get around irrational disgust when it creeps in.

Navigating icks when you're dating someone

Consider what is actually important to you: If you start to feel things that make you feel ‘icky’ about the person you’re dating then consider if that ick is superficial. If it’s something fickle such as the shoes they wear, remember we are compatible with people based on both similarities and differences, so try to embrace them as opposed to being put-off by them.

Shift your mindset: It’s hard to not be influenced by others, and by what you see on social media, but if you want to create a positive dating journey you have to focus on what you want and ignore the icks you know you don’t relate to – you’ll end up building a more joyful and positive experience this way.

Take ownership of your dating journey: When we say ‘I’ve got the ick’, we say it as if we can’t control it. Instead, try to take ownership and really think about how you feel – regardless of the ick. If you still don’t feel a connection, it could be best you part ways. But if something’s there, it’s worth trying to push past any ick.

Work out what’s causing the ick: A way to overcome getting the ick time and time again is to think hard about what’s causing it. If it’s the same scenario and set of circumstances making you feel icky, then maybe there’s more to it than what’s on the surface. Perhaps it’s something deeper like getting clear on what’s hurt you in the past so you can acknowledge, deal and heal, to create a more positive and successful dating journey.

MORE : How shy men can be more confident dating – according to experts

Woman, 41, reveals she’s trying for a baby with her 74-year-old husband