Woman earning £80,000 a month on OnlyFans says she’s scared to date because of ‘gold diggers’ 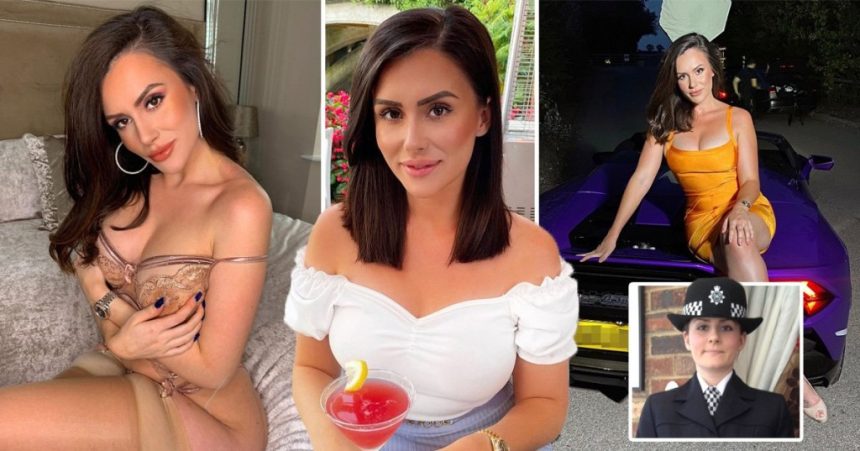 She made more than £1 million last year (Picture: Jam Press/@charlieerose3)

A former police officer making £80,000 every month on OnlyFans has never dated – but now she has a considerable amount of cash, the 28-year-old says she’s ‘scared of gold diggers.’

Charlotte Rose, from Essex, earns a hefty sum each month by creating content for the adult platform.

But she says her true life is nothing like the persona her fans love online.

‘I’ve never had a date,’ the model explains.

‘Nothing has put me off dating – I’ve just never been asked on one.

‘I don’t really socialise as I’m always working, so I don’t really meet many new people. I don’t check my message requests on Instagram as I just get thousands of them and would never get through them.

‘The only time I chat to guys is on OnlyFans – and most of them are faceless, anonymous guys.

‘And the ones who do send pictures, I always wonder if I’m being catfished and if it’s really them.

‘I’ve been so focused on working that I’ve never really thought about dating, but I wouldn’t say “no” if the right person came along.’

She said: ‘I do worry with the cars that I have that a guy would look at that and be like “jackpot – I get to drive supercars and luxury cars every day and live in a big house.”

‘But I’m a pretty good judge of character so I feel I would be able to spot those types of guys.

‘I can definitely see myself dating in the future.

‘I think in the next couple of years once I’ve really got myself set for life, I can calm down on the work from and focus on me time – and I guess with that a guy may come.

‘I definitely want children but I don’t feel too much pressure to settle down just yet, as in this day and age women have children much later on in life after successful careers, so that currently isn’t too much of a worry.’

Charlotte says in a dream world her ideal date would be on an isolated beach in the Maldives – all candle-lit and next to the ocean.

But in the real world, it would probably be ‘a McDonald’s Big Mac and strawberry milkshake.’

Charlotte used to work in the police force but quit after one year, as she didn’t like the male-dominated environment.

She then started modelling when a friend suggested she come along to a test shoot and pose with sports cars.

Immediately she was snapped up as a glamour and lingerie model.

Charlotte was then invited to join OnlyFans at its inception in 2016, and was one of just 100 women using the site.

Charlotte says she kept her content ‘tame’ – largely creating role-play scenarios that involved her talking to the camera and interacting with fans.

At first, she didn’t commit much time to the site and didn’t see the money-making potential.

But when the platform started to take off in late 2018, Charlotte decided to take it more seriously and began uploading regular content, dedicating 14 to 16 hours a day to her OnlyFans presence.

Woman earning £80,000 a month says she's scared to date because of 'gold diggers'

‘My page is very tame but it works because I’m niche – so many pages are hardcore but I won’t do that, I like my page to be different.

‘I’ll role-play and talk to the camera as if it’s a guy and cover some fantasies, but it’s mostly me talking to them.

‘It’s personal for me and I’ve built up relationships with a handful of my fans that I talk to daily and know inside out.

‘I know their children’s names, their job titles and if they’re having a bad day – and when they are, I’ll send a voice-note and some pictures of my dogs to cheer them up.

‘I have a loyal fan base who tell me they wouldn’t stay on my page if I became more explicit and I do well by being different to everyone else.

‘Other girls are shocked that I earn as much as I do without doing more on camera.’

MORE : Carl Woods encourages fans to talk to him about their mental health issues on OnlyFans: ‘It’s not just about pictures and videos – I’m there for you’

MORE : Woman finds out her dad has been buying her nudes on OnlyFans

MORE : ‘I am cringing’ – OnlyFans model shares message from ‘creep’ uncle who found her account


‘How do we stop having these explosive arguments?’