How I Do It: ‘I love blue-balling men – welcome to a week in my sex life’ 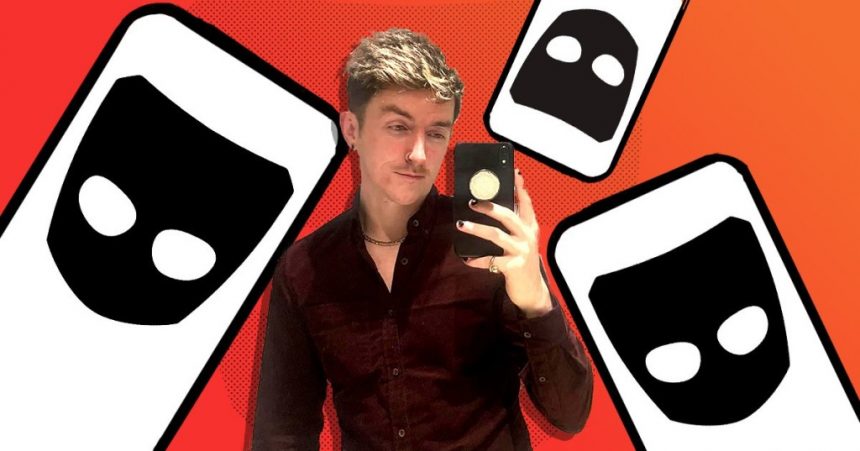 ‘I think the idea and build-up of sex is much more appealing than the reality’ (Picture: Getty)

Welcome to How I Do It, the series that gives you a sneak peek into seven days in the sex life of a stranger.

This week, we hear from writer Christopher, who says he enjoys things like sadism, domination, cruising and group activities, and describes himself as ‘a bit of a serial dater’.

He defines his sexuality as ‘romantically gay but sexually bi’, and explains that he’ll happily use the gay label, but will still sleep with women.

‘I used to hate the idea of sex, he says, ‘mainly due to body issues but as time went on and a deluded sense of confidence descended I threw shyness to the wind and started sleeping around from my 20s onwards’.

His self-confidence motto is ‘no one cares about you more than you care about yourself’.

‘Although it sounds like a twisted insult,’ he explains, ‘it grounds me in the sense that my insecurities probably don’t even register with the other person.’

I finally managed a long overdue hook-up with a lad called Luke* who I knew very little else about other than his name. I met him online a few weeks ago, but as we tried to arrange a meetup we kept missing each other.

The only solid information I knew about him was he is hung, with long, scruffy blonde hair akin to that of a love-child of Kurt Cobain and Michael Langdon from American Horror Story: Apocalypse. Absolutely my type on paper.

Once I arrived at the hotel room we pretty much f***ed right away. Three hours and three orgasms (two for him and one for me) later, I was relieved to discover he was very much my type in person too.

Later that night, I reconvened with friends and danced my way around a club to see how many drinks I could blag in return for my Instagram handle as, after Luke, I had zero capacity or intention to go for round three.

‘I wanted attention and when I got it I was satisfied’ (Picture: Christopher Megrath)

Giving myself the name ‘Now’ online naturally suggested I wanted a hook-up but the chances of me entertaining someone for even 20 minutes at the peak of my hangover was slim to none.

I wanted attention and when I got it I was satisfied.

I ended up catching up with an old friend and his partner for drinks, and at around 1am I started making my way home.

Grindr was once again whipped out, and I started speaking to someone who was not too far away. I knew I was too drunk to enjoy any form of penetration, so I continued texting him for about 10 minutes out of boredom, unenthusiastically saying we should meet up sometime.

It just so happened he was a street over also on his way home, so I thought ‘f**k it’ and met him. I forgot in my drunken stupor I said he could come back to mine which meant the subsequent walk home was littered with dirty talk that was barely registering with me.

With no intention to actually bring him to where I lived, I managed to bargain him down to giving me oral in a back
alley.

After I finished he was still eager to come back to mine in what I suppose was a dim belief he was still going to get his d**k wet. But I refused due to a sudden ‘sore head’.

I spent my evening enjoying something better than sex – better than blue-balling men even.

I binge-watched Gordon Ramsey’s Kitchen Nightmares season 10 in its entirety.

Monday once again saw me drinking my weight in cheap vodka on a night out. I checked my phone now and again to clear my messages. As the alcohol hit my system, I slowly but surely became more receptive to people’s advances.

Not enough to actually get with anyone though – god no – but they didn’t need to know that. I joked I would sit on a guy’s lap at the bar, which got me a free drink, which he followed up with, ‘sit on whatever you want’.

I politely declined as I said I was married – I’m not – and sauntered off with my drink. As time went on, I spoke to a few lads online and flirted heavily with them despite knowing full well I was occupied for the night.

I exchanged a few cheeky messages and cheekier pics before one said, ‘Ahh I’m gagging to meet up now like. Can you not get away for a bit?’ I felt like my weird interest in denying men pleasure had been fulfilled.

I replied, ‘not really, sorry, but I’ll try!’, proceeded to put my phone away for the evening, and tried to get a sneaky tequila rose from the lap guy at the bar without having to shag him.

‘I joked I would sit on a guy’s lap at the bar, which got me a free drink’ (Picture: Christopher Megrath)

Tuesday was somewhat of a reserved night as I kickstarted a chat with a guy who had really good vibes.

A decent conversation from a pretty cute dude with messy hair and piercings was the tonic I needed to wash away the absolute f***ery I’ve been offering others all week long.

We never actually covered anything sexual apart from basic preferences, but the overall tone was chill, so we’ll see how things go.

You know that guy you keep in your back pocket that you like, but not enough to maintain anything steady with?

Well, mine reared his head on Wednesday evening via the typical ‘heyyy what you up to?’ text we all recognise as the male specimen’s opening to 10 minutes of bad banter followed by one of the worst hard lefts into a sexual conversation ever you’ve ever seen.

Bored, I decided to pick up the pace for him by lying about just stepping out of the shower even though I was wrapped up in bed playing video games. The usual low effort ’oh, without me?’, and ‘wish I was there’ rolled in.

I entertained it, as I do genuinely enjoy speaking to him despite the bad graft.

About 40 minutes later he had asked for nudes no less than 10 times. Unbeknownst to him, I was dusting off a handful of snacks whilst apparently edging him.

I replied, ‘coming right up’ with a few emojis before putting my phone on charge and going to bed for the night – leaving him holding on to his orgasm for god knows how long.

Could you be dating a sociopath? Here are the signs to look out for

How I Do It: 'I love blue-balling men – welcome to a week in my sex life'

Thursday saw the end of Tuesday’s love affair as I discovered he’s moving to Lisbon and I had no interest in starting something romantic if that was the case.

With romance off the table, I went back to window shopping and what felt like teasing animals in cages. ‘Now’ became my username again as I welcomed an outpouring of lads trying to get off when all I wanted was a wank at best.

I think the idea and build-up of sex is much more appealing than the reality.

I guess there’s a sadist side I’m not fully tapping into in some respect, but I’m certainly not going to reveal that to whoever I’m flirting with because no doubt they’ll want to meet up to try something new – and we all know how that goes with me.

*Names have been changed.

How I Do It

In Metro.co.uk’s How I Do It you get a sneak peek into a week of a person’s sex and love life – from vanilla love-making to fetishes, threesomes and polyamorous relationships, they reveal it all.

MORE : How I Do It: ‘I’m in a sexless marriage by choice – we’re happier for it’

MORE : How I Do It: ‘Since getting with my boyfriend, I’ve realised I could be pansexual – here’s my week in sex’

Got a sex and relationship problem that needs solving? Email us to get expert advice