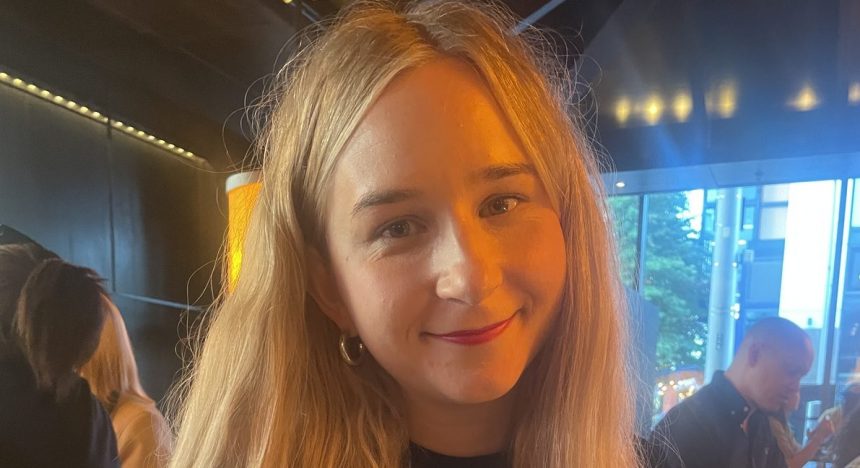 ‘Do you mind if my friend tags along on our date?’ isn’t normally what you want to hear from someone you’ve just started seeing.

But when the woman I was dating suggested a friend of hers join us at Brighton Pride, I was actually quite pleased. I thought the fact she wanted to introduce me to someone she cared about was a sign that things were going well.

After matching on Tinder, Clea* and I had been hanging out for a month or so. We’d enjoyed a game of table tennis, shared a picnic in the park and she’d cooked me dinner (and breakfast!) round her place, where I’d met her housemate and dog. She’d even invited me to a music festival in a few months’ time.

We’d bonded over a shared love of Buffy and an interest in meditation and chatted about everything from politics to books to music. She seemed keen, surprising me by asking on the second date if I wanted children, something I’d not given much thought to at that stage.

I was in my early 20s and although I’d come out as bisexual to a few people as a teenager, at that point I’d never had a proper girlfriend or had the opportunity to be very involved in the queer community. I’d never even been to a Pride event.

So, I didn’t think twice about taking the three-and-a-half-hour-long train trip from Preston, where I’d been visiting a friend for the weekend, to Brighton.

After my big journey, I was looking forward to seeing Clea again, and to meeting her friend Grace*. I’d heard a little bit about her already. Like Clea, she was a lesbian woman and the two of them had been close friends since their university days.

We met at the station and Clea introduced me, explaining that I was bisexual, and that this was my first Pride. As soon as I arrived, the atmosphere seemed frosty.

Grace didn’t smile or return my cheery ‘hello’ and almost immediately begun an in-depth conversation with Clea about the old times they had shared at university, making it impossible to find any inroads into conversation.

As the day went on Grace became more emboldened in expressing her dislike of bisexual women (Picture: Hannah Mackenzie)

I was worried it could be down to Grace feeling like a third wheel, so I chatted away to her, asking questions and trying to find out more about the person I was about to spend a day with.

To my surprise, I was met with monosyllabic answers. I asked her how her weekend had been, and she responded it was ‘fine’, with no further elaboration. Had she been to Brighton Pride before? ‘Yes’.

On a couple of occasions, she even ignored my small talk entirely and stared straight ahead. It felt awkward and I even started wondering if she must be hard of hearing, because I couldn’t understand why else she would be ignoring me so pointedly.

Clea seemed uncomfortable, so I could tell she had noticed, but she mainly just ignored the strange situation that was unfolding.

When we arrived at the park, I started to realise what was bothering Grace. She complained loudly to Clea about how the LGBTQ+ acronym had become too broad. It should have remained as ‘Gay Pride’, rather than including people who shouldn’t really be there, she said, giving me a significant look.

If this had happened today, I’d find it much easier to argue against what she was saying. I’ve known I was bisexual since I was a pre-teen but all I had ever heard from other people growing up was that bisexuals don’t really exist, that they are gay people in denial or straight people looking for attention.

For this reason, having my sexuality acknowledged explicitly at Pride feels hugely important. At the time though I didn’t have the confidence or language to articulate this, so I just told her I didn’t really agree.

At one point when I was talking, Clea stopped me mid-sentence and said sneeringly, ‘You’re wearing a lot of glitter. Did someone tell you that’s what people are supposed to do at Pride?’

And whenever she’d make a reference to something related to queer culture she’d stop, look at me and say coldly, ‘I guess you wouldn’t even know what that is, would you?’

I tried to meet her goading with sincerity. Nobody had told me to wear glitter, I just liked it. Yes, I had heard of that, it was a well-known reference. But after every jibe I would also look to Clea, wondering if she would stick up for me but she just laughed along with her friend.

As the day went on Grace became more emboldened in expressing her dislike of bisexual women. She referenced various bisexual tropes and myths – talking about bi women being promiscuous, confused and more likely to cheat.

I made my excuses and headed home. As the train pulled away, I had a little cry. Since I’d come out, I’d become used to experiencing a lack of understanding about what being bisexual means from some of the straight people in my life, but I’d been looking forward to a sense of community around other queer people. I felt like not only had Grace ruined my date, but she had also ruined my first experience of Pride.

Afterwards I tried to talk to Clea about what had happened, but she just said Grace was a little protective of her, which is why she could be unfriendly to the people she was dating. She also admitted that they had slept together a few times in the past, which made a lot of sense. Maybe Grace had been jealous.

I carried on dating Clea a little longer before I told her I didn’t think it was really working out between us. I found I couldn’t really get past what had happened on that day we’d spent together with Grace.

Since then, I’ve had many very happy times during Pride month with other queer people who affirm and celebrate my sexuality. One year, I marched in the London parade with other bisexual people from BiPride and on another, I went dressed as a giant rainbow with my gay and lesbian friends, none of whom gave the impression that I in any way needed to prove myself to be there.

If I could go back in time to that date, I’d stick up for myself. I now know that I had just as much of a right to be there as Grace and Clea did, and that I didn’t need to stay all day just to be insulted. At the time though, I was so young and unsure of myself. I think part of me didn’t know if what she was saying was justified.

I’m in a long-term relationship now, but if any of my single friends were asked by someone they were dating if a friend could tag along, I’d tell them to think twice before saying yes!

*Names have been changed

MORE : The Navy discharged me for being bisexual – I fought for 26 years to get my medals back

MORE : Cynthia Erivo comes out as bisexual: ‘Nerves and fear have gotten in the way of sharing all of who I am’

MORE : Burlesque and moving to the UK helped me come out as bisexual

And we’ve got some great names on board to help us, too. From a list of famous guest editors taking over the site for a week that includes Rob Rinder, Nicola Adams, Peter Tatchell, Kimberly Hart-Simpson, John Whaite, Anna Richardson and Dr Ranj, as well as the likes of Sir Ian McKellen and Drag Race stars The Vivienne, Lawrence Chaney and Tia Kofi offering their insights.

During Pride Month, which runs from 1 – 30 June, Metro.co.uk will also be supporting Kyiv Pride, a Ukrainian charity forced to work harder than ever to protect the rights of the LGBTQ+ community during times of conflict, and youth homelessness charity AKT. To find out more about their work, and what you can do to support them, click here.

How I Do It: ‘I love blue-balling men – welcome to a week in my sex life’


As A Side Hustle, You Can Make Good Money Using OnlyFans.