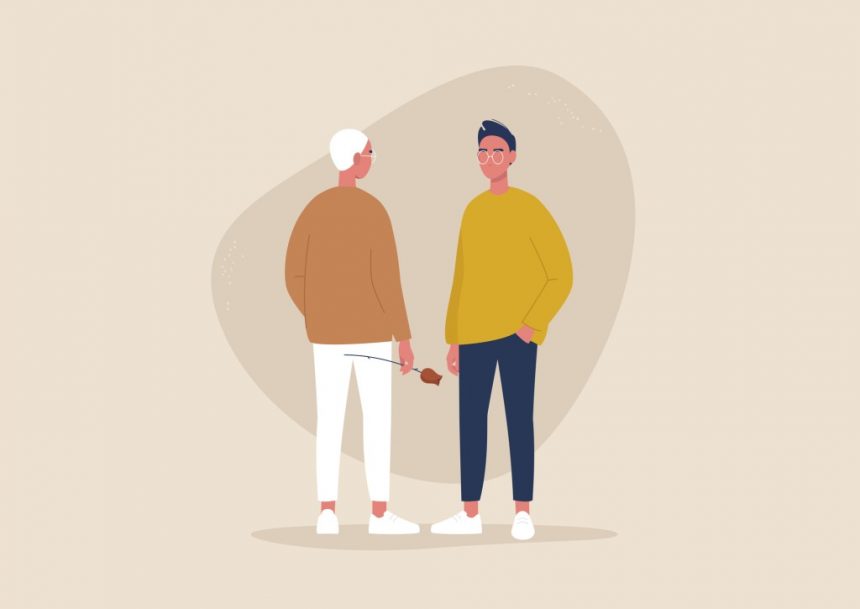 Open your eyes to the warning signs (Picture: Getty Images/iStockphoto)

When you feel that first spark of attraction with someone new, you can’t imagine how things could possibly go wrong.

But we all know that crushing hard can make you not notice glaring red flags, let alone the more subtle signs that something isn’t quite right.

The early warning signs that a relationship could become unhealthy can be even harder to spot.

Cathy Press has been working as working as a psychotherapist and clinical supervisor for over 25 years, specialising in domestic and sexual violence and abuse related issues, so she knows her stuff when it comes to love turning sour.

Her new book, When Love Bites: A Young Person’s Guide To Escaping Harmful, Toxic and Hurtful Relationships, aims to equip people with the knowledge they need to avoid abusive partners, and the tools they need to escape the pattern.

A key part of this is understanding the five toxic types of partner – and then avoiding those at all costs.

What all these types have in common is that they’re the controller – they use one or several behaviours at the same time to coerce you into doing what they want you to do.

Let’s break down the five types.

‘The Charmer is like a wolf in sheep’s clothing,’ Cathy tells Metro.co.uk. ‘At the start of a relationship the Charmer will convince you that they think you are wonderful and that they are really into you, when they are actually luring you into a false sense of security.

‘The Charmer will then re-emerge at those times when you question the way they behave and/or when you want to end your relationship with them.’

When someone’s engaging in The Charmer type, they’ll…

‘The Charmer makes their first impression on you by flirting, telling you the kinds of things you want to hear,’ Cathy continues. ‘As part of their charm offensive they may say that you are just what they’re looking for, that you are special, that they’ve never met anyone like you before.

‘They might make promises about how they will treat you; for example, they might say they would never behave badly towards you or hurt you.

‘When you’re offered a promise at this early stage of getting to know someone who is so charming it can seem believable and therefore it’s easy to be taken in by them.’

Ever heard of lovebombing? That’s The Charmer’s MO. They’ll seduce you with all manner of gifts and affection, all to use as leverage to later control you.

This one can be a bit easier to identify. The Bully operates in anger and fear. They will…

‘Because they look or behave in an aggressive or scary way towards you – for example, whispering or looking angry whilst making threats – you can feel that you have no choice but to do what they want as you are afraid of the consequences otherwise,’ Cathy explains.

‘The Bully likes to create confrontation and may use body language to intimidate you.

‘They may have other significant aggressive behaviours that are designed to make you feel uneasy, like cracking their knuckles, tapping their foot or fingers, gritting their teeth, glaring at you or giving you evil looks and/or sly smiles.

‘The Bully may inflict all kinds of physical assaults on you.

‘Typically, the Bully believes that they have a right to control their partner, that they have some kind of ownership or a “right of entitlement” over them; for instance, if their partner does something they regard as “wrong”, in their mind the partner deserves to be punished for it.

‘They see no need for discussion or negotiation; they will simply coerce you without thinking twice about it.

‘Bullies often believe that they are the dominant partner and that their partner is weaker – no matter the gender.’

Cathy tells us: ‘This character will play mind games with you to such an extent that you can find it difficult to keep a grip on what is actually happening.

‘Bit by bit, the Mindmixer will chip away at your sense of self, how you think, and how you look until you feel completely dismantled, broken and lacking the confidence to trust your own judgement.’

‘If the Charmer puts you on a pedestal at the beginning of your relationship, with comments designed to make you feel great and boost your confidence,’ Cathy notes. ‘The Mindmixer will pull you off that pedestal through a gradual process of putting you down and dismantling your sense of self.

‘Once that is achieved, it is easier for the Controller to use all of their behaviours to establish full control over you.

‘The Mindmixer focuses their abuse on the personal, making comments about the way you think, look and behave.

‘After a time, this could escalate to a point where you begin to believe them more than yourself.

‘When you start changing things about yourself in order to satisfy your partner, you are being coerced by the Mindmixer.’

The Mindmixer is all about playing games (Picture: Getty Images/iStockphoto)

‘The ultimate aim of The Taker is to be sexual with you without forming a truly healthy relationship,’ says Cathy. ‘They will stop at nothing to take what they want.’

‘The Taker will pester you and tell you that you have to do “it” and if you loved them, you would,’ Cathy says. ‘They might suggest that you’re frigid if you don’t want it, which implies there is something wrong with you. They may threaten to cheat on you or to leave you if you don’t have sex with them.

‘The passive aggressive Taker is very good at withdrawing affection from you: they will stop looking at you, smiling at you, making eye contact with you, cuddling you and even though they seem to be wanting sex, they will withhold sex.

‘If they have been flirty and attentive and you have felt sexually desired and wanted at other times in the relationship, and then suddenly they show no interest in you, it can lead you to think you’ve done something bad or wrong.

‘They might resist getting intimate with you at all and in response you may feel responsible to do anything you can to ease the tension and give them what they want.’

Cathy explains: ‘The Keeper’s sole aim is to isolate you from your friends and family, making you dependent on them.

‘Once isolated and on your own, you become easier for them to control. They want you to be with them all the time and will stop at nothing to achieve this.’

‘The Keeper will ensure they become your main focus,’ Cathy says. ‘The easiest way for your partner to get your attention is to tell you they love you so much they can’t be without you.

‘Everyone wants to hear they are loved and special, and you are more likely to accommodate the partner who tells you this. They might say they will be miserable without you.

‘The Keeper might tell you they had trust issues with a previous partner and will insist on going everywhere with you, therefore you can’t do anything alone or with family or friends.

‘If they aren’t interested in going everywhere with you, they might try to put you off doing the things you want to do like going to clubs or spending time on hobbies.

‘The passive aggressive Keeper might prevent you from going out by starting an argument with you just before you are due to set off to visit your friends or family. The argument is designed to hold you up, make you late, or make you feel so rotten that you decide you don’t want to go anymore.

‘If they were meant to be coming out with you, they might use tactics such as not getting ready in time or trying to hold you up by saying they aren’t feeling well; they are concerned about something; they have doubts about one or all of the people you are meeting; they are cynical and negative about your plans, and so on.

‘The Keeper will have made clear to you that you have certain rules to abide by regarding what you can and can’t do.

‘Sadly, when being coerced and abused by the Keeper and believing your friends don’t want to see you anymore, you become more reliant on your partner than ever before.

This reliance and sense of loneliness as well as the ongoing abuse will lead you to feel trapped in the situation.’

What to do if you’re dating one of these types

Spot the signs, take them seriously, and get out of there.

It’s worth talking to a professional to help you safely leave the relationship. Try talking with Refuge or Women’s Aid for guidance and support.

MORE : It took leaving my abusive husband to realise I’m a lesbian

MORE : A psychologist reveals three common communication issues between couples – and how to fix them