Tinder turns 10: Celebrating a decade of swiping right (or left!) 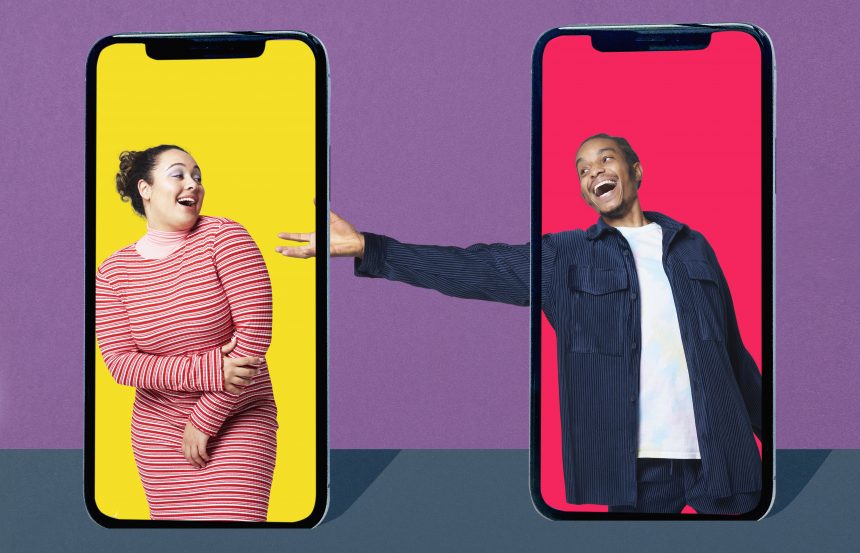 Tinder has transformed dating: meeting prospective partners at parties, bars or through being set up by friends is no longer the norm (Picture: Getty Images)

Many happy returns! The app that gave us an everlasting feed of hook-up opportunities at the tips of our manically swiping fingers turns ten on September 12.

Since it launched on a university campus in Los Angeles, Tinder has transformed the dating landscape.

But at what cost? Before 2012, meeting at parties, bars or on dates set up by friends was the acceptable ‘norm’ for the start of a relationship.

Of course, people still online-dated but it was dogged by stigma – seen by many as the last-chance saloon, populated by perverts and weirdos and anyone who couldn’t find a partner in real life.

Tinder changed all that. Designed for our increasingly mobile lives, it put a seemingly infinite feed of potential matches in the palm of your hand, wherever you are.

Perhaps the highest-profile story of deception related to the app is that of Simon Leviev, known as the Tinder Swindler (Picture: Simon Leviev/Instagram)

Tinder is now available in 190 countries, has been downloaded more than 505 million times and led to more than 70 billion matches.

Every single day, there are four billion swipes made by people looking for love or sex. Every week Tinder is responsible for 1.5 million dates.

It has spawned countless marriages and babies (shout out to the man who supported his Tinder date when she went into labour and is now co-parenting with her).

But for every heart-warming anecdote, there’s an unsavoury one. Netflix’s The Tinder Swindler documentary about conman Simon Leviev is perhaps the most notable deception story relating to the app and there are reports of dates that have ended in assault or rape.

And – like many other dating platforms – Tinder also inadvertently promotes negative behaviours that are, if not criminal, then certainly immoral.

Tinder may have its critics but it has spawned countless successful relationships (Picture: Getty Images)

Our anonymity makes it easy to be flaky, unkind and rude in a way that we simply wouldn’t in face-to-face situations. Meanwhile, so much choice makes us spoilt and impatient – viewing others as disposable objects.

The prevalence of such behaviour speaks to an ‘if you can’t beat them join them’ mentality as people race to the bottom online – with apparent impunity.

It is no surprise that the lexicon Tinder has produced typically relates to treating other people badly: ghosting, benching and breadcrumbing are all variations of casual cruelty.

It is also telling that a 2016 study by the University of North Texas found Tinder users have lower self-esteem than non-users.

Online dating used to be seen as the last-chance saloon, for people who couldn’t find a partner in real life, but now it’s the norm (Picture: Getty Images/iStockphoto)

And then there’s sexism. While Tinder doesn’t produce misogynists (see the entire history of the world for more details) it does, as with other apps, provide a platform to unleash sexist attitudes.

Aileen Barratt, who started the @tindertranslators page on Instagram dedicated to deciphering phrases that appear repeatedly in profile bios and texts, has written a book on the subject.

Tinder Translator: An AZ Of Modern Misogyny will serve as ‘a dictionary of douchebaggery for the modern dater’. (Not that she believes Tinder is necessarily worse than other apps, more that Tinder has become a shorthand to talk about dating apps in general.)

‘Some Tinder bios read like someone is waving a thousand red flags all at once,’ says Barratt. ‘Some are obvious like “swipe left if you’re a feminist” and listing requirements for a partner that include being about to “cook and clean”. Sir, are you looking for a girlfriend or a maid?

‘I’ve yet to come across an app that doesn’t have at least some issues with its reporting systems in terms of harassment.

When I’ve polled my followers, their preferences tend to be for Hinge or Bumble, with Bumble generally having a slightly better track record for dealing with sexism and other forms of prejudice than the rest. The apps with the worst rep by far are Plenty Of Fish and Badoo – I’d say Tinder is in the middle.’

Despite being able to spot one a mile off, Barratt doesn’t believe it’s possible to avoid misogynists online.

Aileen Barratt’s new book is ‘a dictionary of douchebaggery for the modern dater’ (Picture: Supplied)

Author Aileen Barratt says her followers prefer Hinge or Bumble, while the apps with the worst reputation are Plenty Of Fish and Badoo. Tinder is in the middle (Picture: Aileen Barratt)

‘I think there are a lot of men who aren’t even aware that they see women as “other”, who dehumanise us without necessarily meaning to and get very defensive when you try to point this  out,’ she says.

But things do seem to be changing thanks to apps such as Bumble, which is female-centric in that women have to make the first move on people they’ve matched with, and Feeld, which is primarily and openly about hook-ups for the sexually adventurous.

It’s why Tinder is set to launch its Fast Chat: Blind Date feature that prevents users from seeing one another’s pictures until a rapport has been established. This is in response to Gen Z users calling ‘for nostalgia and authentic connections’.

In early testing, people who used the new feature made 40% more matches than those using another Fast Chat feature with visible profiles.

It’s heartening news that suggests a more genuine approach to using dating apps. It’s worth noting societal attitudes to monogamy, marriage and sexuality are changing, which affect how we date.

‘You don’t have to be on the apps, or dating,’ confirms Barrett. ‘Gone are the days when we believed that being single is some sort of failure.’

It’s a vibe Tinder will have to bear in mind if it wants to keep enough of us swiping right to celebrate another decade of its dominance come 2033.

Tinder Translator: An A-Z Of Modern Misogyny by Aileen Barratt (Hardie Grant) is published on October 13.

MORE : We meet sexual partners through friends more than via dating apps – but the gap is narrowing

MORE : I went on three blind dates and each was more terrible than the last